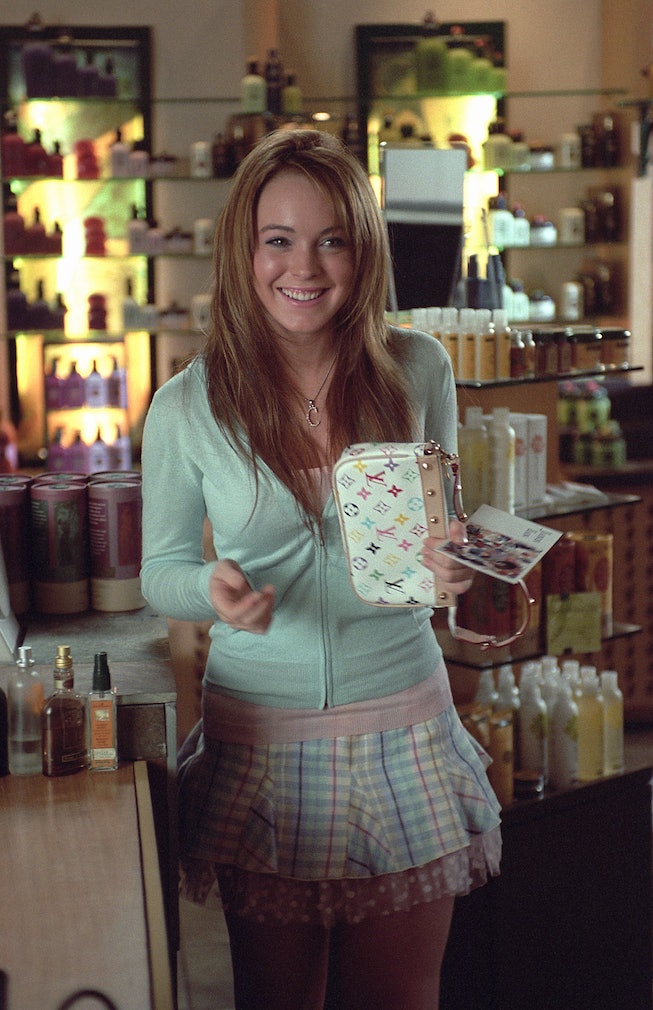 Louis Vuitton has long held an unwavering cult following for its luxury accessories. Famous for its iconic and often-replicated monogram designs, the French fashion house has launched numerous "It" bags over the years. One of the brand's most successful designs also happens to be its most unexpected: a multicolor monogram collection in collaboration with Japanese artist Takashi Murakami.

Absent of its signature brown (or less often, black) background, Louis Vuitton's coveted logo bags were reimagined by Murakami in 2003 by having the famous monogram print covered in a rainbow of 33 different hues on either a white or black canvas. Seen on the arms of Hollywood darlings and trendsetters throughout the early aughts, including Lil' Kim, Jessica Simpson, Nicole Richie, and Paris Hilton, the style become one of the most sought-after bags in fashion history.

Much like Chanel's Classic Flap bag, Dior's Saddle bag, Balenciaga's City bag, and most recently, Telfar's Shopping Bag, garnering "It" bag status seems to involve some or all of the following: exclusivity, either by quantity produced or by price; elite appeal, whether it's a celebrity following or all over your Instagram feed; and an element of freshness. Murakami's cheeky, artistic take appeared to have checked all three of those boxes.

"It was just the kind of bag that appealed to celebrities at the time, when 'logomania' was trending, which is the same case today in 2020," Charles Gorra, CEO and founder of Rebag, tells NYLON.

Looking back at a time when Juicy Couture velour sweatsuits were popular and sartorial maximalism was at its height, the Louis Vuitton and Murakami collaboration was a concoction of exactly what tastemakers wanted. "The vibrant colors appealed to a multi-generational customer base," says Rachel Makar, director of luxury at StockX. "It attracted a younger audience while giving existing clientele something fresh. It really opened the brand up to a new consumer base outside of the classic, traditional customer."

In 2003, Louis Vuitton was six years into the Marc Jacobs Era, an unofficial title that refers to the 16 years Jacobs spent at the helm. Having debuted Louis Vuitton's first-ever ready-to-wear collections for men and women just a few years before, Jacobs was on to the next turning point move in the high-end brand's history — collaborating with various artists to reinvent its classic pieces. In 2001, Jacobs already tapped artist and designer Stephen Sprouse for a monogram-meets-graffiti collection, making Murakami its second artist collaboration.

Because Louis Vuitton already had a solid customer base in Japan — researchers say that 94% of women in their 20s in Tokyo own at least one piece from the brand — the multicolor line was essentially well-positioned to take off. "The fact that it started as a limited release and was a collaboration between the most popular brand in Japan and a wildly popular Japanese artist set the stage for a phenomenon," says Sarah Davis, founder and president of Fashionphile.

The bags were so successful that what was intended to be a limited-edition collection soon turned into a long-term partnership between Louis Vuitton and Murakami, and is the longest-standing Louis Vuitton collaboration to date. But as the popularity of most "It" bags ebb and flow (and some declining in desirability permanently), so did the multicolor monogram bags. Marc Jacobs departed from Louis Vuitton in 2013 to focus on his own namesake label, and Louis Vuitton announced an end to its run with Murakami in 2015, removing every trace of the pop-art-inspired, rainbow-tinted bags from its stores.

Having already hit the booming resale market by this point, Louis Vuitton discontinuing the Murakami-designed collection didn't necessarily influence a spike in prices for secondhand pieces. What did, however, in recent years, is the rise of nostalgia-driven fashion trends, along with a few nudges from the Kardashian-Jenner clan.

"In the past couple of years, we've seen overall demand for Louis Vuitton's Murakami multicolor line increase each year," notes Avelinda Garcia, senior authenticator at The RealReal, adding that the white colorway typically sells better among customers than the black. "This year alone, we saw demand increase 37% compared to last year. And, interestingly enough, despite COVID, sales for [the] Murakami multicolor line increased."

Vestiaire Collective says searches on its site for Louis Vuitton's multicolor bags double in the last two months, while StockX reports the bags are currently some of its best-selling limited-edition pieces. Specifically, the Speedy HL — the mini top-handle style that Kim Kardashian gifted her sisters and nieces in black in 2018, and Kylie Jenner recently gifted her 2-year-old daughter, Stormi, in white — has seen a large jump in resale price, from $370 in 2017 to as high as $2,000 today — a 400% increase.

Because history often repeats itself in the fashion world, it feels, yet again, like the perfect opportunity for Louis Vuitton's Murakami multicolor collaboration to thrive. With logomania on the rise again — throwback pieces like Fendi's logo baguette are being furiously sought after, as well —  and because Murakami still possesses ties to Louis Vuitton through a friendship with Men's Wear Artistic Director Virgil Abloh, let's just say a reissue of the line doesn't sound too far-fetched. And if the "It" bag reigned once, it can reign again.