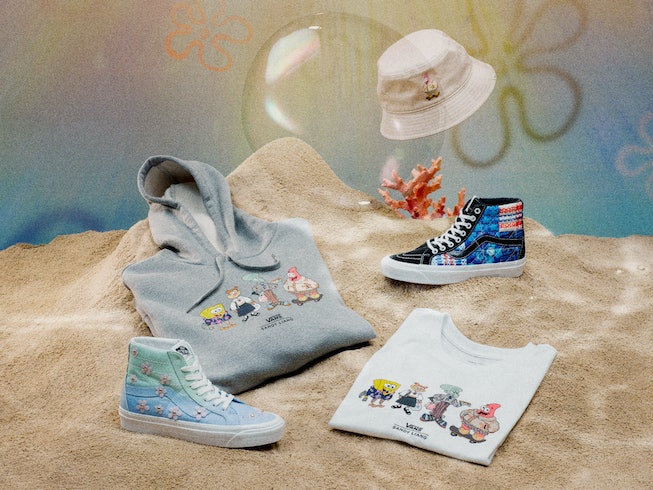 Sandy Liang has never been shy about her love for SpongeBob SquarePants. In 2019, she teamed up with Nickelodeon to release a T-shirt showing the Bikini Botton crew decked out in Liang’s designs. Now the designer has partnered with Vans on a five-piece capsule collection of inspired wares, including two sneaker styles.

“I wanted to refer back to Bikini Bottom whenever possible, but also while bringing the characters more into the real world, as in my version of the Lower East Side,” Liang told Teen Vogue. “I didn't want any of the outfits to feel too costumey and it was important that each of their outfits could be something I could see translated into a real garment.”

“The mixed print shoe is a collage of different textiles and prints I was inspired by,” said Liang. “The plaid is taken from the Chinatown checkered laundry storage totes, and the other prints were taken from the intro title backgrounds of different SpongeBob episodes.”

The Vans x SpongeBob SquarePants by Sandy Liang will be available on June 4 on Vans’ website, at Vans retailers, as well as Foot Locker’s Greenhouse app. Check out photos of the collection, below.