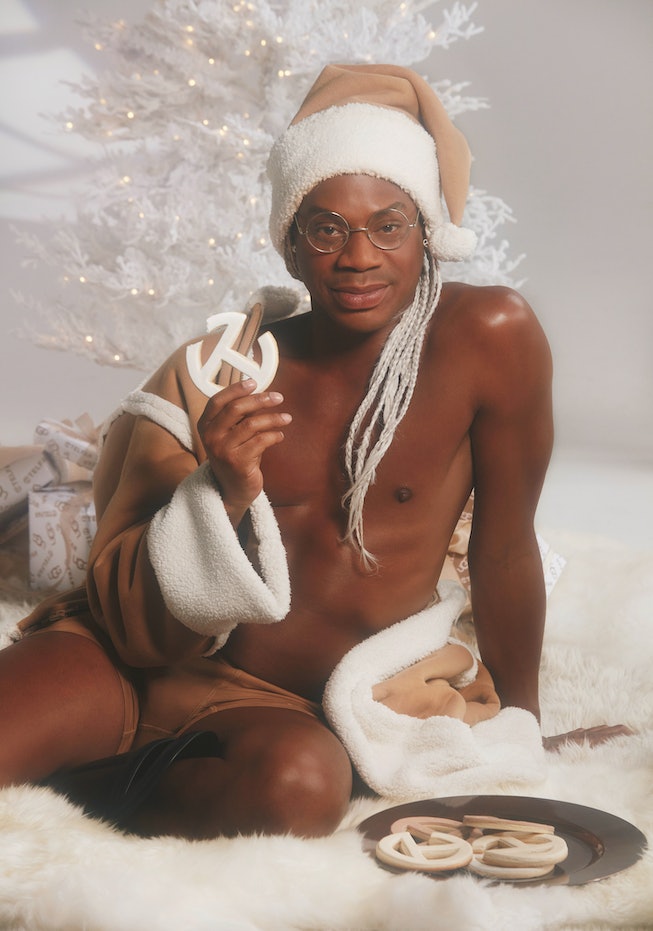 The holidays have officially been saved. Telfar and UGG have announced that they will be holding a 24-hour pre-sale for two new bag styles from their upcoming collaboration.

On Monday, Nov. 30, at 9 a.m. EST, shoppers can go to Telfar's e-commerce site and secure their bag, which comes in shearling and suede options. Telfar and UGG will even send you a Christmas card that's set to arrive before Christmas Eve, followed by the shipment of the bag, which will arrive between March and Juneteenth 2021.

Telfar bags have been hard to come by, with its usual drops selling out within seconds. While you may want your bag as soon as possible, this pre-sale is the only way to guarantee you will get a bag at all.

Back in September, Telfar announced its upcoming collaboration with UGG, which is set to debut in full sometime next year.

"I find UGG really sexy — a soft kind of rugged," Clemens said in an official statement. "I have made unofficial, unauthorized UGG boots in two shows already dating back to 2010. So, I've always been obsessed with a certain kind of ubiquity and when something really unique ends up on everybody. What I want to do is get down to the DNA of UGG and see what genes we have in common. To get down to the core of that feeling."

Mark your calendars, and have a happy Telfar holiday.