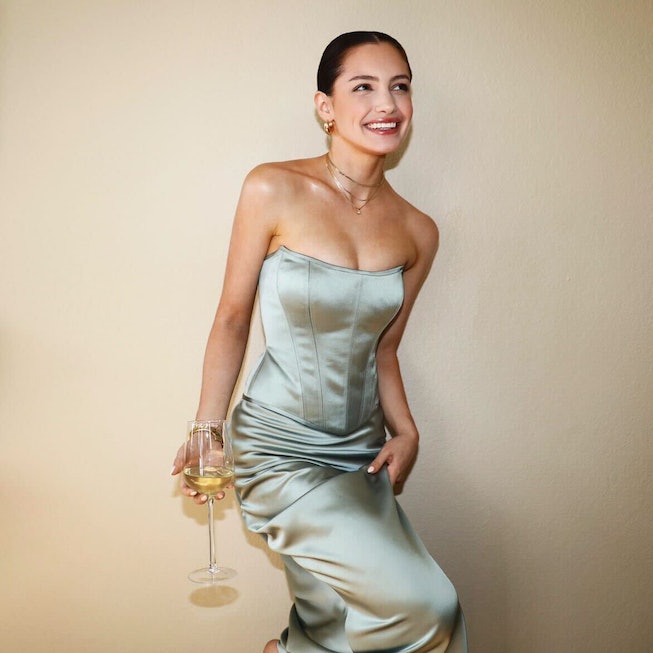 You know what they say: Fashion is an endless cycle. Iconic 2000s staples like low-rise jeans and chunky flip flops are back in mainstream fashion. ‘90s grunge is often found in thrift stores around the country, bringing back the heavy use of leather and lace. ‘70s bell-bottoms and knee-high platform boots can be seen on fashion lovers everywhere. Well, another key part of fashion history has once again surged, this time going back a few centuries instead of a couple decades. Since the 16th century, corsets were the ideal shapewear for men and women alike. A corset’s use has evolved throughout the years, from creating a cyclical shape in the 16th century to accentuating an hourglass figure in the 21st century.

In recent years, people have begun wearing corsets once again — sourcing their favorite mass-market distributors to participate in the ever-evolving trend. It can be found consistently on social media platforms like TikTok and Instagram, with creators sharing insight on where they purchased their corset, how to style it, and even how to make your own. Corsets instantly became accessible for anyone, regardless of body shape, aesthetic, or financial accessibility. However, you’re not alone if you’re still trying to figure out how to wear them. Is there a certain type you should buy for maximum support? And you can’t forget about the itty-bitty-titty community — what corset should they purchase? Keep reading to learn more about the history of this timeless garment as well as how to wear a corset like a true trendsetter.

How Did The Corset Trend Start?

TikTok creators started posting their love for corsets in early 2021. At the time, fashion enthusiasts weren’t exactly sure where the best corsets were sold, so they turned to Amazon. Platform-wide, fashion influencers began posting videos wearing very similar corsets. The hashtag #AmazonCorset has over 26 million videos, with thousands of content creators sharing try-on hauls with their followers. The “Famous Amazon Corset,” as TikTok creators called it, was sold out on Amazon for more than two months after the trend began in January 2021. Since then, other brands have released more corset-inspired designs — stores like Urban Outfitters, Anthropologie, and Target. Corsets also began appearing more on the runway in shows like Dior, Mugler, Versace, and Balmain. Once again, social media had a powerful, global impact on the fashion industry.

From there, corsets became a staple in any fashion lover’s wardrobe. #CorsetTok, with over 60 million views, became a safe corner of the internet that has only flourished since. Kricket Luckow’s TikTok is entirely dedicated to corsets and the intricacy behind them. From her passion for corsetry, Luckow has created her very own business, teaching people how to wear and make their own corsets. On July 15, 2022, Luckow received over 2.5 million views on a video of her comparing the viral Amazon corset and a traditional corset that she made. Luckow’s corset content has inspired and provided insight to millions of viewers.

“Most modern manufactured corsets on the market today could be considered ‘fashionable tops’ compared to a corset with a pattern that includes waist reduction to alter your silhouette. The art of corsetry is quite glamorous, so I am happy they have come back into style,” Luckow tells NYLON. Luckow began her TikTok journey to promote her online sewing course, “Creating Corsetry,” where she teaches students how to create their own corset — an element of #CorsetTok that fashion enthusiasts have started to delve into. “Because corsetry could be considered a niche interest, I am overjoyed by how many people are interested in learning more about the developmental process of corsetry, as well as the history of corsets,” Luckow says.

How To Wear A Corset

As Luckow stated, corsets are no longer only considered shapewear. Their purposes have expanded to function more as an everyday top. You could wear a corset paired with your favorite jeans for more of a casual look, or pair it over a dress for a dramatic outfit for a night out on the town. The possibilities are endless. Luckow loves to wear a corset over her clothing in an effort to showcase her intricate designs. “However you may choose to wear them, corsets are very versatile! Some consider them lingerie, while others consider them a fashion statement,” Luckow said. “Anyone can wear a corset. A well-fitted corset should be unique to you and be drafted with your body in mind for the best fit.”

“I like to wear my corsets above slip dresses to add something extra to the classic yet simplistic look. Mixing corsetry with silk gives an overall luxurious feeling to any outfit. I wear my cupped corsets as a top, mixing and matching it with a pair of leather slacks, a silk long skirt, or even jeans for a casual look,” Luckow said.

When purchasing a corset, you want to make sure it’s big enough that it won’t cause discomfort at the chest area, but also small enough that it will hug the natural curves of your body. To find a corset that suits you, try measuring your upper body first — chest, waist, and hips. Each corset distributor should have a size chart that you can reference to find the right corset for your body.

Corsets can be paired with whatever aesthetic you resonate with. Whether you gravitate toward cottagecore, grunge, Y2K, or glam, a corset can be integrated into your look seamlessly.

TikTok has made a once intimidating and daunting garment accessible for all kinds of fashion lovers. From minimalists to maximalists and every aesthetic in between, wearing a corset is complimentary and will only elevate any look. Whether you head to Amazon, invest in a custom corset made to fit you, or purchase a handmade corset from Luckow, corsets are an easy addition to your wardrobe. Don’t be afraid to make a corset your new statement piece. They seriously go with everything.