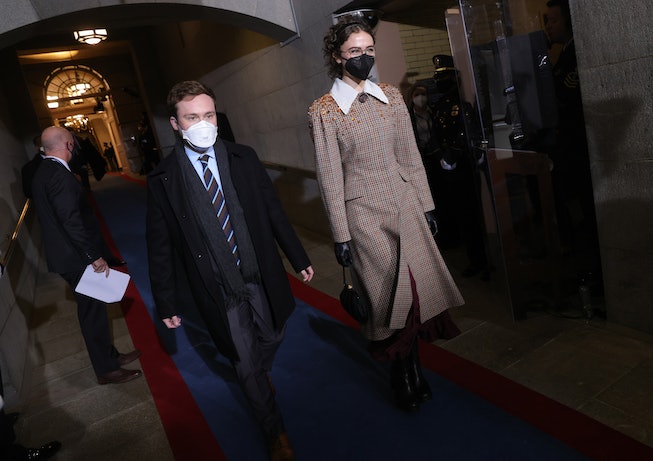 January 20 is a historic day with Kamala Harris becoming the first woman Vice President of the United States. While Harris has made a strong stance with her inauguration fashion choices, wearing exclusively Black American designers, it's her step-daughter Ella Emhoff who's kind of stealing the show.

Emhoff arrived at the Capitol on Wednesday wearing a plaid embellished Miu Miu coat, and somewhere Miuccia Prada is scrambling to draft up a contract for her to star in the brand's next campaign. On Tuesday evening, the Parsons student attended the COVID memorial at the National Mall, seemingly after a re-watch of Gossip Girl, wearing a Thom Browne look complete with a striped tie, pleated skirt, and wool double-breasted coat.

Somehow, the Trump administration managed to turn fashion offensive over the past four years, with everyone in Trump's orbit making style choices that ranged from dull and ill-fitted to racist and disrespectful. There has been a tangible dearth of smart and progressive fashion in the White House since 2017. No longer, baby!

Check out Emhoff's inauguration looks, below.