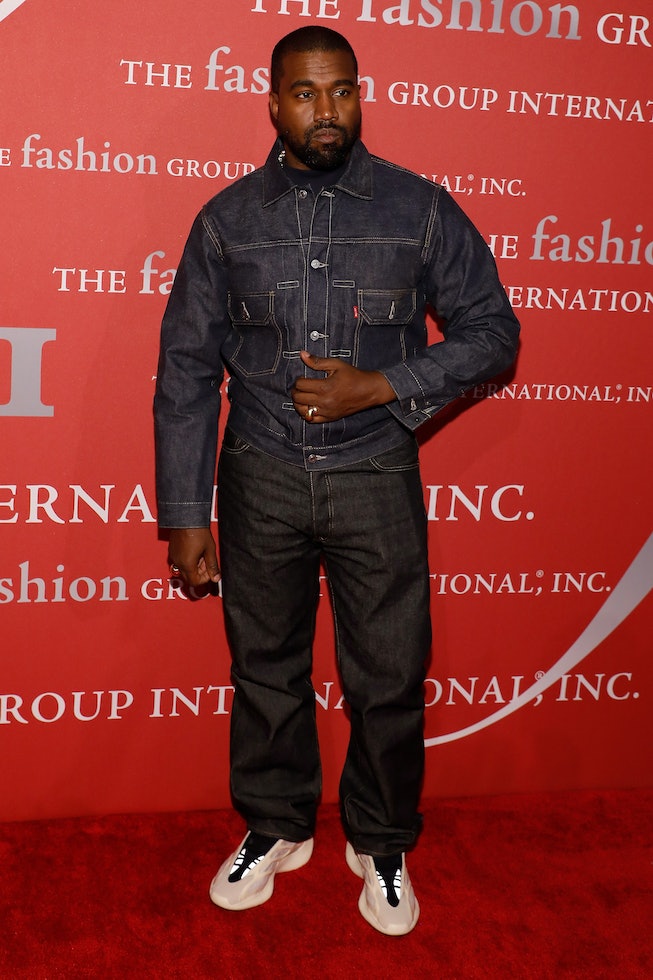 Editor’s Note: This post has been updated from its original version to include a tentative launch date for Yeezy Gap.

Kanye West has a new collaboration deal. On Friday, June 26, 2020, his brand Yeezy announced a 10-year partnership with the Gap on a new fashion line called Yeezy Gap, which will officially launch during the end of June 2021, according to Business of Fashion, and offer apparel for women, men, and children across Gap stores and online at an accessible price point.

West teaming up with the Gap is a full-circle moment for the rapper-turned-designer — one of his first jobs was working retail at one of its stores as a teen growing up in Chicago.

"We are excited to welcome Kanye back to the Gap family as a creative visionary, building on the aesthetic and success of his Yeezy brand and together defining a next-level retail partnership," said Mark Breitbard, Global Head of Gap Brand, in an official statement.

West has had longtime aspirations to design for the Gap, which he's brought up in past interviews, including Style.com in 2015. "When I say Steve Jobs of the Gap...I'm not talking about a capsule. I'm talking about full Hedi Slimane creative control of the Gap is what I would like to do," he said. West's wife Kim Kardashian sweetly recalled this goal as well, saying on Twitter: "If anyone knows Kanye they know how much the Gap and Yeezy means to him so this partnership is his dream come true! I am so proud of him. You guys are going to love what they have in store for everyone!"

It was also announced on Friday that Mowalola Ogunlesi, the Nigerian designer behind the London-based brand Mowalola, will be Yeezy Gap's Design Director. In the Kardashian-West's family portrait for Father's Day, which was recently shared on Instagram, Ogunlesi created custom outfits for Kim, Kanye, and their oldest daughter North.

Not only will West and his studio team create "modern, elevated basics," but "over time," he'll have the opportunity to extend Yeezy Gap's aesthetic across Gap stores and digital channels, according to the announcement's details. And since West has sole ownership of his Yeezy brand, he'll receive royalties and potential equity, based on the launch's sales performance.

Earlier in 2020, Gap announced another exciting partnership with Telfar, widely known for its bestselling Shopping Bag or "Bushwick Birkin," which was met with high anticipation and expected to drop this year. However, due to the COVID-19 pandemic, that collaboration has been "postponed indefinitely," according to the Business of Fashion.

On June 27, Gap confirmed to Business of Fashion that it would not be moving forward with its Telfar collaboration, noting that it still planned to pay the brand.

“While we’ve chosen not to move forward with the Gap x Telfar partnership at this time, we’re making whole on our payment regardless and have only respect and appreciation for Telfar’s time and vision," Gap said in a statement.

See a sneak peek of what to expect from Yeezy Gap, according to a tweet from West himself, below.