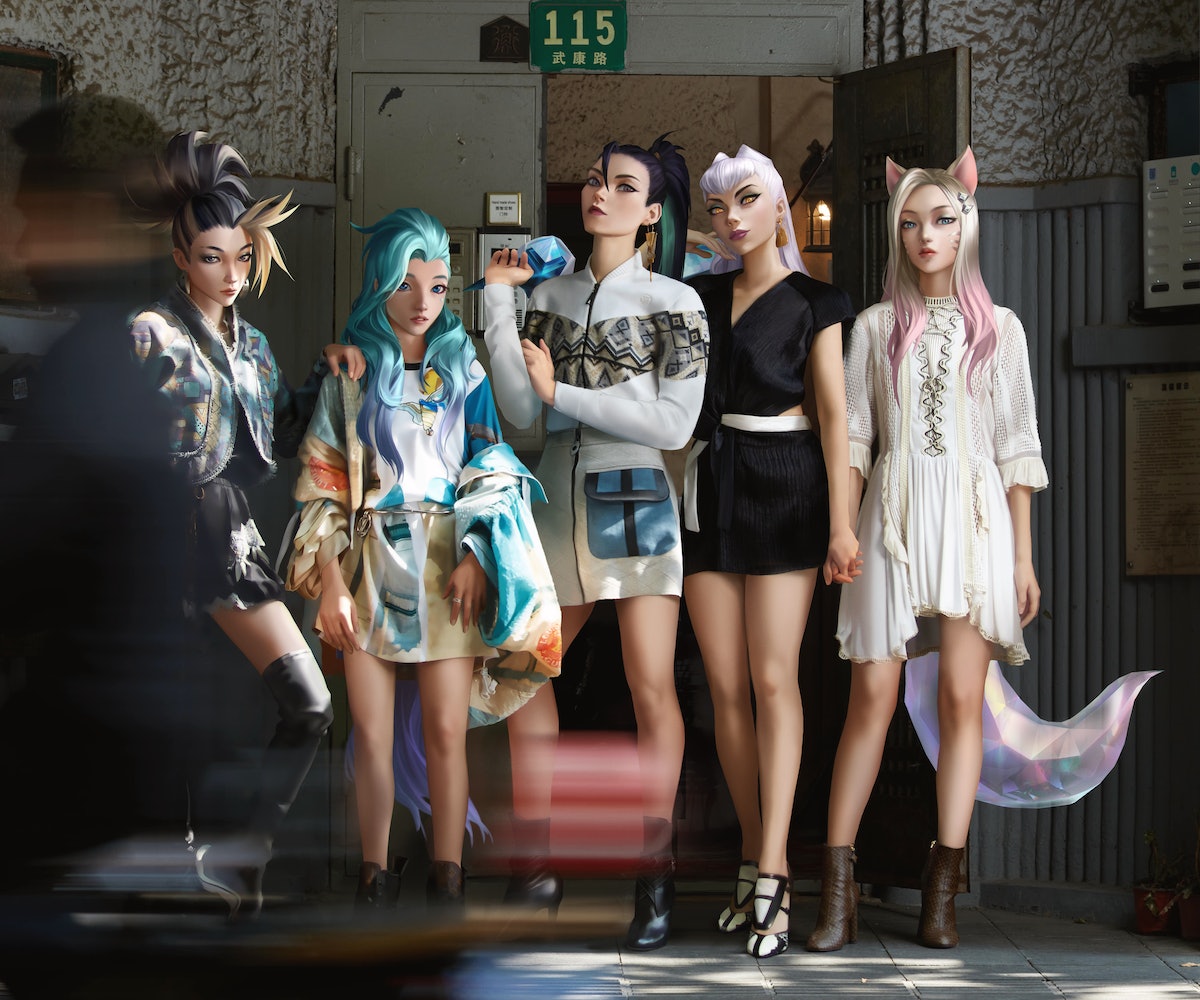 Upon the release of their anticipated debut EP All Out, Riot Games' K/DA has teamed up with Louis Vuitton to showcase some of Artistic Director Nicolas Ghesquière's past collections. The new imagery, exclusively shared with NYLON on Friday, features members Ahri, Akali, Evelynn, and Kai'Sa, along with virtual influencer and guest artist/collaborator Seraphine, wearing looks ranging from Fall 2014 to Spring 2019. (Ghesquiére joined Louis Vuitton in 2013, following the departure of Marc Jacobs.)

The League of Legends virtual pop group first came onto the music and gaming scene in 2018 with the release of "Pop/Stars" at the League of Legends World Championship in South Korea. Over the past two years, they've built a massive following across the globe, similarly to virtual music artists like Hatsune Miku and Gorillaz, and their recent partnership with Louis Vuitton is proof that the group could soon become fashion darlings, too.

Ghesquière, one who often references futurism and sci-fi for inspiration, and the French house have teamed up with League of Legends before. In 2019 and 2020, Louis Vuitton designed the trophy travel case for the Summoner's Cup, which is awarded to the winner of the League of Legends World Championship. Plus, Ghesquière dropped a Louis Vuitton capsule collection in collaboration with Riot Games, including biker shorts, sweats, mini bags, leather jackets, and more. He also designed skins for League of Legends champions Senna and Qiyana for users to purchase within the game.

Though there are no plans for more drops or future capsules at this time, we're hoping this won't be the first and only time we see K/DA in the fashion-meets-gaming space.

See the exclusive imagery of K/DA in collaboration with Louis Vuitton, below.