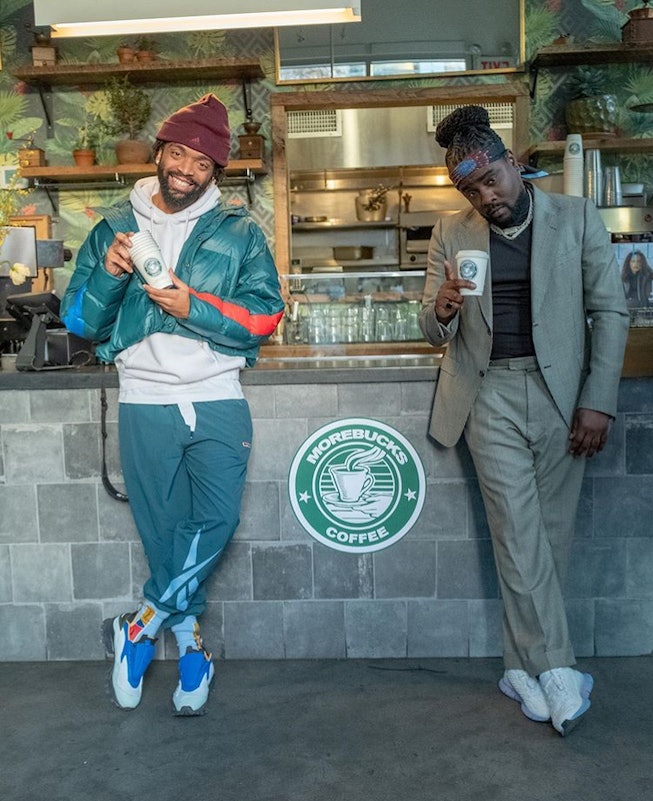 Courtesy of The Hinton Group

Pyer Moss founder and designer Kerby Jean-Raymond has stepped into the director's chair for a seven-minute short film for Wale’s latest single "Sue Me," featuring Kelly Price. The video, released on Wednesday, flips the story of life for a Black teen and instead has a young white man experiencing those struggles for the first time. Oh, and the white teen is played by Oscar-nominated Lucas Hedges.

"What if you could walk through a day in the life of an average African-American young man? What would you see? What would you hear? What would you face?" said Wale in an official statement. "We wanted to redefine the whole narrative and allow everybody to step into these shoes. I've never been more proud of a video than what we did here. Kerby really brought this vision to life, and Reebok helped make it a reality. I hope it makes you think a little. While you're thinking, stay safe and stay home!"

The video is Jean-Raymond's directorial debut, and staying true to form, he's using his creative platform for a greater cause. At the end of the short film, he included a clip of Aaron DeShawn Campbell, who's currently incarcerated in Ohio at a prison where Covid-19 has already killed 19 people.

"The brother in the last minute of the video is Aaron DeShawn Campbell," Jean-Raymond tweeted. "He's being held in solitary confinement at Elkton. We had to get permission to use his video from his family. He still needs a way out."

You can check out the full video for Wale's "Sue Me," below.