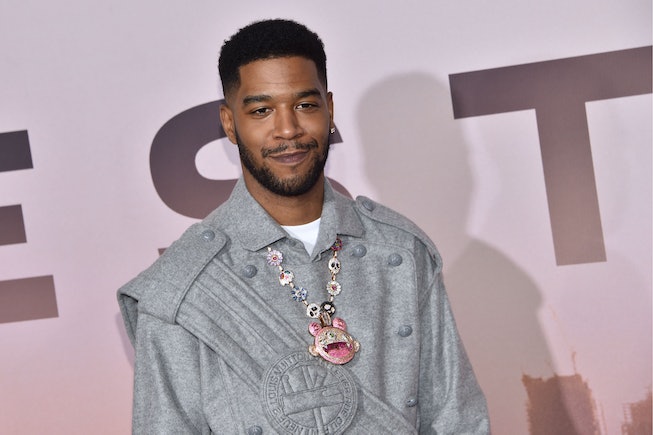 Kid Cudi’s floral dress from this weekend’s SNL certainly got people talking. The gender-bending tribute to Kurt Cobain, just a few days after the 27th anniversary of his death, was a custom look for Cudi created by Virgil Abloh for Off-White. The designer spoke to GQ about the vision behind the dress and what he hopes viewers will take from it.

“2020 was a year of reckoning about how the system in place that governs us as people is out of date. My work exists in the space of pop culture,” Abloh said. “Gender norms and racial freedoms are amongst the most important things in society that need to be updated. As a fashion designer, moments like this let me know that there is space for intellect and risk for the sake of expanding space. I could care less about the attention. I hope today there’s some kid in middle America that feels empowered by what Cudi used our privilege and platform to do.”

Cudi reached out to Abloh, a friend of his for over 10 years, and told the designer he needed a dress for SNL. What happened after was fashion history, and the next stone laid in the path of womenswear as menswear.

Plus, it just so happens to be a sneak peek into Cudi’s upcoming collaboration with Off-White, which he announced after his performance via Twitter and was later confirmed by the brand to NYLON on Monday.

Check out Kid Cudi performing “Sad People” in his custom floral dress on SNL, below.

Megan Thee Stallion may have tagged her Fashion Nova shorts, but it’s hard not to lust after her diamond watch and checkered-print nails.

Demi Lovato suited up in green for her appearance on The Tonight Show.

For someone who can barely remember the early 2000s, Addison Rae has channeled the era’s fashion well.

SZA styled her own merch, showing off the final product on Instagram.

It would not be a shock if Charli XCX had just watched Edward Scissorhands before posting this fit.

Billie Eilish paired the old with the new, wearing a brown sweater by Brainwash Academy with a pair of vintage Burberry denim shorts.

Chiara Ferragni cozied up in the By Samii Ryan x Care Bears collab.

H.E.R. knows that when you’re riding in the P.J., any ol’ matching set won’t do. The singer is wearing a printed silk twill set from Dior, along with a black book tote.