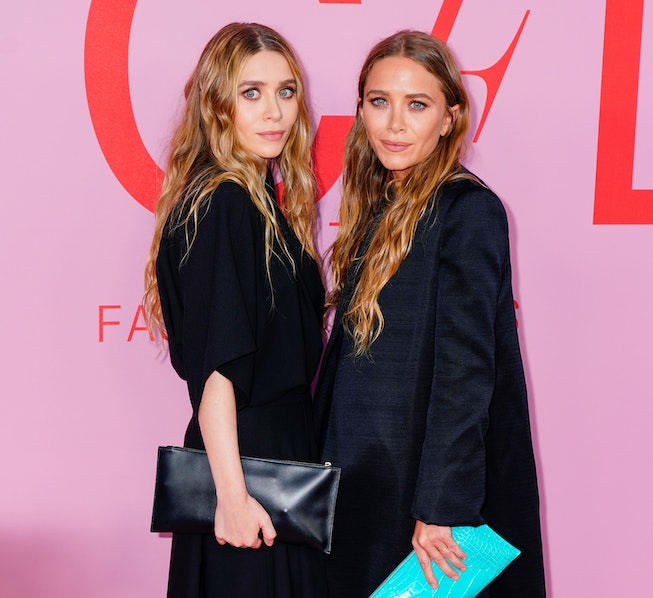 Since leaving Hollywood for the fashion world over a decade ago, Mary-Kate and Ashley Olsen have all but left the spotlight, showing up sparsely on red carpets and rarely giving interviews. Their beloved fashion label The Row is now 15 years old, and to commemorate the occasion the Olsen sisters spoke to i-D on growing the brand and their unique approach to the industry, particularly the stripped-down fashion shows.

“I guess the first show we did really was in more of a traditional show format and I remember walking away being like, ‘I can’t do this again!’ I think that is why we really started to explore presenting in a more intimate environment,” Ashley Olsen told i-D. “It’s more work for us — we have to do three shows instead of one — and it’s definitely a lot more effort, but it’s really about eliminating the noise in the room.”

“It’s hard to talk about a show because you remember all the negatives,” added Mary-Kate. “I would say over the past few collections the shows have felt more streamlined. Not that it’s an easy process but it’s a bit easier now.”

Wladimir Schall, a composer, DJ, and collaborator for The Row, also shared his recollections of producing a runway show with the Olsens. If their monthly Spotify playlists are any indication, music, of course, heavily inspires them when it comes to presenting their collections.

“They are researching music all year long. They follow what they think is right for the show, [rather] than trying to be something else. It’s a very interesting process. A lot of people are afraid of a radical sound. But they’re even thinking about the way it will be played,” said Schall. “Before one show, they went to a speaker factory to design a speaker tailored to the sound in their show space. Once, they were like, ‘Oh, we were listening to The Smiths’, and I said, you know what? Let’s just buy a vinyl record of The Smiths and play the whole album, with the silences in between the songs. And it made sense because it was just so natural.”

The Olsens aren’t the only ones who appreciate the low-key runway shows. Gigi Hadid, who most recently modeled for The Row’s Fall 2020 collection, told i-D that she feels “very understood” by the two designers and walks the shows “with comfort and gratitude.”

“When I think about being in their shows it’s something that’s very calm, quiet, not over-exposed. They don’t have a thousand photographers backstage. There’s not even that many photographers on the runway. That comes from them,” Hadid said. “They want to put out their art without feeling too exposed or too vulnerable or used for the wrong reasons. They don’t want people showing up like ‘I’m here for the Mary-Kate and Ashley show.’ They want people to come and respect the clothing.”

Read the rest of Mary-Kate and Ashley’s interview over on i-D’s website.

NEXT UP
Culture
An Exhaustive Breakdown Of The Balenciaga Controversy
Culture
NYLON Party Report Card: Partying With The Stars & 94 Foot Long Whale At The Natural History Museum Gala
Fashion
Rita Ora’s Gills-Inspired Beauty Stole The Show At The British Fashion Awards
Culture
Mowalola Teams Up With Bratz For A Daring, High Fashion Collection