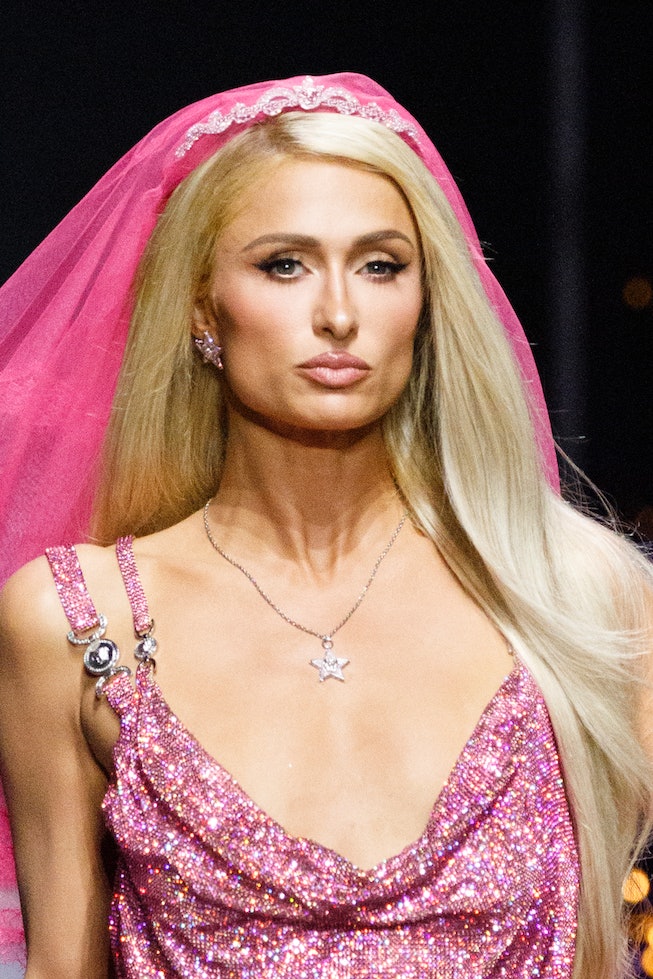 As we all know by now, what’s old is new, and new, and new again. Though fashion is always cyclical, recent runway seasons appear to be steadily leaning into the same cycles: ’90s and 2000s throwbacks. That notion has never been clearer as it was last week in Milan during fashion week.

Take the Versace show, for example, which has done a brilliant job of recreating some of its most memorable moments (ahem, the J.Lo dress). For Spring/Summer 2023, the Italian fashion house tapped recently married Paris Hilton to wear a perfectly pink, Barbiecore bridal look, complete with a a sparkly minidress not too dissimilar to the one she wore at her 21st birthday in 2002.

Gucci, which delivered arguably the most buzzed about show of the week when it sent pairs of identical twins down the runway, combined two old favorites: Gremlins (both on the actual clothing and in stuffed-animal versions carried by models down the runway) and lyrics to iconic identical twins Mary-Kate and Ashley Olsen song blaring through the sound system.

There were nods to a few aspects of the early aughts that are perhaps a bit less universally welcome, too — ultra low-rise jeans, for starters. They were on full display at the highly anticipated Blumarine show, as was denim on denim ruffled bell bottoms and mermaid motif paying homage to, you guessed it, The Little Mermaid.

Ahead, a look at all the nostalgic goodness from Milan Fashion Week.