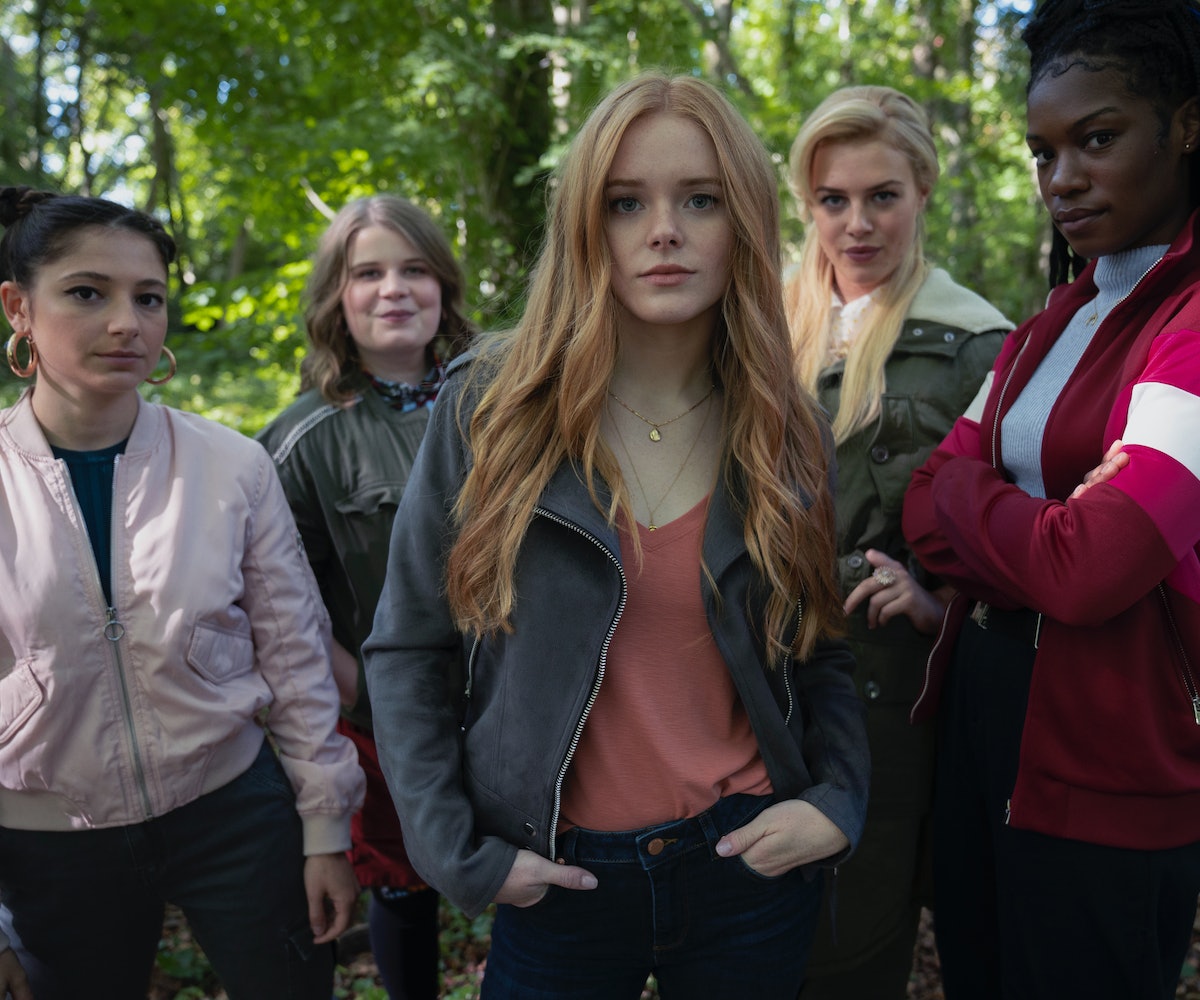 When Netflix released their live-action Winx Club remake in January, reactions ranged from mild "????"s to flat-out anger. Though, not without reason. In the streaming giant's attempt to sell another teen fantasy show (see: Sabrina, The Order, etc), Netflix took its creative liberties with the beloved cartoon, which ended in 2009. While the original animation was a huge hit and easily recognized for its technicolor iconography and fashion appeal, Fate: The Winx Saga is nothing like its genesis.

At the time of its original release in the early aughts, comic-oriented shows tended to favor male protagonists: Danny Phantom, Jake Long: American Dragon, The Fairly Oddparents, to name a few. Winx Club was a relief and outlier in the same way Sailor Moon and Totally Spies revolutionized the animation space. In the Winx Club universe, there was no "right" way to be a girl, and female friendships weren't just praised, it was the crux of the show. Winx Club empowered young children to embrace femininity and fashion in a way that wasn't dismissive or superficial. With the live-action show, that magic was stripped away in favor of "realism."

Objectively, the plot of Fate: The Winx Saga is not bad. But understandably, viewers are having a difficult time separating the cartoon from the live-action version, particularly during a time when lockdown has millions of people returning to their childhood homes and looking nostalgically at what used to bring joy during simpler times. As fashion historian Rachel Weingarten plainly puts it: "With Winx Club, fans feel especially betrayed since fashion was a huge part of the story. If you drain the personality and vivid color out of a series, you tend to alienate those who loved it for especially those reasons."

Winx Club's fashion aesthetic wasn't just an accessory to the plot — it was the backbone of who each girl was. Fashion, at its core, goes beyond clothing: It's a statement and though it's oftentimes ridiculed for being vapid, it can be an incredible ode to who a person is and what they stand for. Winx Club, like Sailor Moon, was able to tie fashion with identity in a way that didn't feel condescending and it came at a time when young women were easily dismissed for having an interest in fashion at all. In many ways, Winx Club was the best of both worlds: an important cross-section where one can understand the nuances of good versus evil and still find joy in personal style.

"Most of us grew up with cartoons and comics that helped us define either our aspirational lives or our fantasy selves. And a huge part of that was fashion," says Weingarten. "We took cues from the characters we most related to and even those we hated. And since for most girls and women, fashion can be such a nightmare to navigate — example: every sexy Halloween costume ever — it's safer and easier to sometimes delve into the cartoon world."

In the live-action Winx Club, that is not the case. Fashion was put on the back burner and as fans were quick to point out, it's not due to the lack of original material. Fate: The Winx Saga fell prey to the old-as-time idea that women can't have depth and care about fashion. In its attempts to make the series grittier, they erased one of the most important tenets of what made Winx Club so special in the first place.

The outright rejection of fashion itself tells more about the remake than any dialogue ever could — though, the other issues of the show, specifically the whitewashing of pivotal characters, are not to be overlooked. For example, it feels tired and lazy that the only plus-size character, Terra (the Flora equivalent), has the most unremarkable clothing options out of all the girls, despite the plethora of incredible designers who specifically create for plus-size audiences. Rather than using the opportunity to show that plus-sized characters can love their appearance and look great in whatever they wear, the show leaned into the harmful myth that fat people are, at best, wallflower material.

It has yet to be officially confirmed whether Fate: The Winx Saga is being renewed for a second season (though it's looking more likely than not), but if production does pick up again, it's only in their best interest to reevaluate how the incorporation of fashion can only strengthen the series. Without it, the live-action will only continue to pale (at best) and stand against (at worst) what made the original series so iconic in the first place.