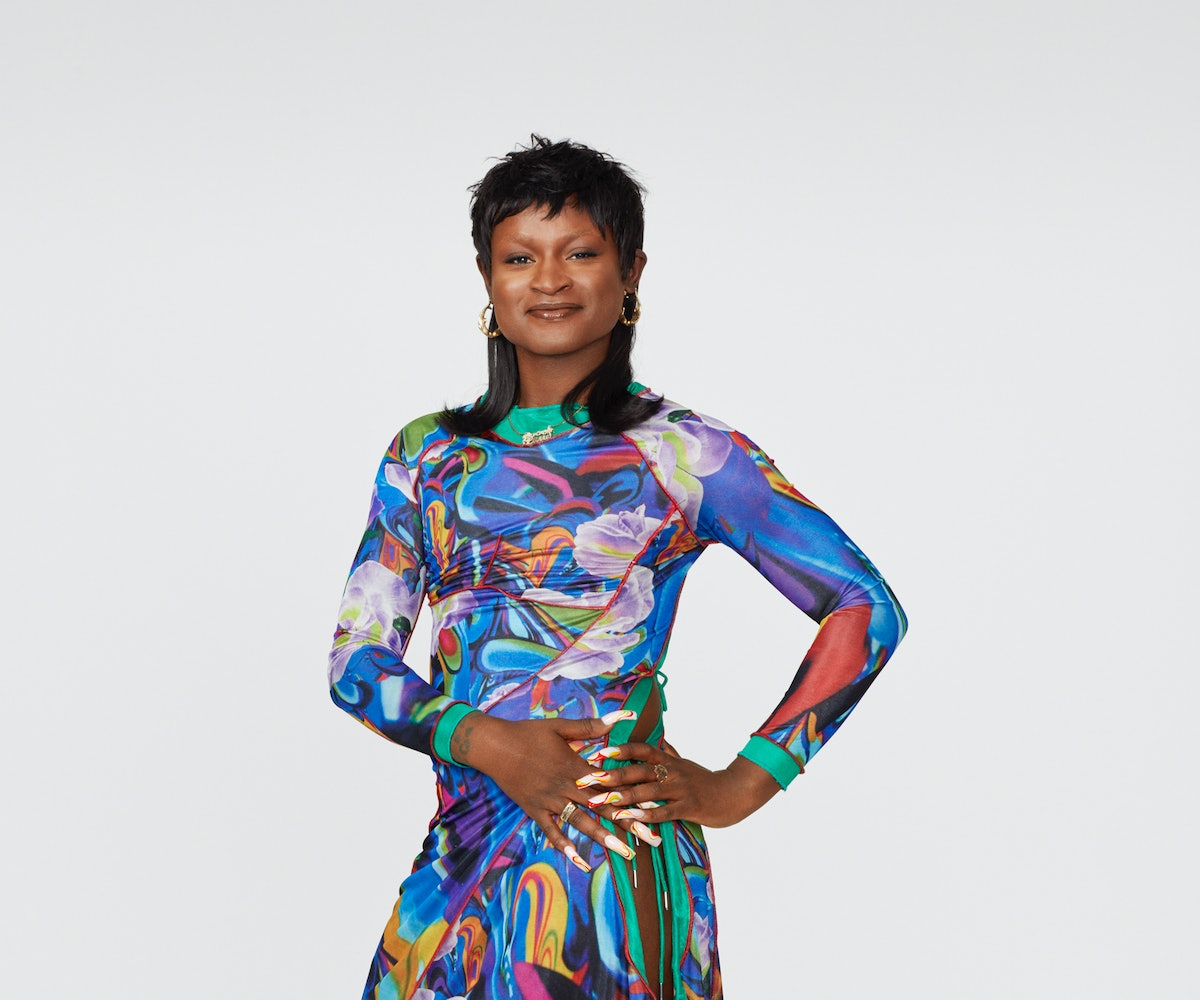 Before the Ella Emhoffs of the world ushered in fashion’s knitwear craze, there was Pierre Davis of No Sesso. Founded in 2015 by Davis, who know runs the brand with Autumn Randolph and Arin Hayes, No Sesso has made a name for itself with its genderless, hand-embroidered creations.

Six years later and No Sesso is still pushing for more diversity and inclusion in the fashion industry. In February 2019, Davis became the first trans woman to present a collection on the official New York Fashion Week calendar. Most recently, she teamed up with Issa Rae and LIFEWTR on the “Life Unseen” project, highlighting the overwhelming disparities in representation of people of color, disabled people, the LGBTQ+ community, and women in the fashion, film, music, and visual arts industries.

“It was really exciting to be a part of this project because it's a voice for artists to be heard a little bit more,” Davis tells NYLON. “The design process was really exciting. I worked with the No Sesso team, Autumn Randolph, and Holly McClintock. We custom-knitted a dress [called the “Cirrhosa Net Dress”]. There's this really cool textile that we use with the No Sesso knitting and we turned that textile into a print for the water bottle.”

While New York may still be the fashion capital of the world to some, No Sesso is a proud Los Angeles-based brand. On the west coast, Davis has found a community of likeminded creatives who lift each other up in an industry that operates on exclusivity.

“I love the community that's in LA. There's a lot of roots from when No Sesso started. There's a lot of resources that I have here in LA compared to when I go to New York, as far as just going to the fashion district and just knowing where to get certain materials and things,” she says. “The community, the base that we have, that I've built here with Autumn Randolph, and just working together. It's just really important. We have a lot of collaborators, friends, and family that we work with for all of our runway shows. [It] is just a really nice community and connection.”

Next up for the brand will be a No Sesso couture collection, set to debut at the end of April with a fashion film. As No Sesso grows, Davis is still hopeful that diversity and inclusion in the fashion industry will grow along with it.

“There has been a lot of progress compared to the past. There's more representation all around. There could definitely be more, but it's in a step towards the right direction,” she says. “[I’d like to see] more creatives getting a chance in a platform to show their creativity. Brands reaching out to designers to collaborate, and designers that are a little bit more independent to collaborate.”