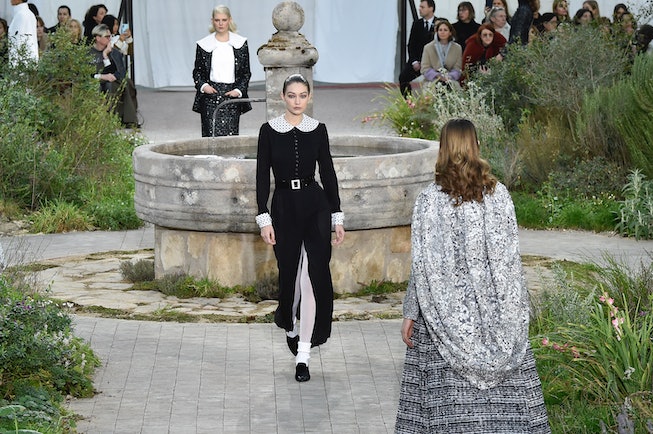 Nature is healing, but by “nature” I mean Couture Week in Paris. The Fédération de la Haute Couture et de la Mode, which oversees the fashion industry in France, announced on Tuesday that shows will be able to host in-person guests for the upcoming Haute Couture Week this July.

“Depending on the evolution of the sanitary situation, the physical events may welcome guests in accordance with a specific health protocol and conform to measures determined by public authorities,” the Fédération said in an official statement.

According to WWD, Chanel is the only brand confirmed to include a live audience, though others are expected to follow suit.

The upcoming season of couture shows are scheduled to host a handful of highly-anticipated events, including Sacai designer Chitose Abe’s collection for Jean-Paul Gaultier, which has been postponed twice due to the COVID-19 pandemic. Balenciaga will also be making its return to couture for the first time since its founder, Cristóbal Balenciaga, closed the atelier in 1968.

Paris will also welcome Kerby-Jean Raymond’s Pyer Moss, which is on the schedule debut its first-ever haute couture collection. Raymond is the first Black American designer to be invited by the Féderation to present during couture week.

France has been in the process of loosening its pandemic restrictions, with president Emmanuel Macron announcing that shops, cinemas, theaters, museums, bars, and restaurants will be permitted to open starting on May 19.