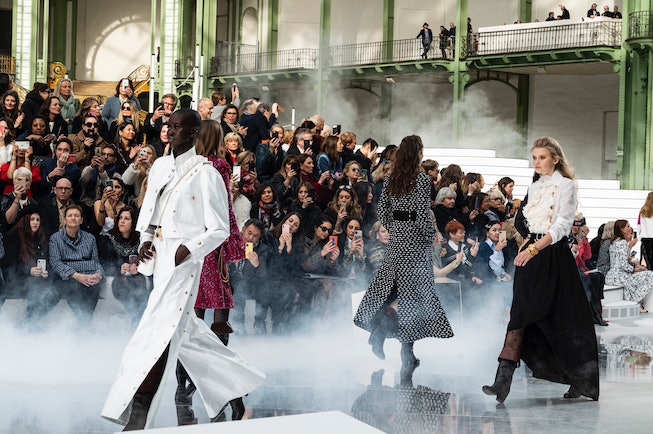 After a global pandemic, halted production schedules, and canceled (or digital-only) fashion weeks, live runway shows in Paris are still on for the Spring 2021 season. The Fédération de la Haute Couture et de la Mode announced on Wednesday that Paris Fashion Week, taking place from September 28 through October 8, will continue as scheduled with in-person fashion shows and live events.

The announcement comes days after Burberry said it will go on with its fashion show in London in September, holding an outdoor event with no audience, and that Dior will still be holding its Cruise 2021 show, which was originally slated for May, on July 22 in Puglia, with only some friends and family of the brand attending in person.

Back in March, French fashion's governing body had canceled its men's fashion week and couture shows from the end of June through July, due to COVID-19 concerns. Milan did the same with its own menswear shows, and London hosted a digital fashion week instead during its originally scheduled dates.

Although Spring 2021 fashion weeks in New York, London, and Milan have yet to be officially confirmed, the decision from Paris may encourage more designers to hold shows overseas. However, Americans might want to make sure they have a steady Wi-Fi connection, as European Union officials may ban travel from the U.S. once it reopens borders.