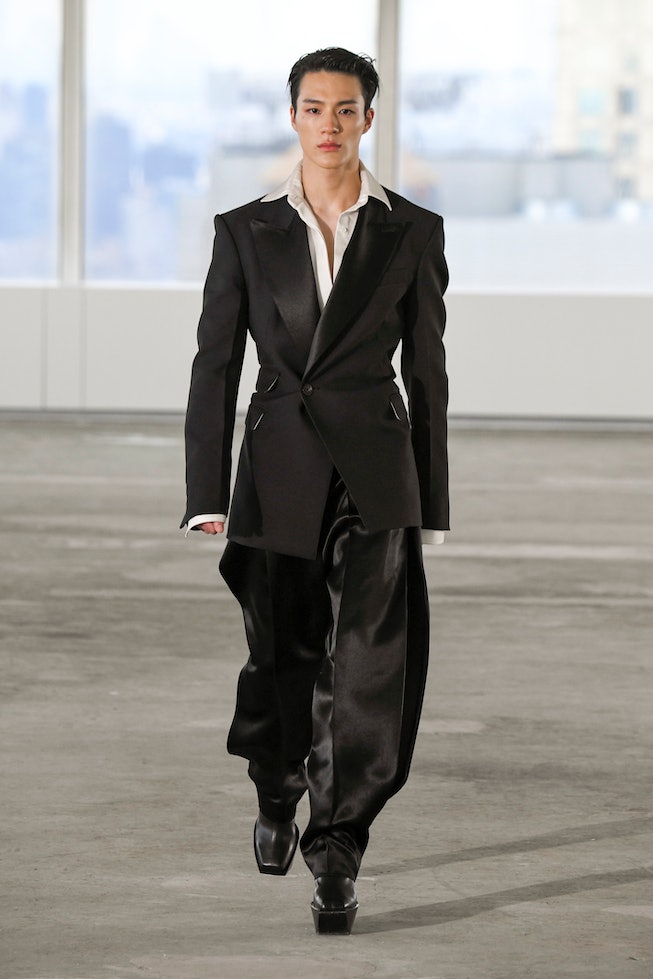 We love this SM.

Peter Do debuted his Spring 2023 collection at New York Fashion Week on Tuesday. It included some 60, expertly tailored looks, including menswear for the first time (“we don’t just dress women or men, we dress people,” the designer said in a release).

But everyone’s eyes were on one of those people in particular as the lights dimmed: K-Pop star Jeno, who opened the show.

The New York-based designer announced a collaboration with SM Entertainment, which represents Jeno and his band NCT on Instagram last week, to the delight of K-pop and fashion fans alike. He worked with SM, which a represents a range of massive K-pop acts, on the invitations as well as the show itself.

Jeno, who wore a backless suit with open-leg pants and heels, shared a “really special” moment with Do from backstage at the show on his Instagram, racking up over one million likes. For his part, Do called Jeno a “natural choice” to open the show.

“Jeno embodies the Peter Do man,” he said in a release. “Multifaceted, confident, and a trailblazer. I have so much respect for these artists because there is so much time put into their craft that people simply don’t see. Few realize the intensity of what is happening behind the scenes to achieve the end product; it’s very similar to fashion so I identify with that process very much.”

“We are proud to partner with the leading global player in K-pop to help write the future of fashion,” he said.

Watch Jeno’s turn leading the runway, along with more photos from the show, below.