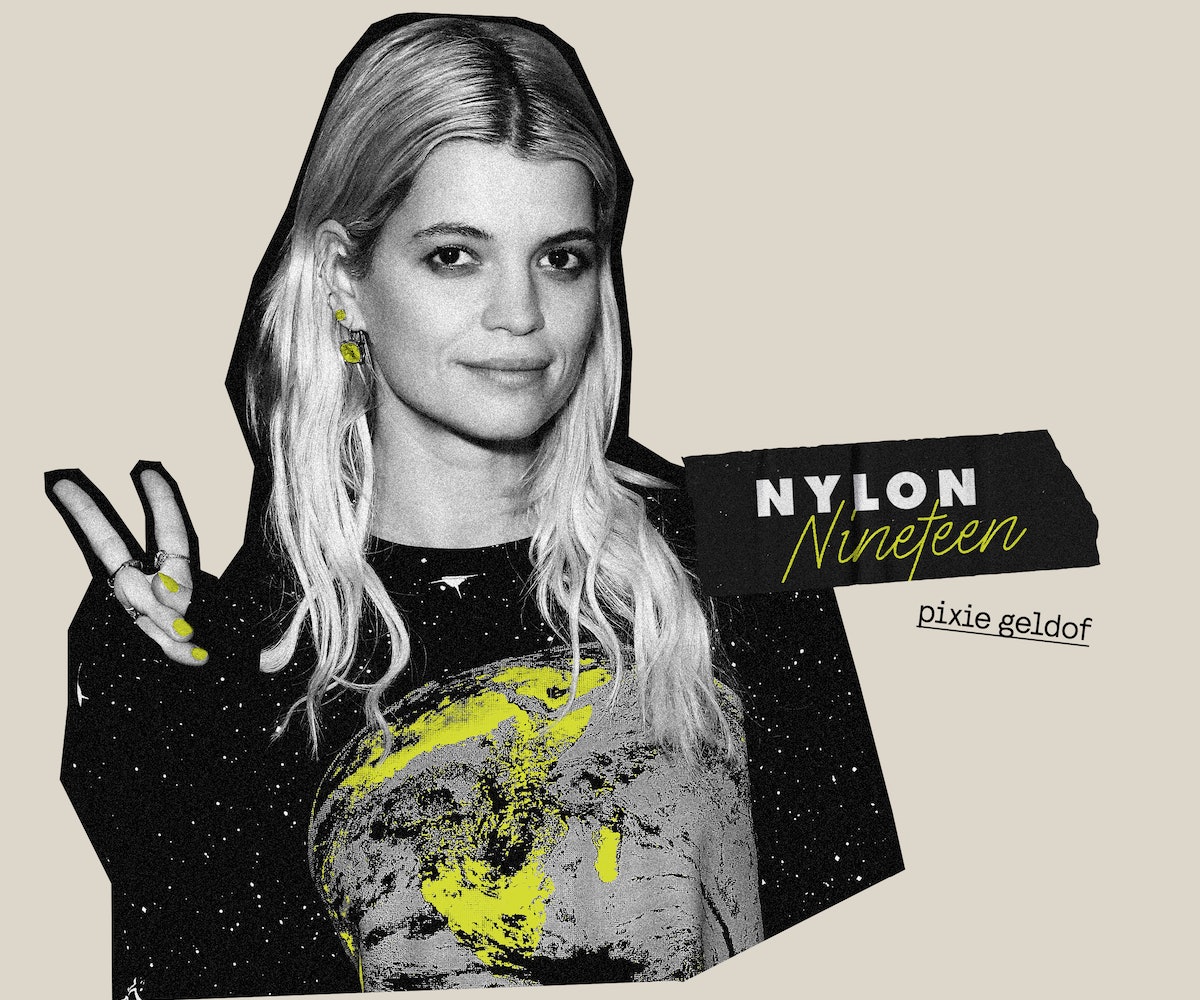 For the launch of Maje's Fall 2020 campaign, Pixie Geldof is among the newest faces for the Parisian brand, alongside musician Arlissa Rupert and artist Emily Labowe. The 30-year-old is not only a longtime fashion muse, having worked with high-end labels like Miu Miu, Loewe, and Vivienne Westwood, but she fronts the London-based band Violet and advocates for marine conservation and an end to animal testing in the cosmetic industry. She really does it all. We also can't help but mention that her closest circle of friends is a supergroup of cool Londoners, including Alexa Chung, designer Ashley Williams, and BBC Radio 1 host Nick Grimshaw.

For the #MajeStories campaign, Geldof created a video at home giving a glimpse into her everyday life — growing a vegetable garden in her greenhouse and taking care of her dog and "favorite person in the world" Buzz. She also shows off Maje's latest collection, which boasts chunky combat boots, plaid overshirts, bright and colorful knits, and '80s-inspired statement jewelry.

To celebrate her new gig, Geldof also revealed a few more things about herself by taking on and answering the NYLON Nineteen, like her first concert (The Spice Girls), her favorite pair of shoes (Birkenstocks), and much more (mostly having to do with vegan food).