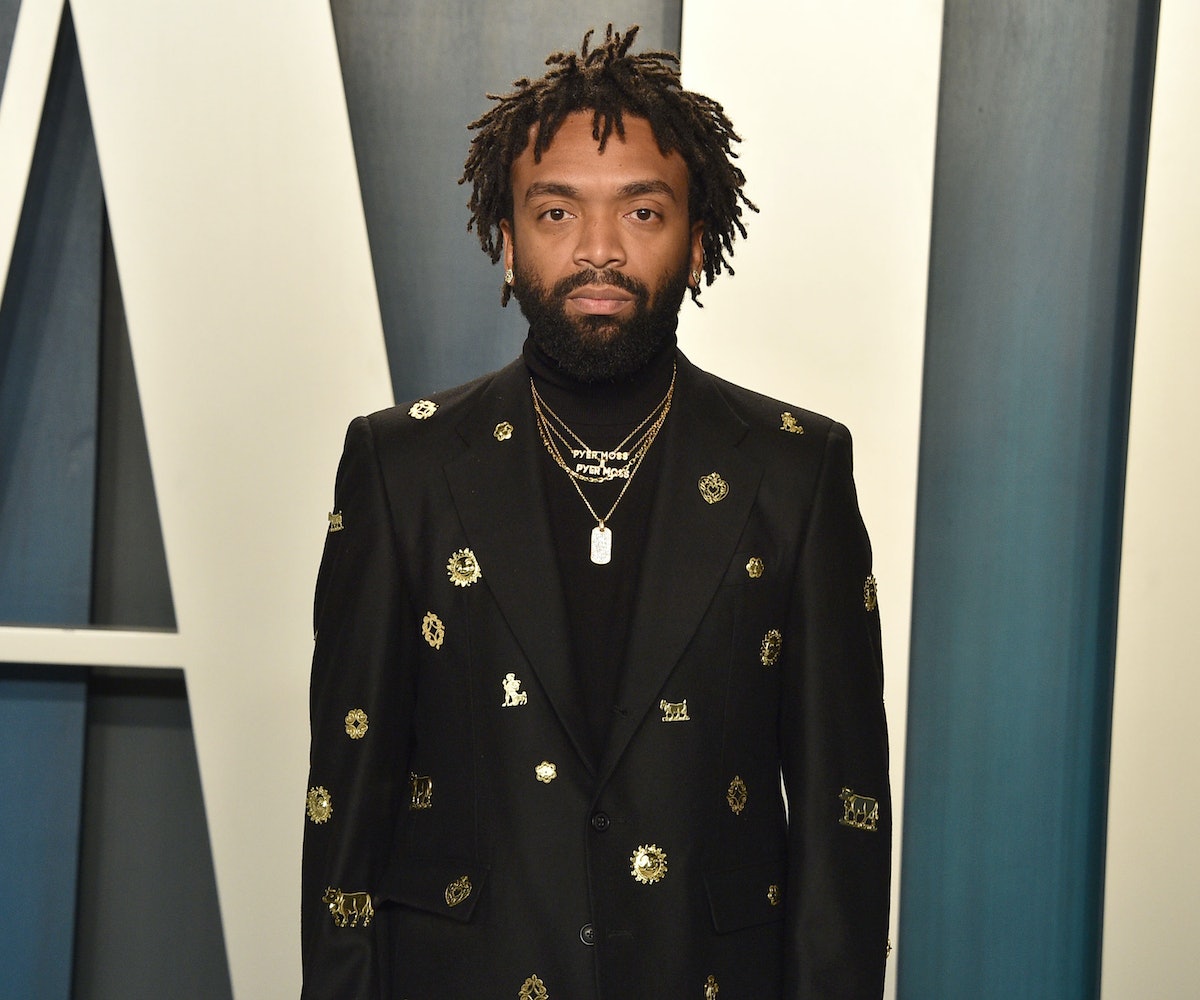 The designer and founder of Pyer Moss is making big moves in the fashion industry. On Thursday, Kerby Jean-Raymond announced "Your Friends In New York," a new platform backed by Kering, the major luxury conglomerate behind Balenciaga, Gucci, Bottega Veneta, and Saint Laurent.

"It is important to me to create and work on ventures that are future forward, involve the community at large and that will continue to help others grow in the fashion and art space," said Jean-Raymond in an official statement.

We were first introduced to "Your Friends In New York" earlier this year at the start of the COVID-19 crisis in the U.S. Jean-Raymond converted his brand's New York office into a donation center for medical supplies, as well as set aside $50,000 of funding to help for minority- and women-owned small creative businesses in need. Though the idea behind the community-focused platform with Kering was first conceived in 2019, the global pandemic had put their original launch for March on hold.

"When I met Kerby in 2019, I was impressed by his unique perspective of creativity, innovation, business, and social issues," said Kering CEO François-Henri Pinault. "What struck me immediately was his willingness to invent a new, singular model, freeing himself from the usual constraints of the fashion system. It was only natural for Kering to support this project that seeks to empower new artistic talents, to encourage the diversity of creativity and to give a voice to the younger generation of innovators."

"Your Friends In New York" will include philanthropic initiatives, live events and experiences, merch, and an upcoming incubator program for emerging designers who want to experiment with new business models outside of the traditional fashion industry.

"I always think about what my favorite creators are building in their homes and what problems they are trying to solve. What are they passionate about, even when the world has titled them 'successful,'" wrote Jean-Raymond on Instagram for his big announcement. "For example, what new sounds are Rick Rubin and Just Blaze experimenting with that they aren’t ready to share with the world? What inventions are Evan Spiegel and Mark Zuckerberg holding onto in their garage? What script is Spike Lee hoping to do that he doesn't think will get supported? What's Satoshi Nakamoto working on? For Elon Musk, during his early days building PayPal, his mind was on SpaceX and Tesla — my mind has been here, and I'd like to introduce you to my venture 'Your Friends In New York.' We promise to be imperfect but always willing to try."