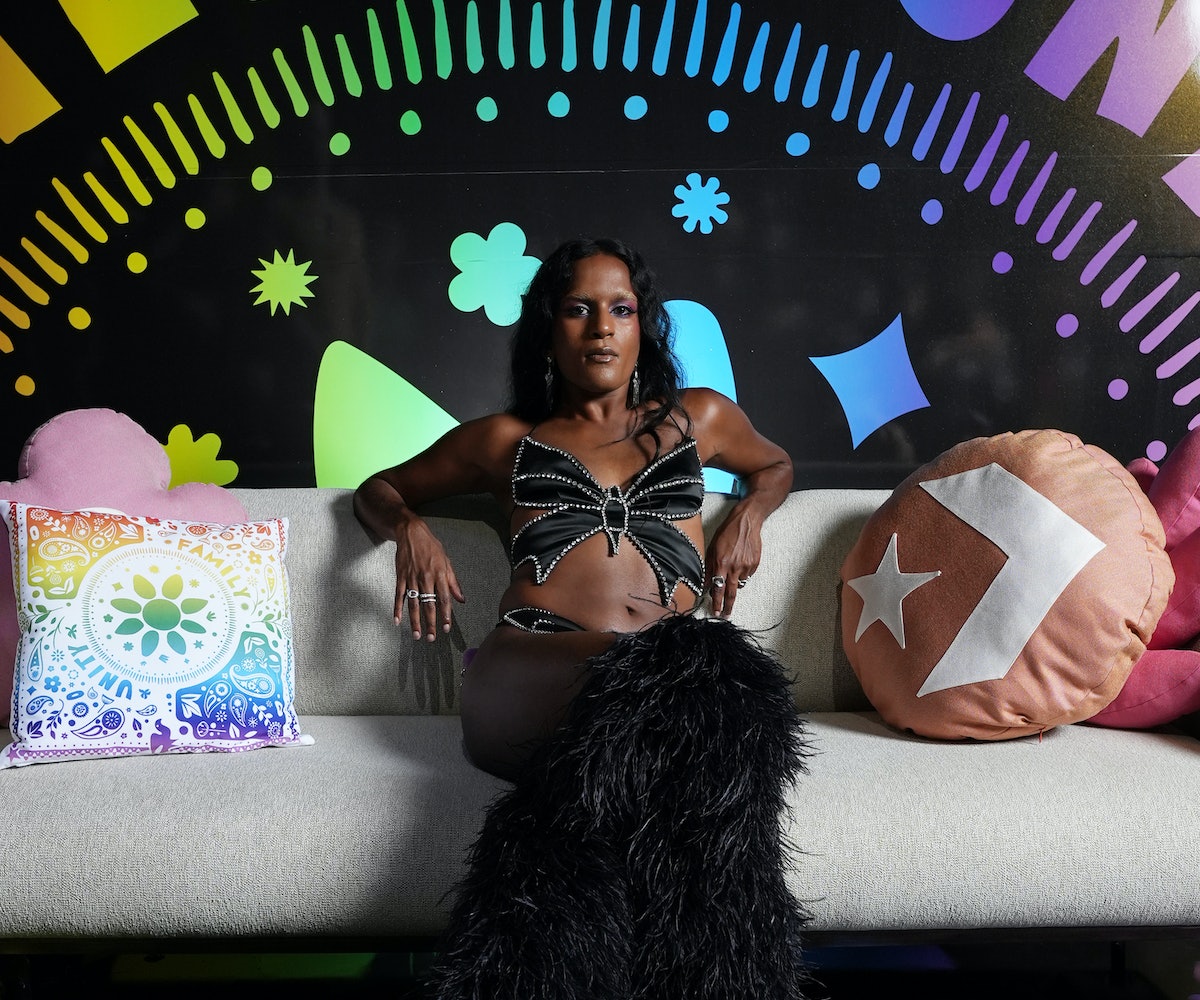 Model and artist Richie Shazam can now add filmmaker to her résumé. To celebrate Pride in partnership with Converse, Shazam premiered her first-ever short film, titled Savitree (named after her mother) and inspired by the importance of her own found family.

“My greatest hope for viewers after they see Savitree is that they see that every journey is worth taking,” Shazam tells NYLON. “There’s a family for everyone and love, care, acceptance, and support are in your grasp when you find the courage and freedom to be yourself.”

Her directorial debut took place during Tribeca Film Festival, and a major milestone like that for the ultimate Downtown NYC girl requires plenty of red carpet-worthy fashion. Throughout the special evening, Shazam wore not one, but three, different designer looks. “I worked closely with my friend and stylist Julio [Cesar Delgado] and we wanted to serve strong shapes and silhouettes to accentuate the Converse sneaker, as well as amplify all of my personas and really articulate my voice within the fashion world,” recalls Shazam. “We had multiple outfit changes throughout the night, for each segment.”

An evening of numerous fashion moments requires an on-point getting-ready routine, so Shazam made sure to gather her closest “glam friends around to uplift and help me push the envelope,” she says. “It’s so important for us to come together to find fresh, exciting ways of exploring hair and makeup. I always love playing fun music and definitely taking coffee, snack, and vape breaks. Those are very important.”

To help calm nerves before stepping onto any red carpet, Shazam also takes time to center herself with deep breaths and affirmations. Plus, making sure she arrives to any event fully prepared: “I always like to pack my essentials in my purse. I get really nervous, so I love having vapes, chewing gum, my powder, my lip gloss. I always hold my cell phone and my bag really tightly. I never let go of my cell phone.”

For Shazam’s first outfit of the night, she wore a full Loewe look — instantly recognizable for its metal-plate detailing (and its co-sign by Zendaya). “It was such a strong statement because it was almost like armor protecting me, but it had a reflective material so it was almost like my identity was bouncing back at the viewer and the audience could see themselves in me,” says Shazam. She paired her trench-coat-like outfit with Converse sneakers for a casual-cool touch.

After the premiere of her film, Shazam took the stage with Julia Fox in a Peter Do dress that reminded her of Hollywood glamour. “The moment being on stage with my sister Julia was really powerful because it was her first time seeing the film, so it was a surprise and we were just speaking from the heart and it was super emotional and I really tried my best to keep it together,” recalls Shazam. “I was really happy that I created this film with the intention of honoring my found family and that conversation affirmed me and I felt the warmth from the crowd. We really impacted the people that were able to see the film.”

Lastly, the after party called for couture, thanks to New York label Area. “We ended the evening with a butterfly moment,” says Shazam. “It was a top and bottom with incredible furry shoes that were giving Belle of the Ball, New York City icon. It was serving celebration and for me, it was the ultimate Pride look.”

The night marked only the beginning for Shazam and her foray into directing, as she aims to continue to create more visuals and films that will inspire young queer creatives in the future. “It was really great to celebrate with my team that worked so incredibly hard to help bring this film to life. It’s really cool to create with my found family,” she says. “Applying my creative vision to directing feels like the next step for me in my career as a storyteller. I love sharing with others and this is such a beautiful way to be able to do this.”

While getting ready for and at the debut of her new short film with Converse during the 2022 Tribeca Film Festival, Shazam took NYLON behind the scenes. Read on for more.