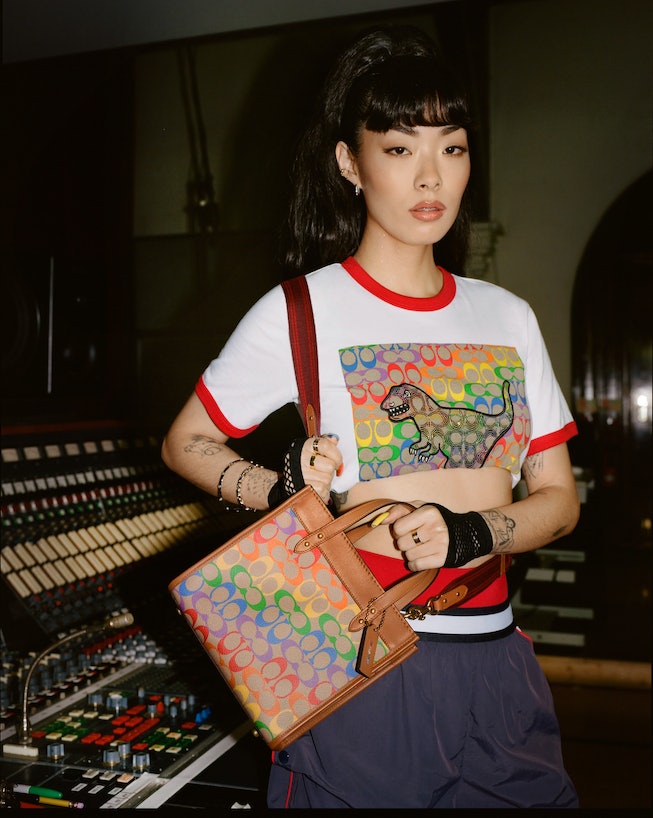 On Wednesday, Coach revealed its Pride 2021 campaign, starring Rina Sawayama, who opens up about her “Chosen Family” and being in the studio in an exclusive video, below. The Japanese-British singer-songwriter and model stars alongside Bob the Drag Queen, Miles Heizer, Jack Mizrahi, and Stasha Sanchez for the brand’s “Pride Is Where You Find It” campaign.

This year, Coach’s initiative is all about spotlighting pride as state of mind through celebrating and uplifting the voices and stories of the LGBTQIA+ community. For the campaign, Coach worked with emerging photographers and directors from platform and agency Thursday’s Child, along with longtime partner and LGBTQ youth organization Hetrick-Martin Institute.

Accompanying the star-studded campaign is Coach’s new Pride collection of bags, T-shirts, sneakers, and slides decked out in a rainbow-tinted motif of the brand’s signature monogram. The Coach Foundation also made donations to the Hetrick-Martin Institute, as well as the Albert Kennedy Trust, Point Foundation, and CenterLink Community of LGBTQ Centers.

Watch Sawayama’s Coach campaign video and take a closer look at the new collection, below, which you can shop on Coach’s website and in stores this Pride month.