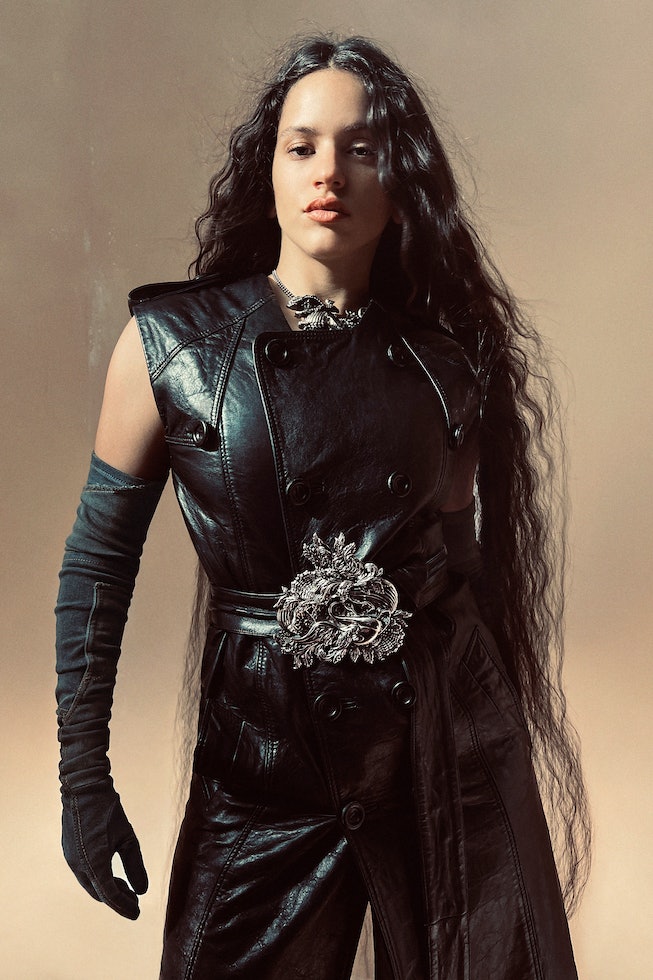 Just months after Rosalía landed her first fashion gig with SKIMS, the artist has landed another major brand deal as the face of Acne Studios’ Fall/Winter 2022 ad campaign.

The 30-year-old singer was was photographed by Paul Kooiker in a series of images that, according to a release, “reimagine her as a historical muse.” She is seen wearing a slew of looks from the collection, as well as nothing at all — save for extremely long, wavy hair, cinched at the waist with a massive belt buckle.

If taking a step back in history was the goal, they nailed it. Kooiker’s images feel simultaneously plucked from an old album and a brand new editorial. Rosalía, who names Acne Studios as her favorite brand, explained why she was so excited to work with him. “He has an atemporal style, his pictures could have been taken when photography was invented,” she said. “But, at the same time, he transmits a freshness of the moment. His pictures are badass.”

The partnership is an organic one for the singer, who is regularly seen wearing the label. As early as March, she became the first to wear the new collection during an appearance on The Tonight Show.

And it appears the feeling is mutual. Acne Studios’ Creative Director Jonny Johansson called her a “perfect fit,” thanks to a “unique ability to shape shift through time, history and culture, all with a contemporary lens.”

It’s a match made in high fashion heaven.

Ahead, more photos from the new campaign.