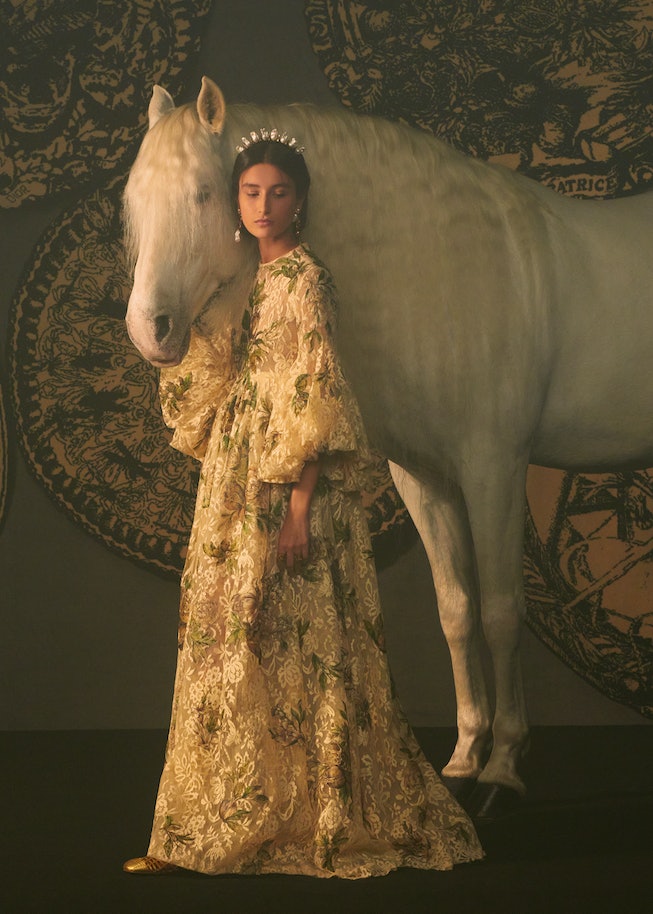 Even Maria Grazia Chiuri was looking to tarot cards during the pandemic. Chiuri's interest in the mystical has led to Dior's latest couture collection for Spring 2021, a romantic assembly of tailored trousers, billowing sheer fabrics, and old world-inspired gowns. (We also can't help but notice a slight nod to the fashion in Bridgerton, too.)

"What was nice for me about the Tarot is that when you are in a difficult moment, something that is magical can help us, to help us think better," Chiuri told Vogue. "It’s a long time we’ve all been staying alone. You think much more about many aspects of yourself and your life. That’s my belief: this year changed us a lot."

Dior presented the collection with a film, Le Château du Tarot, directed by Matteo Garrone, following a girl who encounters each of the tarot figures inside of a castle. Chiuri also revealed that Christian Dior himself had turned to the divinatory arts during his own periods of strife.

"He discovered Tarot in the Second World War, when his sister Catherine, who was part of the French Resistance, disappeared," she said. "In my view, I think he was so scared about her situation that he probably went to the Tarot cards to try to know some more, to hope that she would come back. I think he was very worried; trying to find hope in some signs."

Check out the fashion film and some of the looks from Dior's Spring 2021 couture collection, below.