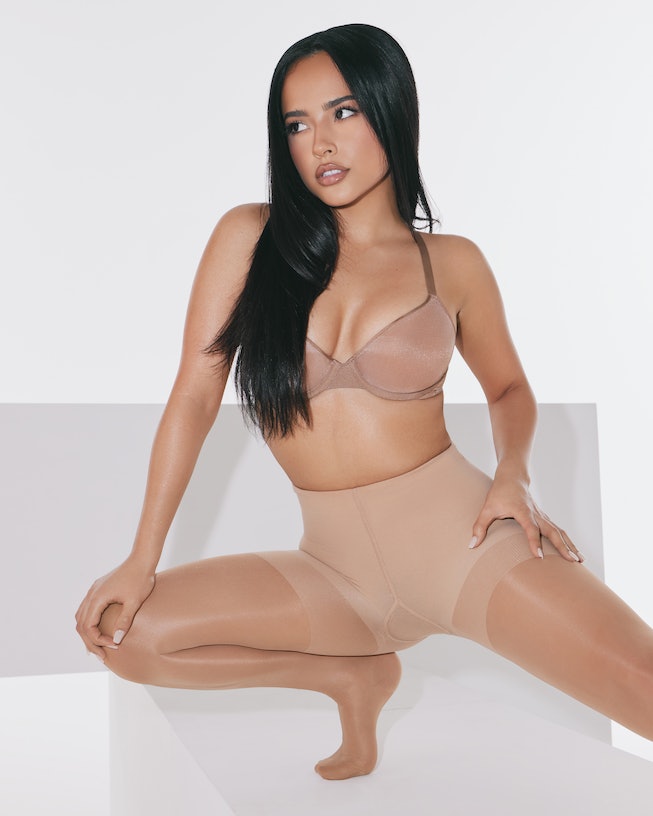 “I used to want my name to be Tammy, and I wanted big boobs and hips.” That familiar sounding confession comes from none other than Juliette Lewis in SKIMS’ newest bra campaign, which launched on Tuesday.

Lewis is one of six famous faces tapped by Kim Kardashian’s wildly successful lingerie and shapewear brand to star in its newest ad. Becky G, Indya Moore, Chelsea Handler, Brooke Shields, and Cassie all stripped down to their bras in the series of gorgeous images and accompanying videos.

But they’re not the only people featured. SKIMS cast 50 women from across four decades to appear in the ad, a choice that exemplifies its ongoing commitment to provide “ageless designs for women of all lifestyles and cultural backgrounds.”

Kardashian herself shared the images via Twitter on Tuesday morning, thanking the celebs for being in the campaign ahead of the release of a new bra collection, which launches Sept. 27. She also shared a few images of herself (naturally) in the collection.

At one point during the video, Handler admits it took her until about the age of 40 to realize how “awesome” her boobs are, but it takes no time to see how awesome she, and the rest of the campaign stars, look in the campaign.

Take a look below.