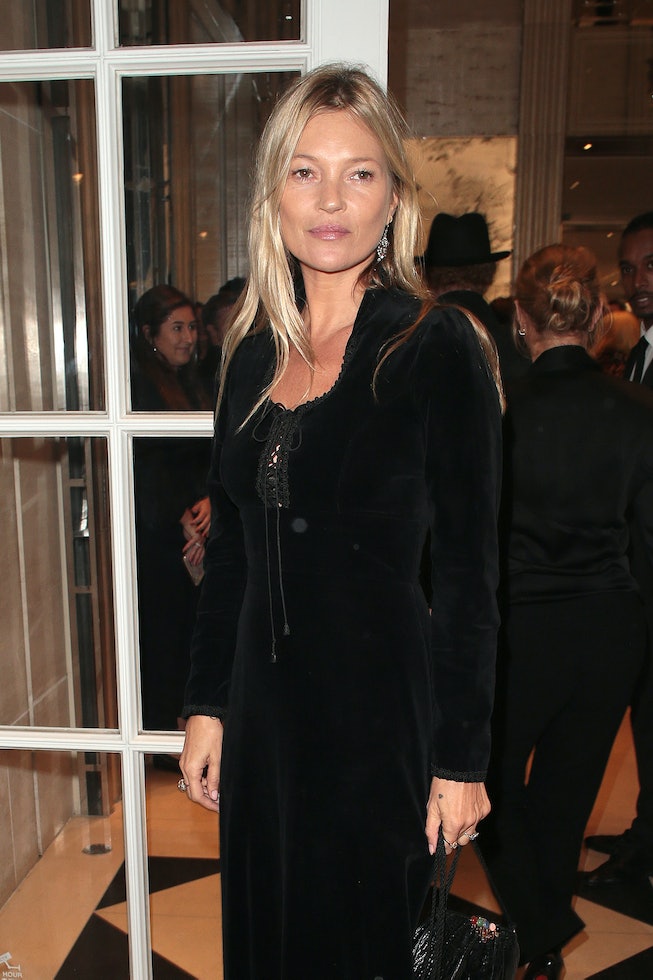 Skims is now supermodel-approved with the release of its latest campaign. On Tuesday, Kim Kardashian revealed that Kate Moss is the new face of her solutionwear brand. The imagery, photographed by Donna Trope, shows Moss wearing Skims’ Cotton Rib Plunge Bralette and Brief in the color Bone, as well as a pair of shapewear shorts, the Fits Everybody Triangle Bralette, and matching Brief in black.

“I first met Kate in 2014 through [Riccardo] Tisci,” said Kardashian on Twitter. “And I was instantly struck by her cheeky humor, authentic and classic beauty — we’ve been friends ever since!”

It’s true: Kardashian and Moss were recently spotted visiting the Vatican during a trip to Rome in June. Plus, some internet sleuthing shows that the two may have originally crossed paths at Tisci’s 40th birthday party, which took place in August in Ibiza and included such famous guests as Naomi Campbell, Kanye West, Paris Hilton, and Justin Bieber. At the time, Tisci was creative director at Givenchy (he now holds the top role at Burberry) and had dressed Kardsahian for her wedding to West, which took place in May 2014. The rapper even performed for Tisci at the star-studded soiree.

Moss’ campaign for Skims arrives just after one of the brand’s biggest launches thus far: dressing the USA team for its off-duty hours during the Summer Olympics in Tokyo. The collection, which is available to shop now, includes undergarments, pajamas, and loungewear.

Skims is no stranger to having some of the biggest celebrities model in its campaigns, including Addison Rae, Paris Hilton, and, of course, Kardashian herself. But none come close to Moss, whose co-sign officially gives Skims the high fashion seal of approval. “She is THE fashion icon, defining a whole generation of style and I am honored to feature her as the new face of @SKIMS this Summer!” continued Kardasian on Twitter.

“I’ve been a fan of Skims since day one,” said Moss in an official statement. “What Kim is doing with the brand is so fresh and modern, making underwear women actually want and that fits perfectly: I wear it, my daughter wears it — even my mum wears it!”

See the photos of Moss for Skims, below.