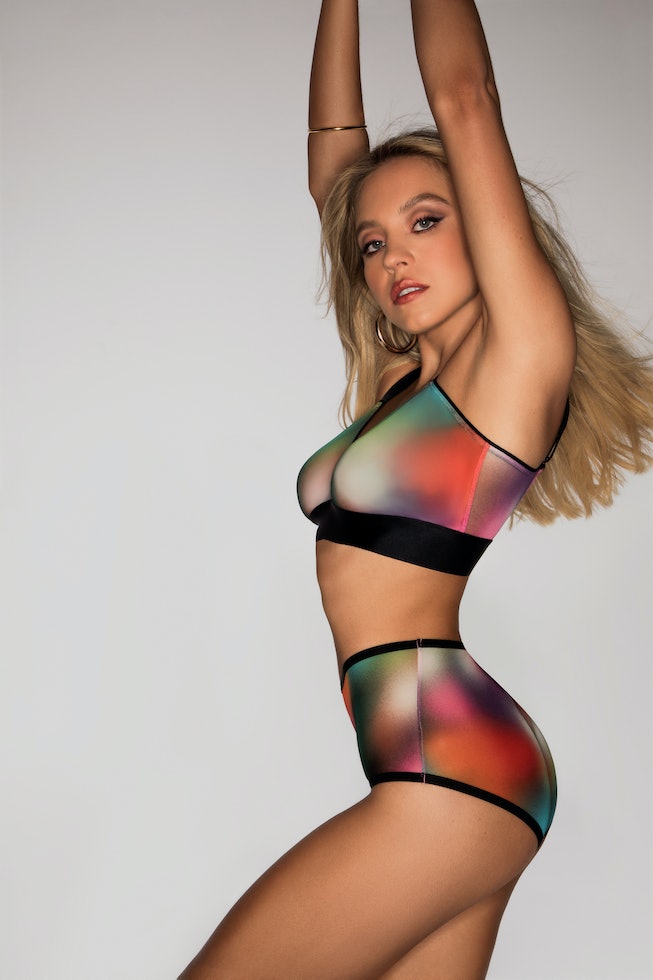 Sydney Sweeney is celebrating the release of Parade’s new and improved Silky Mesh fabric. The intimates brand is relaunching one of its favorite materials on Thursday, now using certified recycled mesh and a sheer trim that give its underwear and bralettes a barely-there feeling.

“We were so excited by Sydney Sweeney from Euphoria — her joyful self-expression and refreshing take on a new era of body image,” Parade founder Cami Téllez told Harper’s Bazaar. “She evokes everything this collection stands for during this unique cultural moment.”

The new launch’s sizes range from XS to 3XL and bralettes include the brand’s Support+ design for those with smaller ribcages and bigger busts. Parade is also introducing eight new colorways to its previous seven, including a trippy colorful print, as modeled by Sweeney herself.

“Parade wants to redefine what it means to feel sexy. Sexiness isn't one-dimensional — it’s self-expression, it’s depth, it's confidence, it’s empowerment in your own skin,” Sweeney told Harper’s Bazaar. “Everyone is a real person with real feelings, and it’s amazing to work with a brand that celebrates self-love and sexiness by embracing exactly how and who we are. Day or night, we deserve to feel comfy and sexy, even if it's just when sitting on the couch watching HGTV.” (A mention of the home design network could be a nod to her tearful Instagram Live video from May.)

Shop the new Silky Mesh over on Parade’s website, and check out photos of Sweeney in the campaign, below.