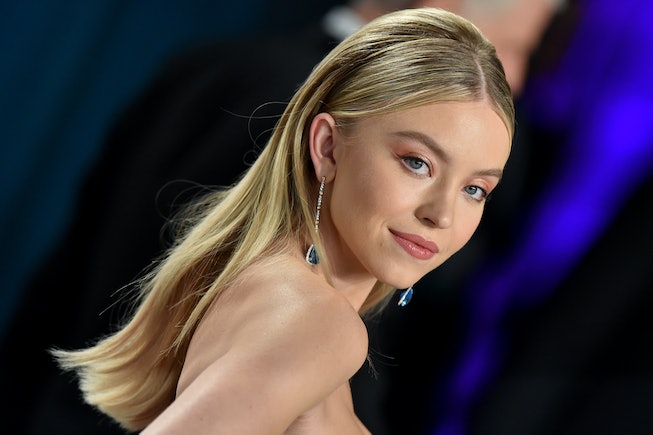 Being a famous rising actress is all fun and games until you realize that you’re perceived by millions of people, many of whom can be straight up unkind. Euphoria star Sydney Sweeney was tearful after she caught wind of a Tweet that made fun of her looks, and she hopped on Instagram Live to let everyone know exactly how she was feeling about it.

“Apparently I am trending on Twitter right now for being ugly,” Sweeney says at the start of the clip. “I think it’s really important for people to see how words actually affect people.” Sweeney’s visuals were full vulnerability — tear stained face, smeared makeup, and the comfort of a Snuggie.

“I know everyone says, ‘you can’t read things,’ and ‘you shouldn’t read things,’ but like, I’m a f*cking person,” she continues. “I’m just sitting here with my dog Tink watching HGTV wearing my Snuggie...” The brief clip ended with Sweeney’s words of wisdom: “People need to be nicer on social media because it’s really f*cked up.”

The now unavailable tweet called Sweeney both “ugly” and a “Muppet,” and launched an army of Sweeney supporters to come to her defense. The user later posted that the conversation surrounding her tweet had devolved and gone totally tangential: “I even forgot what the tweet said they calling me a trump supporter and mean girl over this,” she wrote.

It’s almost as if no one can really win when it comes to hyper-trending internet discourse! That being said, Sweeney is still a sought-after actress starring on one of HBO’s most popular shows, so hopefully she got some good hours in with her Snuggie and HGTV’s finest programming for some much needed healing.

NEXT UP
Culture
Phoebe Dynevor Will Not Return for Bridgerton Season 3
It Girl
Madison Bailey Is Embracing The "Elegance" of Being in Her Mid-20s
A Night Out
A Night Out With Rachel Bilson
Culture
Netflix Is Seriously Cracking Down On Sharing Passwords
Style + Culture, delivered straight to your inbox.