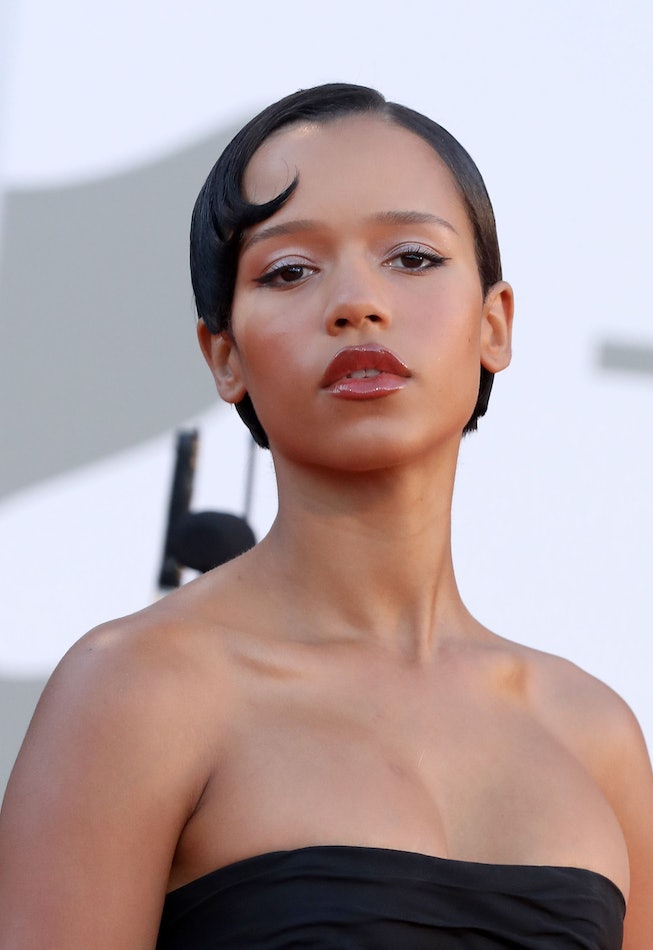 Bones and All star Taylor Russell took home the award for Best Young New Actress at the Venice Film Festival in September, but she’s also winning something else: the film’s ongoing press tour.

The 28-year-old star has spent the past few weeks attending various film festivals and events to promote Luca Guadagnino’s latest project in a slew of dazzling couture and vintage looks. There was the green, strapless, high-low Balenciaga gown that is just as good from the back (being arm in arm with stylish co-star Timothée Chalamet in a backless outfit by Haider Ackerman didn’t hurt, either).

Next came the elegant, elevated black gowns dressed up with showstopping accessories like a diamond Cartier headpiece. On Sunday, she hit another vintage home run in a 1998 mustard yellow Vivienne Westwood gown with massive buttons.

In other words, the girl’s got range.

We’ll be eagerly anticipating the film’s release in November. In the meantime, these red carpet appearances are sure to tide us over. Ahead, a look at some of Russell’s best press tour looks thus far.