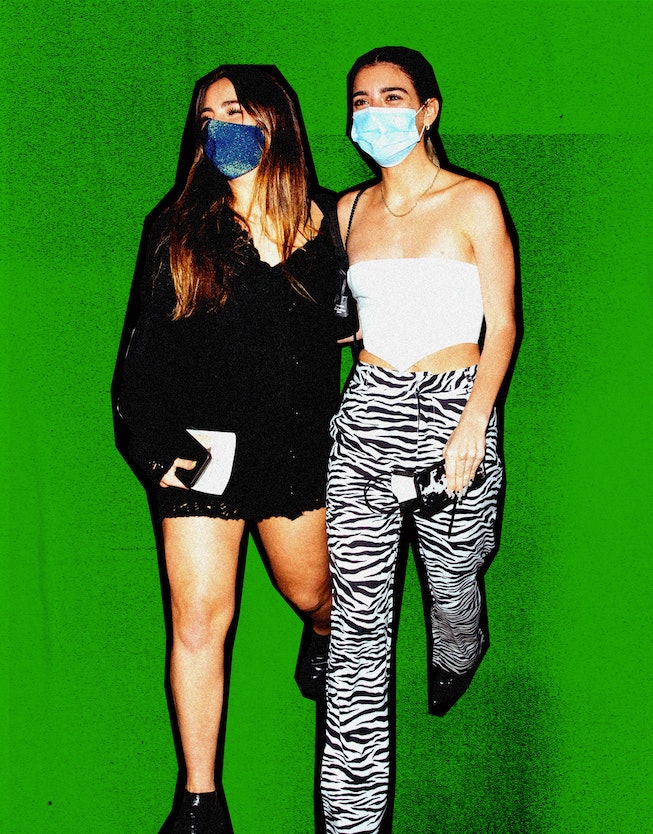 When the social media boom began in the late aughts, it effectively thinned the line between a public figure and their following. Long gone are the days of reading about celebrity gossip on Perez Hilton or in a magazine — we have Deuxmoi and Twitter for that. Stars are never truly like us, but a well-crafted social media presence might just temporarily suspend that doubt. Presently, celebrities have never felt so near, especially when they're online just like the rest of us.

It also means their fashion is directly at our fingertips as well. Since the dawn of time, celebrity fashion has always existed in its own league. Entire books have been written about Aubrey Hepburn's wardrobe, there is a still rampant cultural obsession with Princess Diana's style, and every women's magazine has a dedicated vertical to award show looks. The internet only mainstreamed the accessibility of the celebrity; rather than waiting on paparazzi pictures of who wore what, fans can just check their Instagram story. Of course, the more internet-savvy the celebrity, the more likely it is that their following will hone in on their daily wear.

In 2020, there is arguably no one more attuned to the power of social media than TikTok stars. When Gen Z flocked to the video app, they created legions of new trends, even by internet standards. Now, household names like Addison Rae and the D'Amelio sisters have quickly become America's teen icons, and as we've seen with celebrities of their caliber in the past, their fashion choices have quickly become centered, as well. Search any combination of [TikTok star] and "fashion," and what comes up will undoubtedly be fan-run "closet" accounts — everyday fans, usually teenagers, who scour the web to identify the exact item worn by a star just minutes or hours after they were spotted in the same item.

With the power of Google image search and teen idolatry fueling them, fans have become the new paparazzi. Rachel Weingarten, a fashion historian and expert, says that the shift was near inevitable. "With any new and popular social media phenomenon, the fashions are born of the trends and so what's popular there spills over into fan accounts," Weingarten tells NYLON. "We have to factor in timing, as well. For the past eight months, we've blown through everything Netflix has to offer and have streamed everything possible on Amazon. The younger set, with whom TikTok is most popular, are mostly stuck at home and starved for fresh content. And their attention spans are shorter than ever. Fast fashion begat immediate fashion. See it. Want it. Track it down."

Tracking it down is exactly what Dana has been doing for the last few months. She made @avani.closett (15.8k followers) in February, but found herself posting more in quarantine. She says finding outfits "can be really hard," even taking hours or weeks (with some outfits she's never found).

Similarly, the two-person team behind @dixiedameliocloset says there's a strategy to identify outfits. "The process of finding an outfit can be unpredictable," says Sophie, the original creator of the account. "Sometimes it can be hard, and sometimes it can be super easy. It just depends on the articles of clothing Dixie is wearing. Sometimes the clothing Dixie wears has a certain style that we recognize from a brand, or a logo that helps us find it easier. It usually takes us about 10 minutes to an hour or two. When we can't recognize what brand she is wearing, we just go through all of the brands she has recently worn, and check the websites."

It helps, of course, when a celebrity is more forthcoming about who they wear, as is the case with Addison Rae. Jenna, the 16-year-old behind @addisoneasterlingcloset (46.1k followers), says that her process involves checking Rae's most commonly worn brands, or sometimes the brand's team will reach out directly to the account. This is not shocking, particularly as the influencer market has grown into a multibillion-dollar industry, with TikTokers landing major fashion campaigns as a result.

If the concept of teenagers spending potentially hours to days on documenting what a TikToker is wearing might sound off, it's not entirely unprecedented. "Like with the popularity of any medium, the offshoots are a bit quirky, as well," says Weingarten. "Girls in the '70s grew up with paper dolls and dressed them in costumes and wardrobes of their favorite characters. In the aughties, Old Navy was one of the first e-tailers to take the concept and transform it to click and try on illustrated dolls." The trend of following a celebrity's fashion isn't exclusive to just TikTokers, though their fandom may be more active than most given the app's inherent internet roots. Weingarten points to popular fashion account Meghan's Mirror, which presents the fashions and accessories worn by Meghan Markle and is allegedly maintained by someone on her team to merchandise everything she wears in public.

Weingarten also notes that because TikTok is a visual platform, what the creators wear is just as important as the way they dance. Running a closet account can almost be considered a flex, or as she puts it, "There's a weird pressure to be productive or to socialize or to compete [in a fandom], only it's done in different ways, like by showing prowess in tracking down a hard-to-find accessory or pair of leggings."

Dana admits that running a closet account can be stressful, especially if a TikToker has a massive fandom. "You want to be the first one that posts the outfit because if you post after someone else posted the outfit, [people] will think you stole it and didn't give any credit, even if you actually took some hours to find the exact outfit. And of course, you don't want your followers to wait long for a post because then they'll unfollow," she explains.

Still, the community of a fandom massively outweighs the timely responsibilities. Jenna says that when she created the account, she didn't know anyone in the fandom but gradually made friends over time. "When I first started this account, surprisingly, I didn't think it would take a lot of effort and time," she says. "But it's really fun and it makes me happy to see people benefiting from what I post, and I really enjoy running this account so I put in all the effort I can."

Aside from a personal investment and interest in their idol's fashion senses, the creators of these closet accounts have developed a keen sense of organization and research skills — a feat that hasn't gone unnoticed by the fandoms, and potentially the TikTokers themselves. "If a fandom is authentic, the messaging is positive, and a fan has the power to research what's worn and then share with their followers, it's entirely possible they're learning valuable marketing and merchandising skills. If nothing else, it's a hobby," says Weingarten, who compares closet accounts to past generations' teen magazines, like Tiger Beat or CosmoGirl. "In the zeitgeist that is mid-pandemic fashion, this works. Will it work in six months? Who knows. But for the here and now, it's a fascinating trend to follow."

NEXT UP
Fashion
Target’s Future Collective Gets Buoyant With Gabriella Karefa-Johnson
Fashion
The Best Celebrity Fit Pics From Paris Men’s Fashion Week
Fashion
The Wildest Front-Row Looks From Couture Week In Paris
Fashion
Rosettes Are 2023’s Biggest Trend — Here’s How Celebs Wore Them in the 2000s
Style + Culture, delivered straight to your inbox.