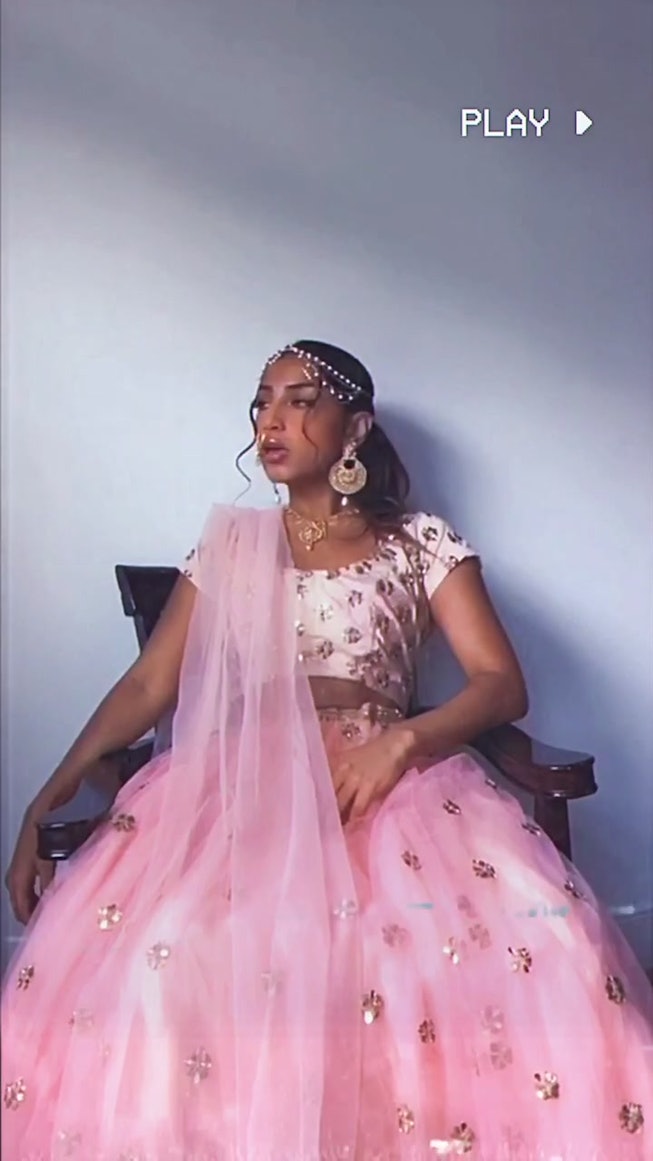 While TikTok has become the go-to platform for showing off your dance moves, lip-syncing skills, and jokes, plenty of users have been putting their personal style on full display, too. From thrift flips to "little shirt, big pants" fit checks, fashion content has been steadily increasing on the app, and one particular video trend is highlighting traditional outfits from different cultures around the world.

Milan Mathew, a model based in Houston, Texas, has always made a point to include her Indian heritage across social media. "I love bringing in little aspects of my culture to my Instagram page and photo shoots," she tells NYLON over the phone. "It could be my earrings or makeup-inspired, and whenever I post those things, those videos do well and people really enjoy when I share those parts."

One of her most viral moments on TikTok was evidence of that. Around the end of June, she took an already trending concept and turned it on its head, which eventually inspired a slew of similar videos to follow. The original video idea, created by Atikhun Kanjanakaset, uses the sound "Hot Seat" by Billies Baby while users, who appear to have just gotten out of bed, sit on a chair and instantly transition into wearing their best outfit.

"I thought it would be interesting to have me in American, western clothes and then change into an Indian outfit," explains Mathew. "The outfit I was wearing in that specific video is called the lehenga, and it's basically a big skirt with a top that's matching. Many Indians wear it; it's more of a North Indian style. I was also wearing a bunch of jewelry, which I think intrigued a lot of people. It was a big ring on my nose, a head piece, and a big necklace. It was all about big extravagant jewelry."

Mathew posted the video to TikTok just before bed and when she woke up, she had gotten messages from friends about going viral. "I'm superstitious. If I open the app then it's going to stop, so I didn't even open it until 24 hours later," says Mathew. "By the time I woke up in the morning, it was already at a million views and then in four or five days, it hit five million views and a million likes."

Currently, the video has amassed more than nine million views, two million likes, and, at the request of her followers, she's made two more videos for the sound, as well. Her idea has inspired other TikTok users to create videos about their heritage's traditional wardrobes, including Somalia, the Philippines, Vietnam, China, Mexico, and many more.

"I think it was me embracing my culture that made people want to actively and openly embrace theirs, too," says Mathew on why she thinks the video struck such a chord with others. "I had the confident vibe and I was building up a community. It's good to see you don't have to change your culture or be assimilated in a certain way to be accepted by society."

See more videos of Mathew and some of the users she inspired, below.