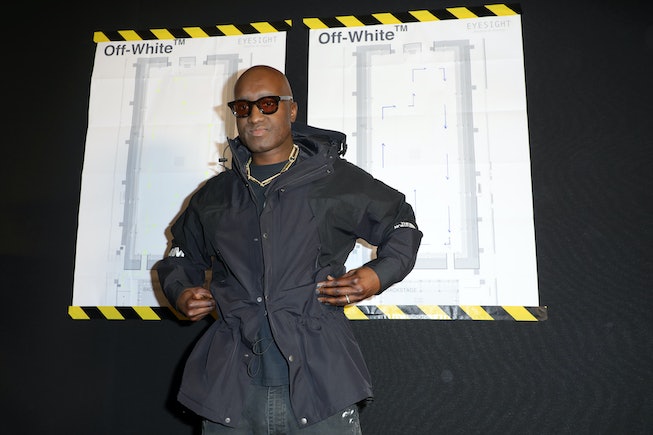 Virgil Abloh is ready to right his wrongs. The Off-White and Louis Vuitton designer announced on Thursday that he has raised $1 million in scholarship money to go toward Black fashion students in his Virgil Abloh™️ "Post Modern" Scholarship Fund. Yes, that is what it's called, but it's for a good cause so we have to look past it at this moment.

"I've always been passionate about giving the next generation of students the same foundation for success that was given to me," Abloh said in a statement. "That's why I'm excited to launch this Fund in partnership with the FSF, which has an outstanding track record of helping college students achieve successful careers."

The scholarships will be given out over the course of the next few years with more details expected to come later this summer. The money in the fund includes donations from Abloh himself as well as Evian, Farfetch, Louis Vuitton, and New Guards Group. It's unclear if Abloh's personal donation was more than $50, but I'm willing to give him the benefit of the doubt at this time.

"I'm also grateful to my partners for their donations, which are just a part of the long-term commitments I am working on with them to create greater opportunities for Black people inside and outside of their organizations," he said.