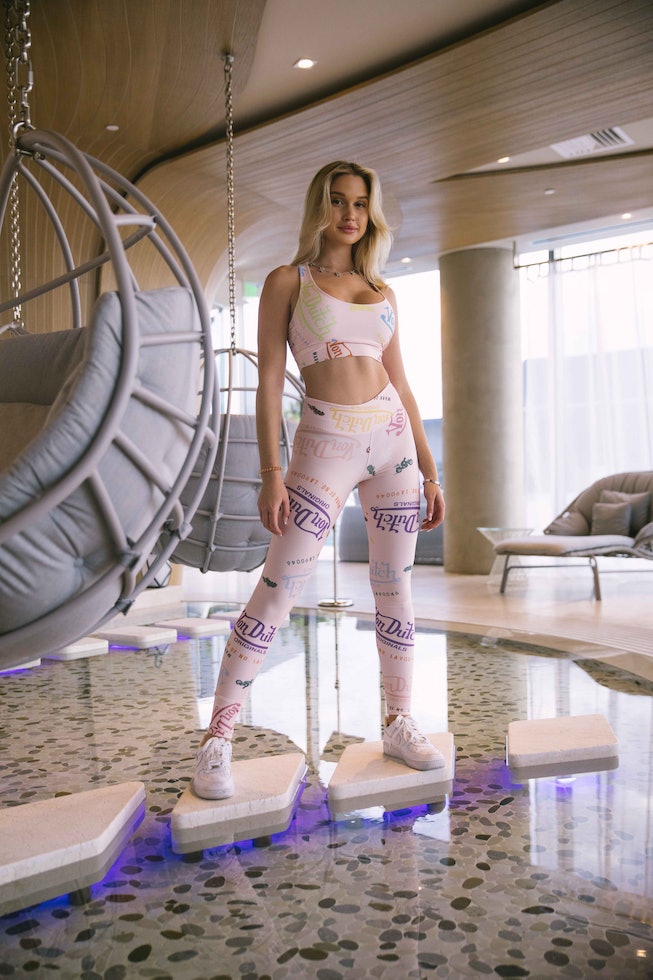 Von Dutch is continuing its planned comeback with the release of its newest category: activewear. The limited-edition collection includes a logo-heavy sports bra and matching leggings made of stretchy, moisture-wicking fabric.

Last summer, Von Dutch capitalized on the surge of mid-aughts nostalgia, announcing that it would be rebranding itself as a luxury brand. It kicked off the launch with a collection of low-rise denim styles not available since 2005, the same era when stars like Paris Hilton and Ashton Kutcher, clad in Von Dutch trucker hats, were hounded by the paparazzi. Recently, the iconic Von Dutch trucker hat has seen a resurgence in the younger, TikTok-conscious Gen-Z demographic.

"We are selling a high volume of truckers, but that’s dangerous. I don’t need every kid in Hollywood wearing a trucker," Von Dutch general manager Ed Goldman told WWD in September. "But how do you tell a family-owned company for 80 years, we want to slow sales of truckers at a 95-point margin? I wake up every morning, and see all these TikTokers wearing them, and then we’ll sell a lot, but it’s the kiss of death."

The brand has attempted to shift gears despite the trucker hats' return to popularity. For winter, the brand released a series of luxe puffer coats with a retail price of $1,149.

Von Dutch's activewear line will be more budget-friendly, ranging in price from $89 to $179. The collection will be available for a limited time on the brand's website beginning Monday, Feb. 1. Check out photos from the activewear campaign, below.