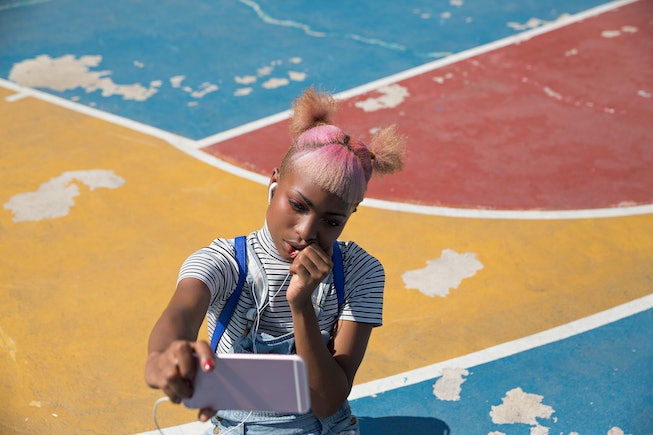 TikTok has become a breeding ground of sorts for modern subcultures. From #WitchTok to VSCO girls, they have all have transpired their own unique aesthetic among a substantial portion of teens. Of course, the fact that it is all online and easily accessible to anyone does contradict the "underground," almost secretive nature of how subcultures functioned at one point, but it continues to operate off the mainstream trends.

The #AltGirl — another massive TikTok trend at the moment, which has garnered over 327 million views on some videos — is only just another example of the social media platform's undeniable influence on young adults' aesthetics today.

Characterized by heavy eyeliners, dyed hair, piercings, all-black attires, and chunky boots, alt girls can be best described as '00s emo, indie, and scene revamped for the internet age. You might have also noticed that the trending aesthetic also shares a lot of similarities with e-girls, another popular look signified by punk and goth. So what's the difference?

Well, while many of the trends embody these styles, alt girl is more an all-encompassing term. The idea, however, is the same — to serve as an antidote to "Straight TikTok," also known as the anti-Brandy Melville, Hype House, and Charli D'Amelio. (Though, the most-followed TikToker has been garnering attention over her "alt-inspired" fashion choices lately.)

Moreover, the alt-girl aesthetic also makes a big case for diversity and inclusion for LGBTQIA+ and WOC, unlike Straight TikTok, which continues to get flak for its lack of representation.

Naturally, any subculture finds its most conspicuous representation in fashion, so, below, we've rounded up some easy alt-girl-inspired looks to get you started.

If you're new to the whole alt-girl aesthetic, this might be a great place to start.

Pair it with a tank top or a simple tee, these low-rise bootleg pants were crafted to get some compliments.

It doesn't get more alt than this. Plus it's on sale!

Style this black graphic tee with a plaid skirt or simply on its own. Add some chunky boots because why not?

Not for the faint of heart, these platform sneakers are super comfy so you can be your complete alt self.

No true alt-girl look is complete without a nose ring...or two. But why choose when you can have this set of three?

Some goths like some color, too! Be sure to finish this look with a winged eye-liner and some chunky jewelry .

A chain is sort of staple to this internet aesthetic. And this one comes attached to a cropped shirt. Win-win.