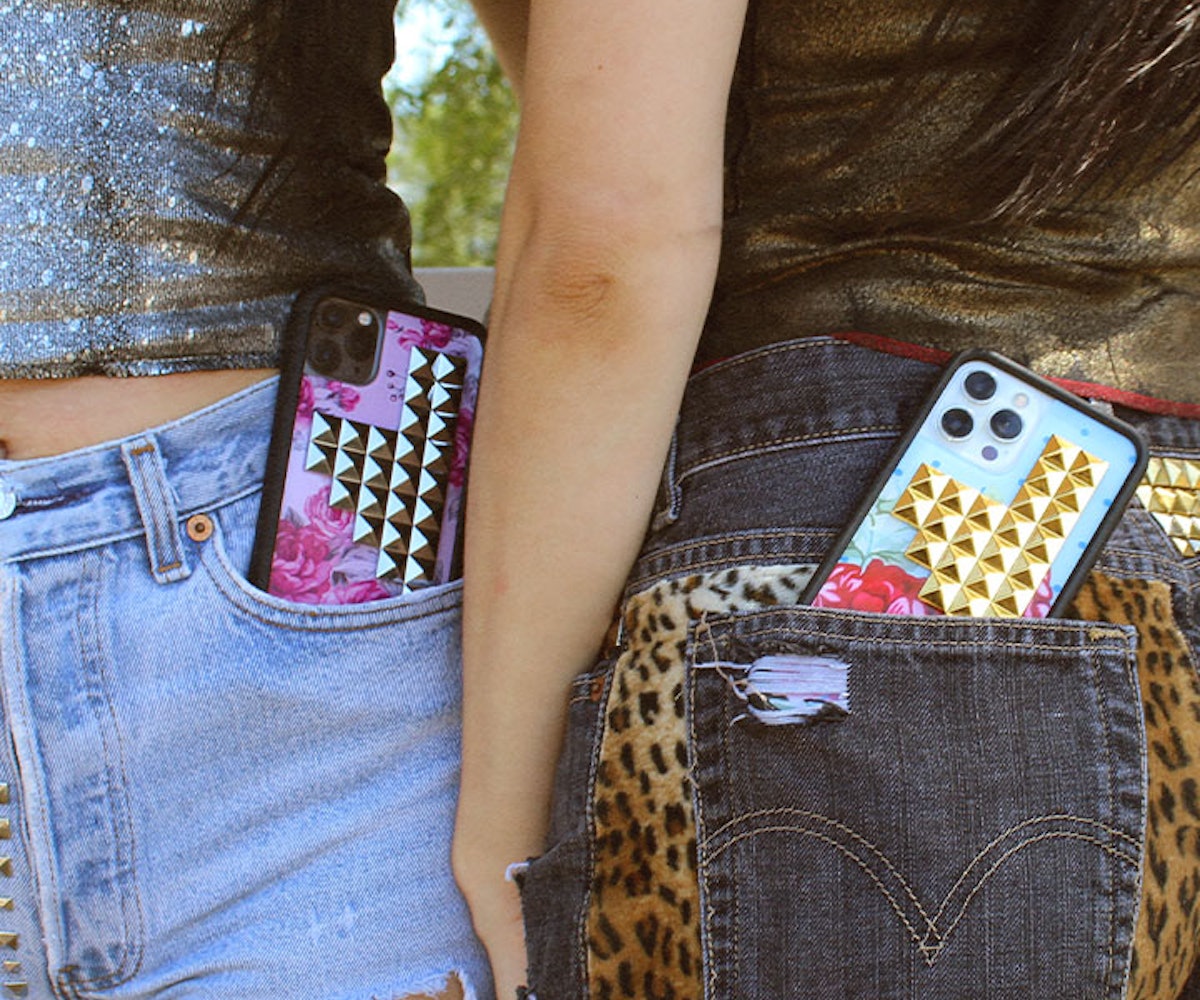 Wildflower Cases’ newest launch has sparked a ton of nostalgia online. Ahead of its Stud case drop on Thursday, July 14, co-founders and sisters Devon and Sydney Carlson revealed that they would be bringing back their beloved design as a tribute to OG Tumblr girls everywhere. The two shared photos from their most recent campaign shoot, paying homage to their aesthetic — complete with cutoff denim shorts, obviously — more than a decade ago.

The limited-edition Stud case — with a colorful floral background (pink or blue) and embellished with silver or gold studs — was first released in 2012, back when Instagram photos were heavily filtered and Tumblr was the online moodboard of choice. The debut launch was a hit, and plenty of influencers and celebrities, including Addison Rae, have asked for the cases to make a comeback over the years.

“We had the idea to bring back our OG studded cases in honor of our 10-year anniversary,” Sydney tells NYLON. “It felt like the perfect time and hearing the excitement from everyone else just makes it that much better.”

“The launch of these cases is different from anything else. The Studs were the first cases we ever made when our company started so bringing them back is the most nostalgic feeling,” adds Devon. “These cases have so much history and being able to use them again is bringing me so much joy.”

As for whether the two plan to bring back more Wildflower Cases from the past, it’s still too early to tell. But considering the response to the return of their first-ever original design, chances are they’ll be browsing through the archives again soon.

The relaunched throwback style is also available in pink and additional sizes include the iPhone 11, 12 Pro, and 13.

Devon and Sydney shared with NYLON some #tbt gems from Wildflower Cases’ original launch of the Stud case. (iPhones were so tiny back then!) Take a trip down memory lane, below.