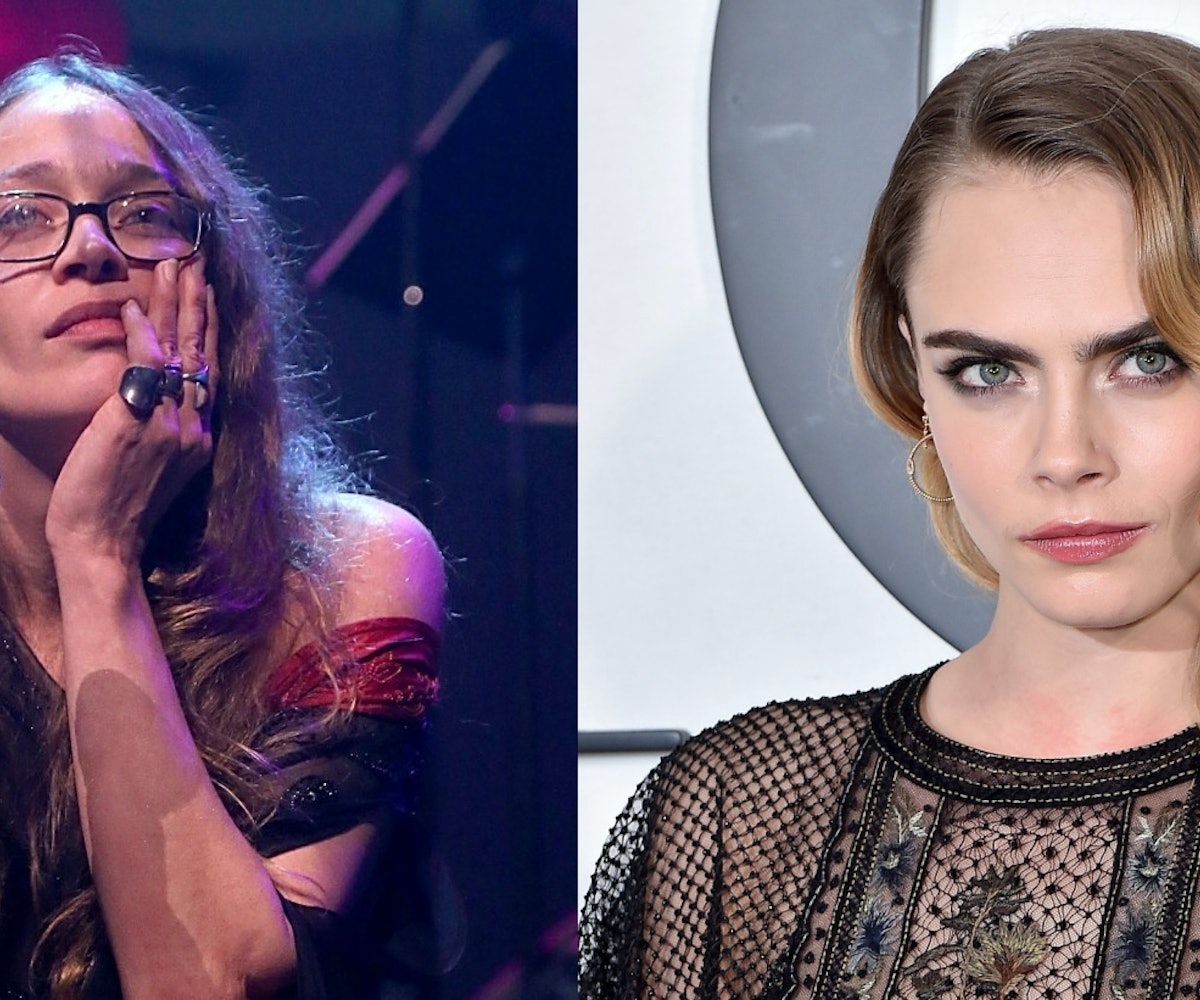 In early March, Fiona Apple announced that her long-awaited next album is complete. Now, the notoriously reclusive singer has revealed more about the project in a lengthy, and revelatory new profile by the New Yorker, which spans the course of multiple months and visits to Apple's home in Venice Beach.

From small details about her day-to-day, like the fact that Apple apparently doesn't listen to modern music, to complicated unpackings of past traumas, including an ugly recount of her turbulent relationship with former partner Paul Thomas Anderson —the piece is an expansive, and insightful overview of how Apple has reached the point she's at today: at the precipice of her fifth studio album. Here's everything we learned from the singer's latest interview.

Fetch the Bolt Cutters is the album title

According to the article, Apple's forthcoming album will be called Fetch the Bolt Cutters, a reference to a line Gillian Anderson says on The Fall, a British-Irish crime drama in which Anderson plays a detective investigating a series of murders. As Apple explains, "really, what [the title is] about is not being afraid to speak."

The album, which Apple began writing as early as 2012, will touch upon a number of themes, though will primarily be about women, specifically her attempts to "not fall in love with the women who hate me."

Songs were produced using everyday objects in her home

Apple worked with three musicians on the record: drummer Amy Aileen Wood, bassist Sebastian Steinberg, and guitarist Davíd Garza. According to the article, Apple composed and recorded her new album at her home in Venice Beach, "with all production decisions under her control."

Steinberg describes the 13-track album as "raw" and "unslick," with the article going into detail on the unconventional ways Apple integrated everyday objects in the album alongside drums, chants, and bells.

One track, "On I Go," inspired by a form of meditation called Vipassana chant, was created using "containers wrapped with rubber bands, empty oilcans filled with dirt, [and] rattling seedpods that Apple had baked in her oven. Apple even tapped on her dog Janet's bones, which she kept in a pretty beige box in the living room. Apple and the other musicians would march around her house and chant."

Cara Delevingne and Apple's sister sing harmonies on the album

Apple recruited her sister, Amber, and Cara Delevingne for backing harmonies on the album. The article opens with the scene of Amber and Apple recording the unreleased song "Newspaper," the line Amber harmonizing to being: "We're the only ones who know!"

Model-turned-actress Delevingne also has harmonies on the record's title track, with one of her contributions being a "kooky 'meow,'" according to the article. The piece also name drops King Princess as one of Apple's new and younger friends, though there's no word if she will be featured on Apple's album.

The piece touches a bit on Apple's relationship with alcohol and drugs, specifically coke and her use of prescription psychopharmaceuticals to address a diagnosis of "complex developmental post-traumatic stress disorder."

At one point, Apple tells an amusing anecdote about how she finally quit cocaine after spending "one excruciating night" at Quentin Tarantino's house, in the company of him and Anderson. "Every addict should just get locked in a private movie theatre with Q.T. and P.T.A. on coke, and they'll never want to do it again," she joked in the article.

Regarding Apple's past relationship with Alcohol, the piece revealed that at its peak, Apple felt the need to take a sip of vodka any time she'd "walk by the freezer." The article states that Apple, now, "doesn't consider herself an alcoholic."

She is already an expert at social distancing

According to the article, Apple nowadays "rarely leaves her tranquil house, in Venice Beach, other than to take early-morning walks on the beach with Mercy." Clearly, there's a lot we can learn from her.

Read the full profile at the New Yorker.