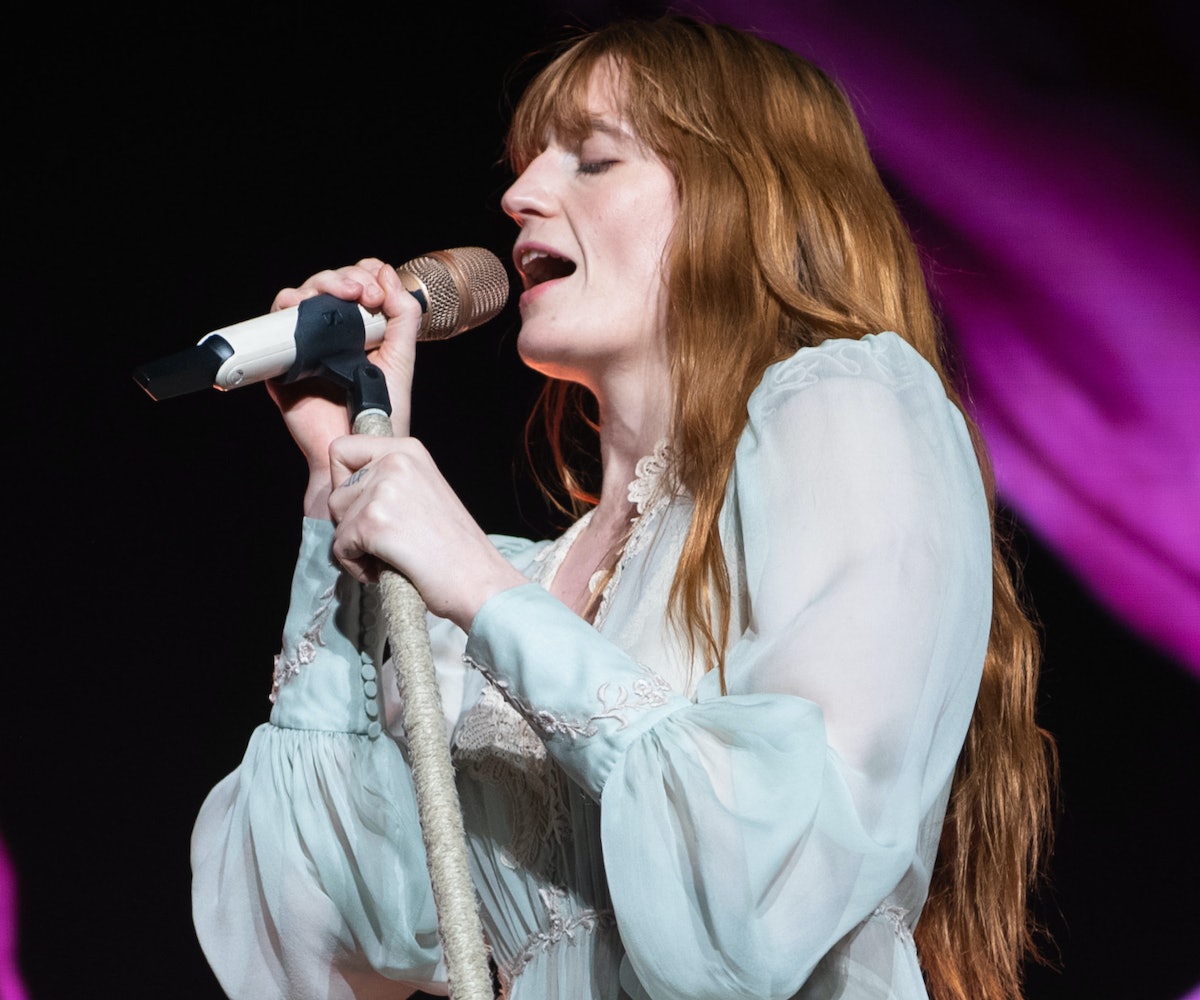 Florence Welch has just introduced a new sound. Whereas her 2018 album, High As Hope, had me weeping and rethinking my life every day on my commute, her surprise single "Moderation" has me head-banging at my desk and yelling at everyone to go listen.

"Moderation" was premiered live via Zane Lowe's Beats 1 show on Apple Music; it was then immediately released to the streaming platform with an additional single attached, "Haunted House," which is an absolutely stunning track from our witchy queen.

Welch has been playing "Moderation" on tour for a bit of time now with Florence + The Machine; it was written during the same era as her last album but with a different, highly charged energy. She told Lowe this, of the story behind the track:

It's funny, the song itself is about reaching outwards and being crossed that someone can't give you what you want. But then the chorus itself came from a childhood memory that I've had for years about being told off in church. I remember a teacher being really angry with me. Unfortunately, those human moments can sometimes inform, even though that person's just a human, they inform—if you're a little kid, the wider picture of it. So I'm like, "Oh, there's a God up there. He's super mad at me and he can see me all the time. I'm definitely doing something wrong at all times." To be honest, I feel that strange sense of guilt has informed so, so much of my music. But live and with songwriting I really like to embody the things I was afraid of as a child. I like to kind of embody that voice.

She added regarding the song, "It's like an exorcism, almost, if you try and become and exorcize the things that you were afraid of." Listen to Welch elaborate on her return to music and inspiration, as well as stream the new singles below.