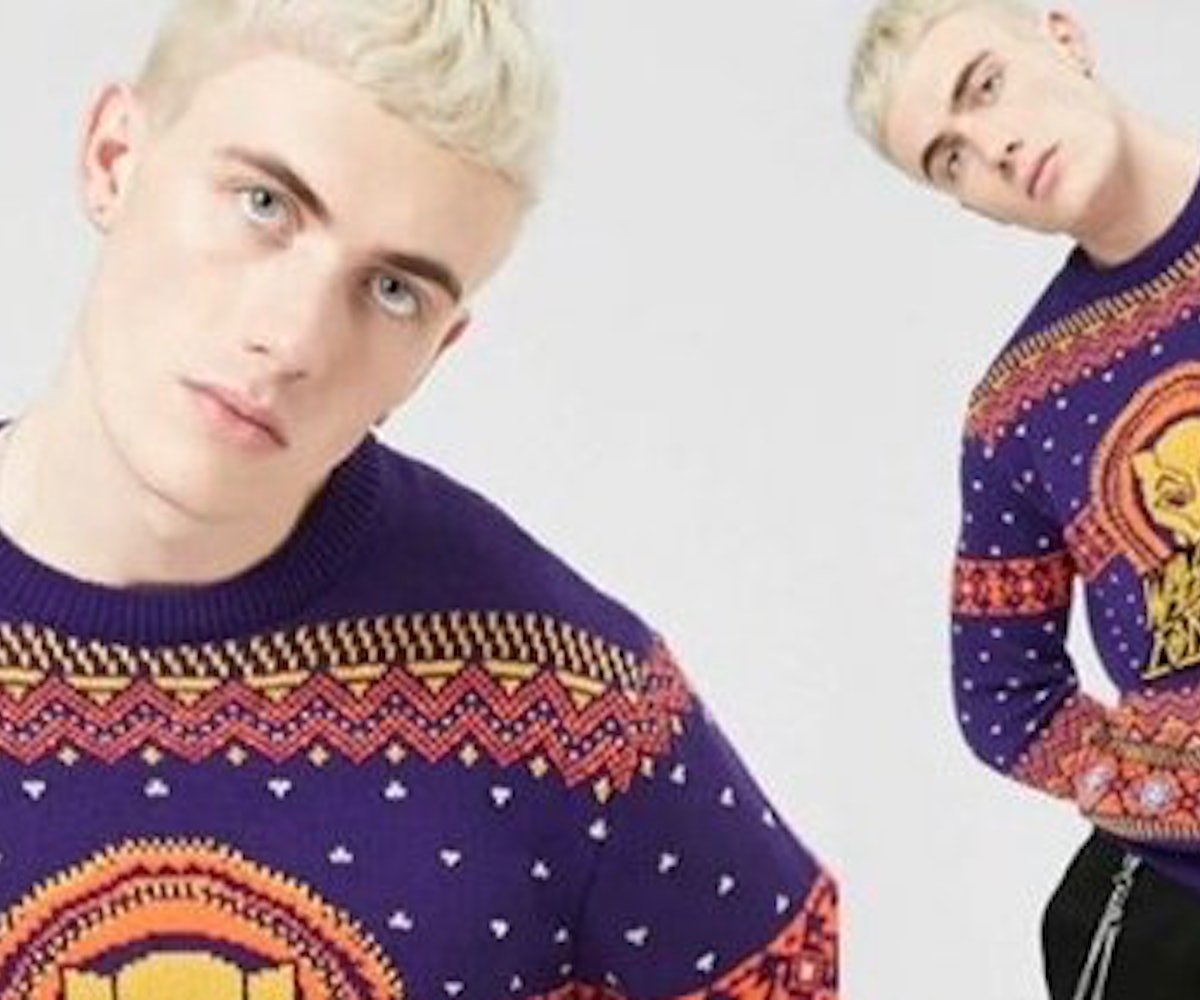 Forever 21 seems to have chosen the whitest man ever to model its Black Panther-inspired sweater.

The sweater in question is Christmas-themed and shows the phrase "Wakanda Forever" and a drawing of the Black Panther helmet in honor of the film featuring a nearly all-black cast.

On Tuesday, the company got put on blast after it promoted the sweater on its Twitter, posting photos of the white man in the gear with a link to shop. The post has since been deleted, but many users got screenshots before it was taken down.

Forever 21 has since issued a statement apologizing. "Forever 21 takes feedback on our products and marketing extremely seriously," the company told The Hollywood Reporter in a statement. "We celebrate all superheroes with many different models of various ethnicities and apologize if the photo in question was offensive in any way."

While white people can love Black Panther, the brand should have had the foresight to cast a black model for this. But for a company notorious for ripping off independent artists, advertising its plus-size line on a relatively thin cast of models, and selling sexist T-shirts for young boys, we're not altogether surprised by the blunder.