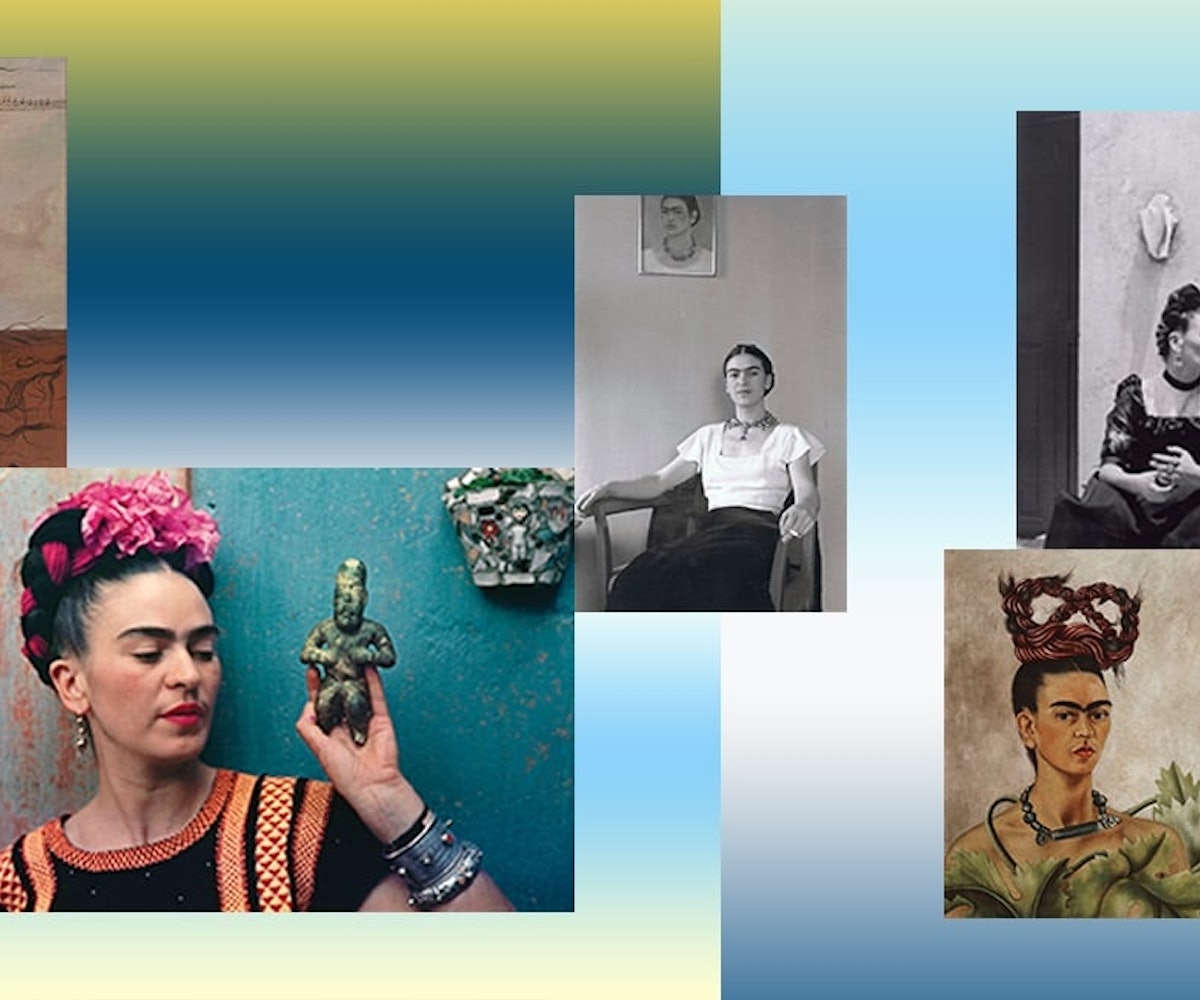 Photos courtesy of the Brooklyn Museum

I'm not particularly fond of the way that Frida Kahlo has been commercialized; it's gotten to the point where I feel like I can't walk down the street without seeing her (now iconic) likeness emblazoned on any number of tote bags or phone cases or T-shirts. Even when I knew very little about Kahlo, I was aware that the artist—a known communist—would have hated the commodification of her image and work.

Walking into the Brooklyn Museum's retrospective "Frida Kahlo: Appearances Can Be Deceiving," though, I found the antithesis of any hollow appreciation: an actual, thorough, personal understanding of the artist.

This show is the most extensive exhibition of her work in the United States in over a decade, featuring both Kahlo's classic works and some of her sketches—of which there are only a few—on display. Aside from these, what's most notable about the show is that her clothes and personal artifacts are publicly displayed for the first time in the United States since her death in 1954. When Kahlo died, her husband (fellow artist Diego Rivera) demanded these things be locked away in her family home, Mexico City's The Blue House, until 15 years after his own death. Though he died in 1957, the possessions were forgotten and not unearthed until 2004.

Through seeing how Kahlo both presented herself to the world and created her own world within her home, we're given an intimate, incredibly personal account of the artist. Then too, as Catherine Morris, one of the curators of the exhibition, notes, Kahlo talked about being "a contradictory person and a complex person" while she was still alive, and this duality is embraced within the exhibition. Also, Morris notes, Kahlo's "self-fashioning became a very political statement. She wanted to be seen as embracing Mexican nationalism; she saw herself as a child of the revolution."

The exhibition is organized thematically into 10 sections, each of which focuses on a particular aspect of Kahlo's identity. We see her childhood and how it molded her into the person she became, her marriage to Rivera, her life in the Blue House, and her debut exhibition in the United States. More than her personal history, we see how Kahlo interacted with several aspects of her own identity, from her support of the Mexican Revolution, which took place when she was a child, to her complex understanding of gender, to her creative interactions with her own physical disability. Her clothes and personal items are dispersed throughout each theme, showing the myriad ways in which she formed and showed her identity.

Kahlo was a woman, Mexican, bisexual, disabled, and communist—all identities that marginalized her in different ways and at different points of her life. They are also all identities she refused to hide, even if they made people around her uncomfortable. It's a way of being I aspire to; Kahlo exuded a type of confidence and disdain for the opinions of others that I wish I could achieve. Morris says this is probably why so many people love her: "I feel she was unabashedly who she was, and that, also, is what I think attracts people to her."

Though this exhibition has been planned for some time, the timing of its launch is notable, as Donald Trump blathers on and on about building a wall along the U.S-Mexico border, wallowing in racist rhetoric against Mexicans.

And so perhaps this is why such a huge celebration of Kahlo's art and heritage and beliefs—of every aspect of her life—is the perfect antidote to the Trump era. "We need as much as we can find in the current political climate that points to complexity, that points to the artificiality of borders, that points to the need to have conversation rather than walls," says Morris.

Kahlo's intersectionality, particularly in terms of her sexuality, is also something that feels very pertinent right now. "It's such a contemporary conversation," agrees Morris. "It's not a conversation or language that she ever would have used, just that notion of intersectionality, the notion of gender fluidity, the sort of disability theorizing, but it is fascinating to me that she opens up space for that kind of conversation, and I think it's what draws people to her and her biography."

Maybe most importantly, though, this exhibit takes a figure that we've all seen on tote bags and T-shirts, and reminds us that she is more than just an icon—Frida Kahlo was a person. This is exactly what the curators wanted, says Morris: "One of the things we hope happens in this exhibition is that maybe people will have a moment where they see her as the human being that she was rather than just the flash on Instagram."

Then, too, Morris hopes that in learning more about Kahlo, we realize something new about ourselves. "I feel like what we can learn from her is to acknowledge that the way we frame her or what we see in her says a lot more about us than it actually does about her," she says. "And that's okay. I think it's really interesting to think about why so many people, right now, feel like they need Frida Kahlo."

"Frida Kahlo: Appearances Can Be Deceiving" is on view at the Brooklyn Museum, now.