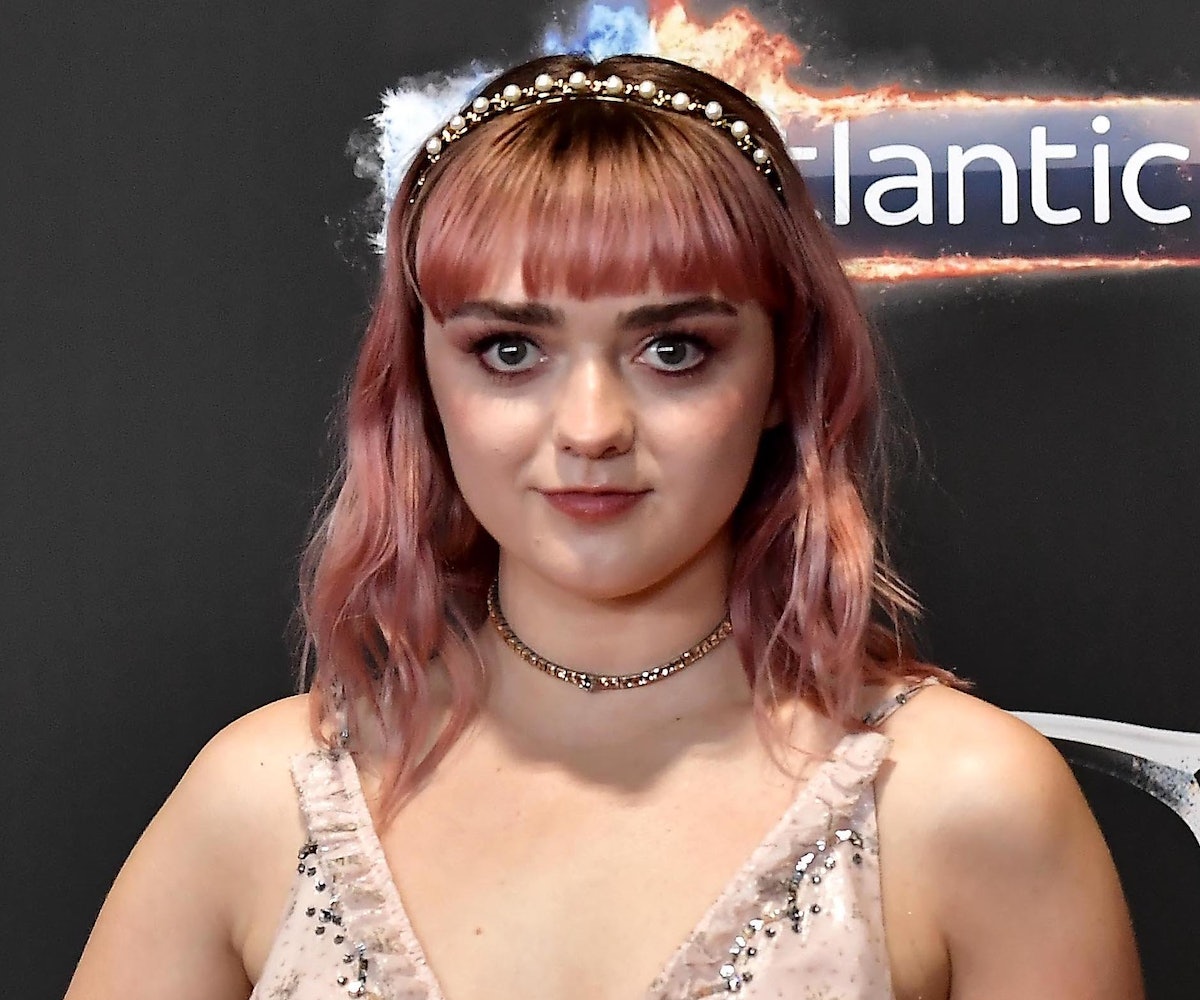 For the second installment of Jimmy Kimmel's "Game of Phones" segment, in which confused "fans" can call in and ask Game of Thrones cast members what the hell is going on in the show, Maisie Williams took the opportunity to shut down any fan who may question her character's abilities.

"You expect me to believe a 90-pound girl can defeat an army of White Walkers?" the fan said. Williams looked to see if anyone was behind her before issuing her hushed response. "Listen here you little shit, I know where you live, and I'd be happy to add you to my list," she threatened, before doing just that. For anyone who dared question the capabilities of Williams or her character Arya Stark, we have one thing to say: Don't underestimate the power of a woman with a lot of pent-up rage. Especially when that woman has been training to be an assassin for years!

The rest of the video is full of great revelations, as well. Liam Cunningham notes that Kit Harrington smells like "a mixture of old yogurt and Axe body spray." Isaac Hempstead Wright rolled his eyes back in his head to tell a fan where their keys were, but also let them know how they would die. And Sophie Turner, in answering a question about how the books differ from the television series, tells him that "the books are full of words that you read, and the show gets me paid, motherfucker!"

Watch the full segment, below.