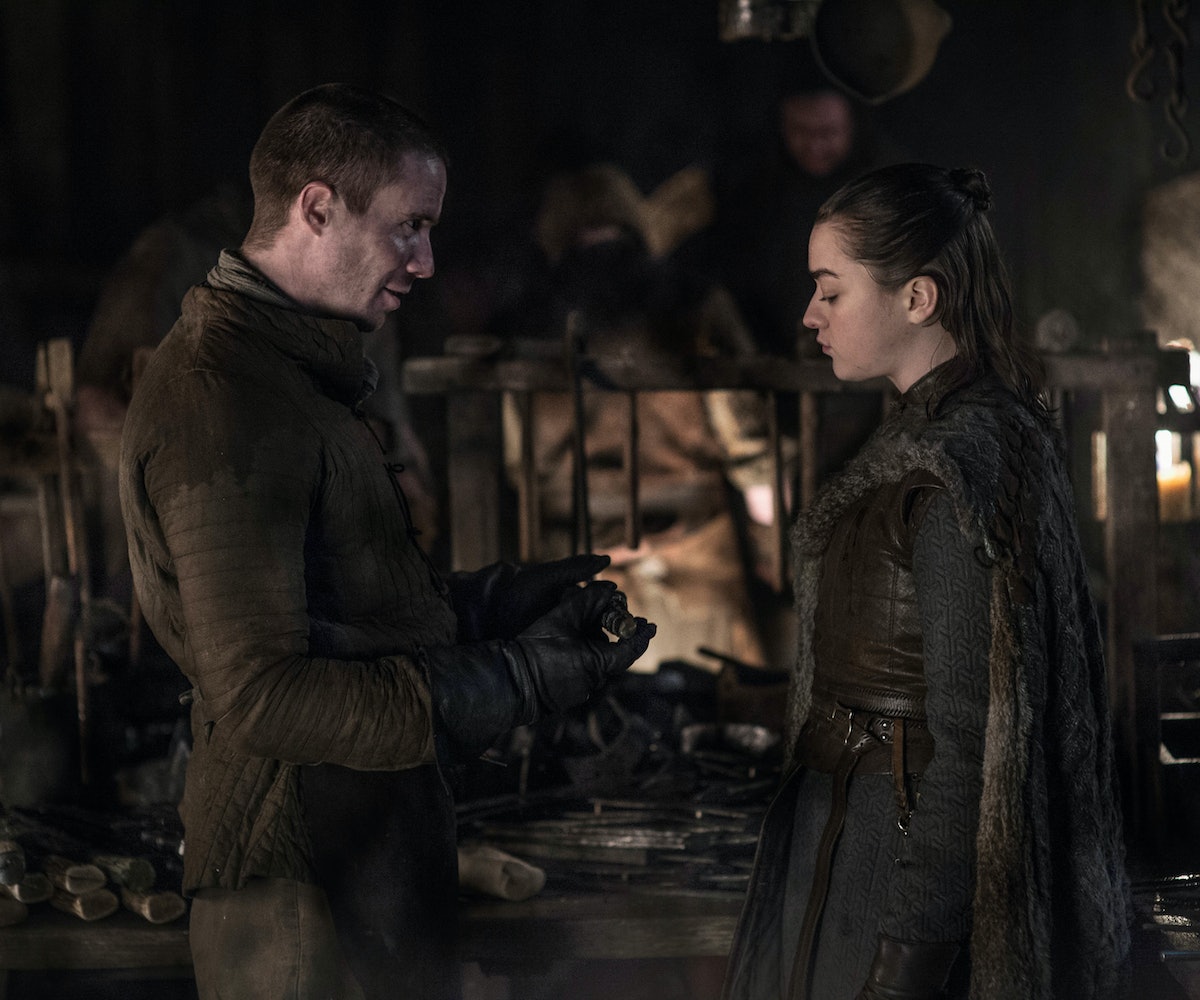 If you want to know the most important thing that happened in episode two of Game of Thrones' final season, it's not that Jon Snow tells Daenerys the truth about his parentage; it's not Bran explaining his weird connection to the Night King; it's the fact that Arya Stark had sex for the first time. If Arya spent the first seven seasons of the series building a feminist legacy for herself, she just cemented it by initiating sex with Gendry with full autonomy and agency. It's the kind of first sexual experience I wish I had—you know, minus the very real fear that it could be my last night alive.

The Night King and his army are getting really close to Winterfell and so, naturally, everyone is doing the things they've always wanted to do. Brienne gets knighted, Tyrion drinks, and Arya—who has already experienced so much death and loss—wants to find out what sex is like—and she's had her eye on Gendry, the bastard son of Robert Baratheon for a few days. So once they find themselves alone, Arya makes her intentions known and goes for it.

We don't see the act itself—Game of Throneshas some tact, after all—but the look on Arya's face as Gendry lays sleeping next to her seems to suggest it was worth it. Not only is it a first-time experience I wish I'd had, but I want more girls to know that they can and should have the sex they want, when they want, and under the terms that they set. Too many films still romanticize the notion of a gentlemanly lover easing young women into their first sexual experience; or, on the other end of the spectrum, depict it as extremely traumatic. Let Arya Stark, first of her name, be the first to tell you that this is not the case, and that women can set the stage for themselves.