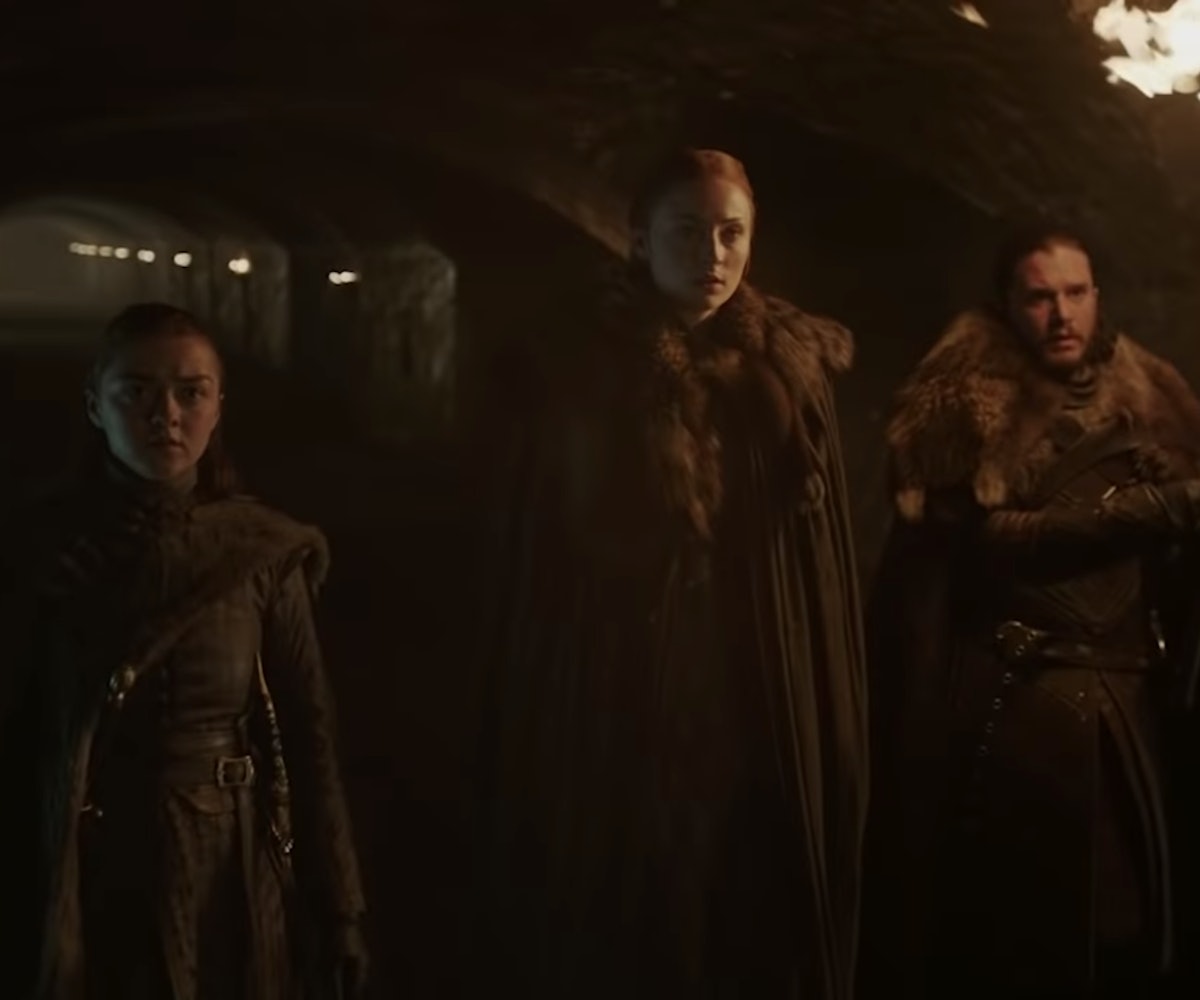 Game of Thrones Season 8 may still be a few months away, but HBO has revealed a new teaser video for the final season.

It sees Sansa Stark, Arya Stark, and Jon Snow wandering the Crypts of Winterfell, encountering statues of all who have fallen as some of their most chilling lines play over the visuals. As if that wasn't creepy enough, soon the three discover grave markers of... themselves. Jon Snow's torch blows out, swords are drawn, and the camera moves to show ice descending, alerting that the White Walkers are coming.

Previous teasers have also revealed very little. All we know for sure is that Sansa and Daenerys finally meet, and it looks intense.

Catch the new teaser, below. Game of Thrones officially returns for its final season on April 14.