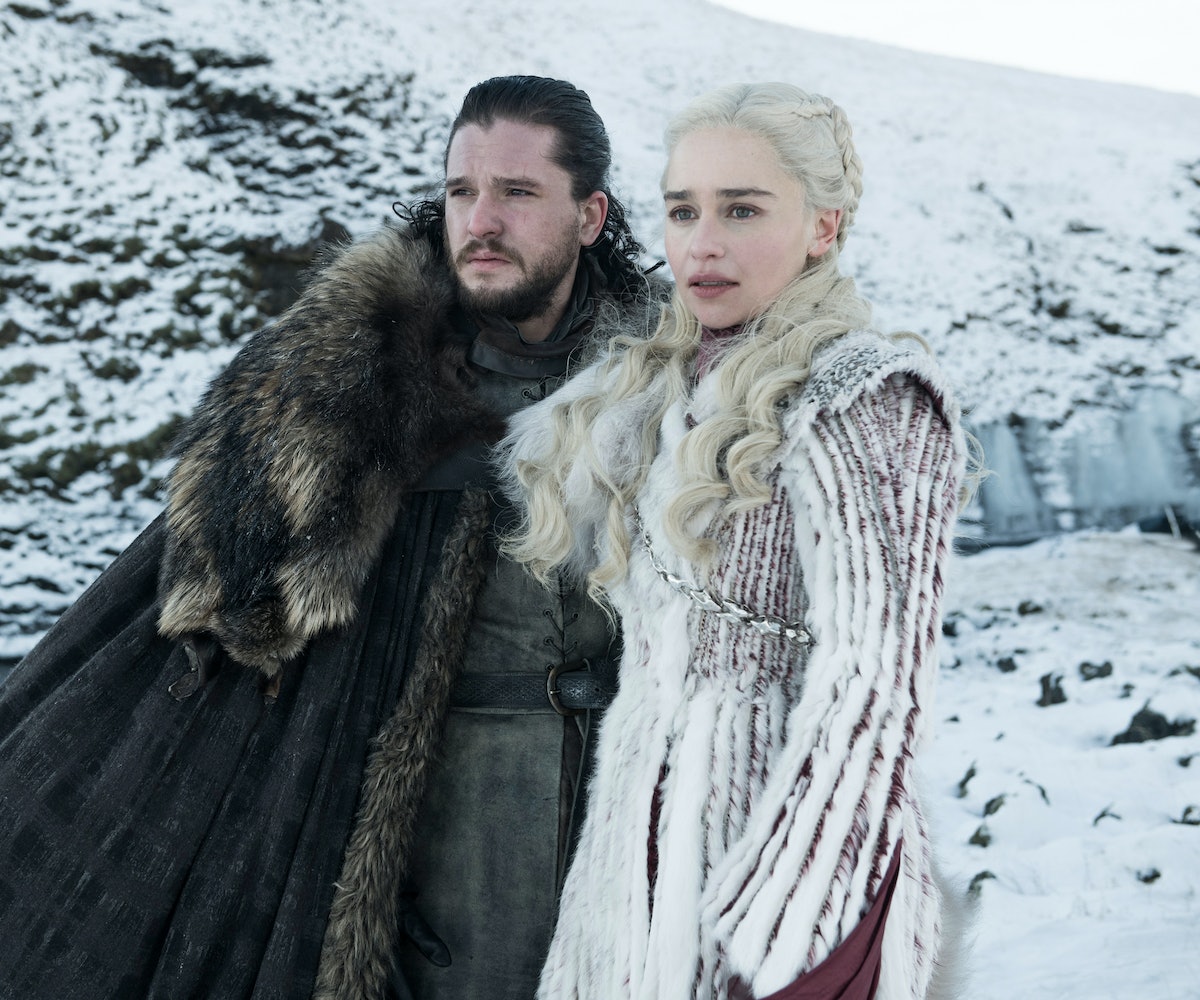 The people at HBO have perfected rollout content. They've been feeding us the tiniest morsels of information leading up to the Game of Thrones final season premiere, and we've devoured them; looking for clues and hints at what's to come for our favorite surviving characters, how anyone is going to survive the Night King and his squad, and, if they do, who will end up on the throne. Its latest drop, reported by Deadline, is the key art poster and could be a huge nod at the winner.

If you live in New York, you've seen the Game of Thrones posters that have everyone from Brienne of Tarth to Arya Stark sitting on the iron throne. But in this version, the imagery of the black, spiky throne is part of a dragon's head. Thanks to his red eyes and black scales, we know this is Drogon—Daenerys' favorite fire-breathing child and the one she always rides into battle. Despite no human appearing on this version, this could be confirmation of what many of us suspect: the only way to defeat the icy dead army is with fire, something that Khaleesi currently controls.

As Cersei told us in the first season, "When you play the game of thrones, you win or you die." So if we're wrong, we may need to prepare ourselves to say goodbye to our silver-haired queen. I'm not ready.