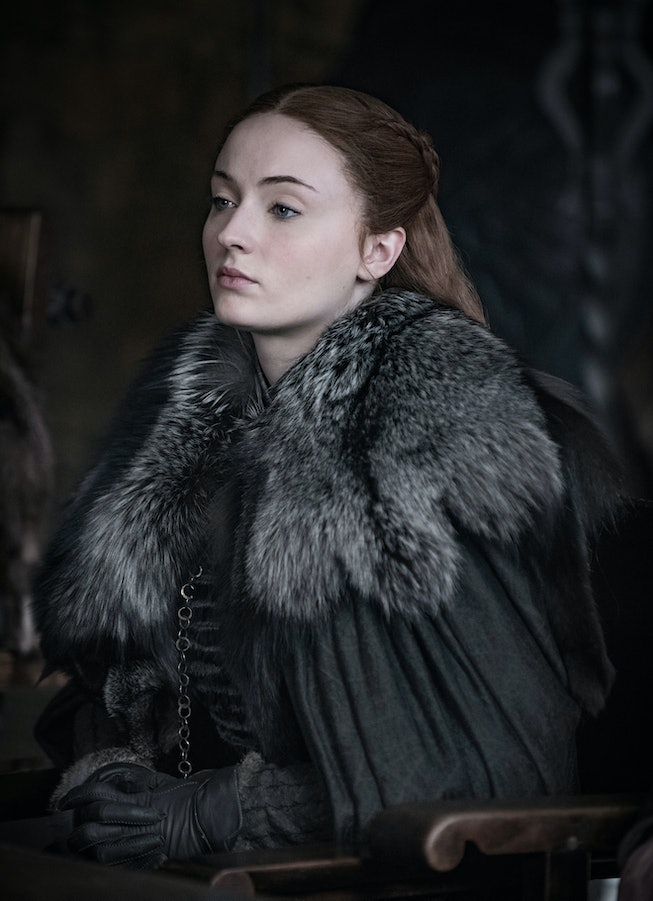 HBO did not make us wait long for the houses of fire (Targaryen) and ice (Stark) to unite in the Season 8 premiere of Game of Thrones. Daenerys proudly pulled up to Winterfell with her nephew-bae Jon Snow, ready to help the Northerners to defeat the Army of the Dead, but demanding her respect as queen in the process. Not everyone is feeling it, especially not Sansa, the Lady of Winterfell, who has been presiding over the region in Jon's absence. Unfortunately, the uncomfortable tension between the two women is already playing out like a petty rivalry and a tired trope.

Sansa is worried about her people. How will they survive the winter now that their food has to be used to feed Daenerys' army and her dragons? And, for her part, Daenerys didn't struggle in Essos for years to abandon her claim to the throne. These are the kind of grievances that should be aired out to Jon, who brought them together, but apparently women quarreling with one another makes for better television than them holding the man they have in common accountable.

Furthermore, the two women are ultimately on the same side against the coming army of the dead. So if the Game of Thrones writers think I'm going to invest in this ridiculous feud when I'm trying to keep track of who is left on Arya's kill list and whether or not Cersei is going to sacrifice herself to become the Night Queen, they are mistaken. I hope this beef ends just as quickly as it was started.