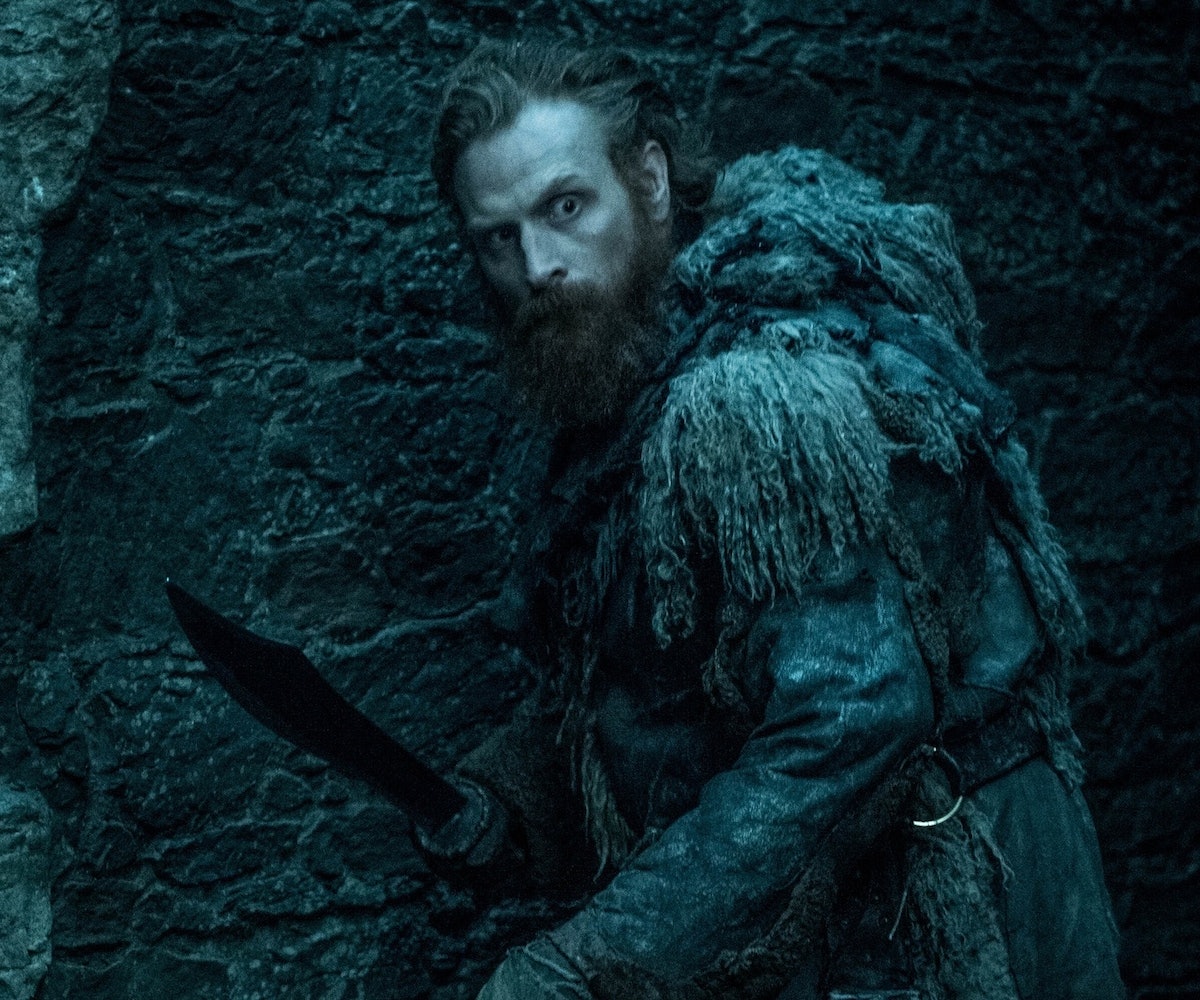 Our favorite red-headed wildling's full name is Tormund Giantsbane. It's a dope last name and exactly the kind you'd expect for a someone whose family legacy not only includes withstanding frigid temperatures north of the Wall, but also evading the active army of dead people who live up there as well. But apparently, Giantsbane is not a family name, but is rather a nickname bestowed upon Tormund. In the second episode of the current season of Game of Thrones, we find out how he got it.

In yet another attempt to impress Brienne of Tarth—which, tbh, Tormund has, unfortunately, officially ventured into creepy territory in his relentless pursuit of the new knight—he tells the story of how it all went down. After Tormund—just 10 years old—slayed a male giant, young Tormund got into bed with the dead giant's wife. When she awoke, she mistook Tormund for her own child and breastfed him for three months. Tormund explains that not only is that how he got his nickname, but it's how he got all his strength: from giant's milk.

That was not what I was expecting at all. Either way, Brienne wasn't impressed. But: Cool story, bro.