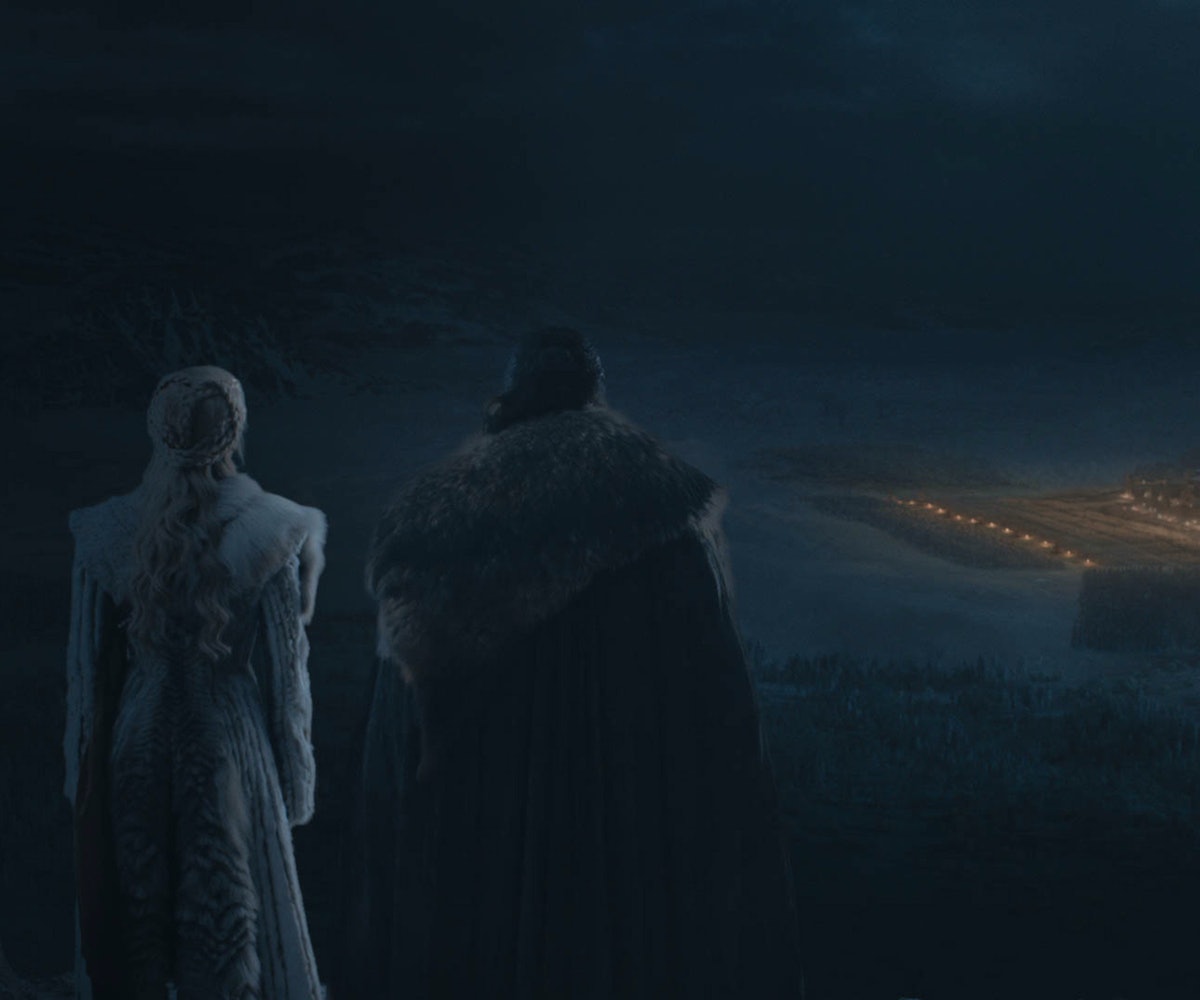 The Night King is dead. We've spent more than seven full seasons trembling in fear at the thought of his Army of the Dead arriving south of the Wall and bringing the end of the world with him. We've turned over all kinds of theories about who might be able to stop him; whether or not Winterfell was even his primary target; and who would be the one to save the realm, or at the very least survive the Long Night. Turns out most of our theories were wrong—but one in particular stands out as being totally off-base.

I'm talking, of course, about the idea that the Night King would perform the most epic fake out of the series, and fly right past Winterfell on his ice dragon, and going to attack King's Landing. The theory assumed that, if he did this, he'd then turn Cersei's troops into more wights, and create an even more dire situation for those left in Winterfell to grapple with for the rest of the series. But, it turns out that not everything is a feint, and that the Night King was just as obsessed with Bran as he was said to be—which led to his defeat at the hands of the one true queen of Westeros: Arya Stark.

But then, too, for those of us who thought the Battle of Winterfell meant the inevitable death of pretty much everyone, we were also wrong. I admittedly started the show with a drink in hand ready to mourn the lives of most, if not all the characters I've loved. Some lives were lost, including fan favorites like Lyanna Mormont. But, for the most part, it was either tertiary characters like Dolorous Edd and Beric Dondarion who died, or the kind of morally compromised characters, like Theon and Melisandre, whose heroic deaths were the only thing that could make up for all the terrible things they'd done before (killing children is bad!).

So even though I'd prepared a eulogy for Ser Brienne of Tarth and braced myself for the heartbreak of Missandei grieving Grey Worm and just knew The Hound would finally meet the death he's been evading for the whole show, I instead had to come to terms with the fact that every last one of these people is still alive. So are Jamie Lannister, Tormund, Ser Davos, Samwell, Gilly, Jon, Daenerys, and all the remaining Stark children.

But while some people are complaining that Game of Thrones didn't kill off any high-stakes characters, I want to remind them that there are still three more episodes left. And if you don't think Cersei Lannister isn't going to knock off several of those remaining favorites, then you don't know Cersei.