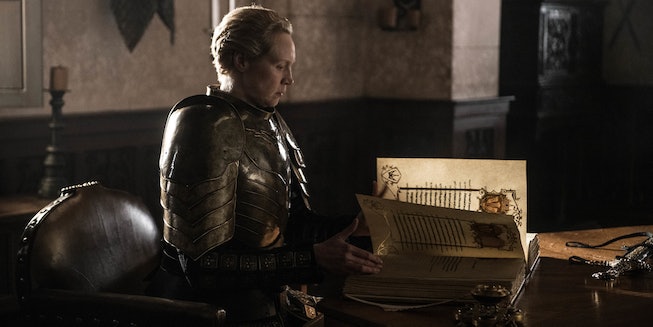 I'm not quite ready to talk about the amount of time I wasted hoping Game of Thrones would live up to its drawn out hype with the series finale, but I am ready to dive into all the memery that came out of the disappointment. And I'm not alone: Maisie Williams—aka Arya Stark—summed up what we were all thinking in one single tweet: "just here for the memes."

After Daenerys had almost as lackluster a death as Cersei, dying with a quick stab wound, it was pretty clear that it would all be downhill. But hey, at least she's reunited with her BFFs Missandei and Jorah in the afterlife.

That opened up the question of who exactly would be king or queen of the seven kingdoms. Poor precious Samwell thinks we should try democracy, but it's not Game of Popular Vote, it's Game of Thrones.

Apparently, everyone at this point had totally forgotten about the fact that Jon Snow actually was a Targaryen, and the rightful heir to the throne. All the characters who, up until this point in the season, had been obsessed with this fact totally pretended it never happened, and never considered him for the new ruler because he... killed the mad queen.

So what do they do? Choose the one person who always said they never wanted throne and that he never even wanted anything: Bran Stark. Arya didn't save everyone's ass from the Night King to be disrespected like this!

And, with all his pre-existing knowledge and newfound power, Bran still just chilled in his chair. Arya is going into uncharted waters, no idea what danger lies ahead? Nah, don't share the information you have on it. Jon is sent off to the Watchers on the Wall just as his younger brother gains absolute power? Forget about pardoning him, Bran doesn't care.

And who would've guessed that Ser Brienne of Tarth would just go and become a blogger, writing anonymous glowing messages about the dude that screwed her over. I'm not a huge fan of the editorial decisions she made while finishing Jaime's story, but I am a fan of the memes made out of the scene.

And back to Jon Snow: All this potential, all this hype on his real name, and once he kills Dany he's shipped off to the Night's Watch like a sad, discarded puppy. There's not even a real reason for the Night's Watch anymore, so he's basically just being sent off to be out of sight, out of mind, for the rest of time.

But hey, at least they finally made right with Ghost. The goodest boy in all of the Seven... or, rather, Six Kingdoms deserved all the pats, and he finally got them when he was reunited with Jon in the North. It almost made me forget all the nonsense that happened throughout the rest of the episode... almost.