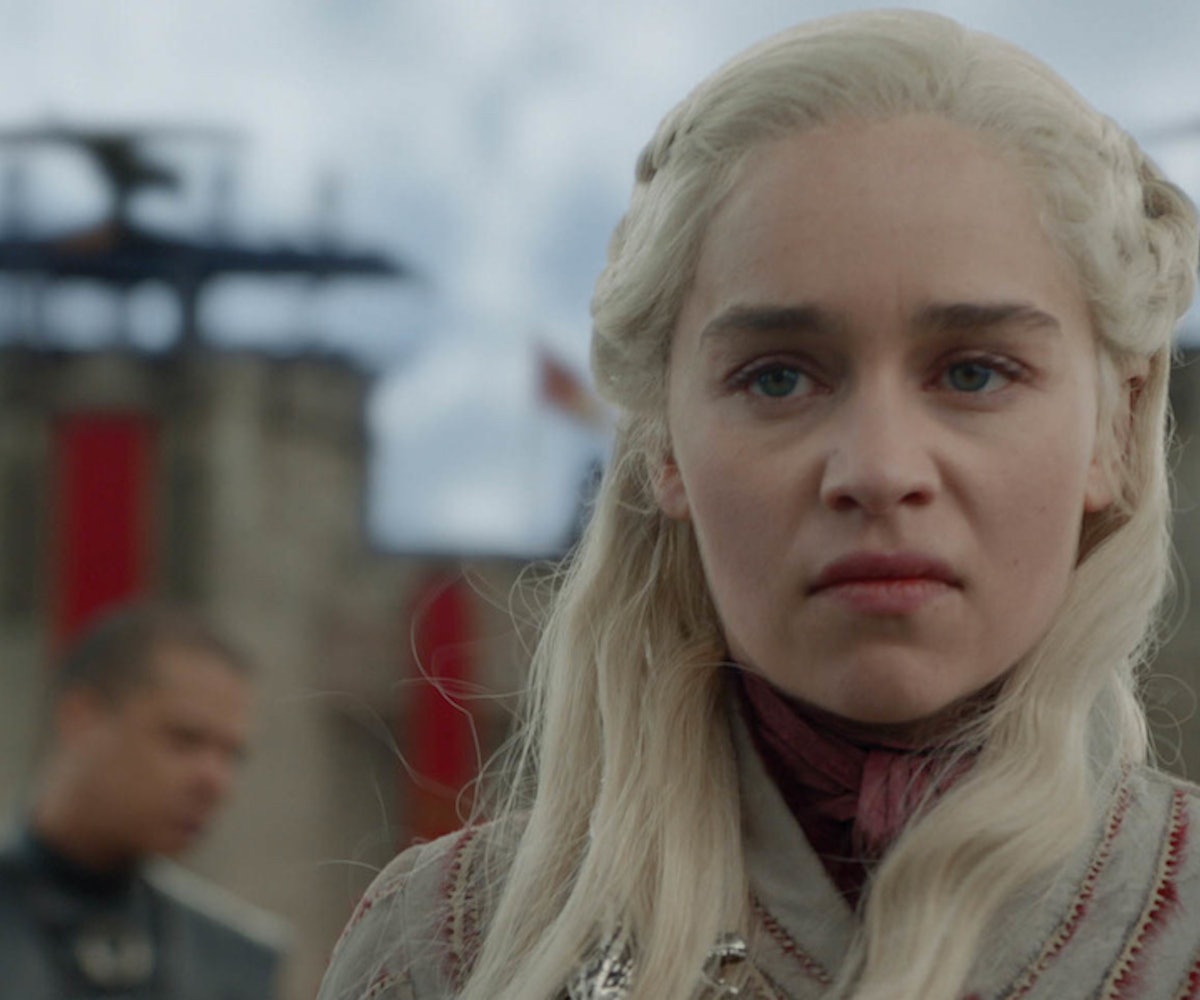 There were a lot of things that we took issue with during last night's episode of Game of Thrones, but the memery that ensued was not one of them. Nothing can ease the pain of a poorly timed proposal, a stray Starbucks cup, and killing off a beloved character like lots of internet jokes.

Despite Jon Snow really not wanting to assume his rightful throne, everyone and their mother (save for Daenerys) is ready to scheme his way into the hot seat. Varys, as a Twitter user pointed out, is the "Shade Room of Westeros," so, soon enough, everyone is going to know about Jon's little family secret whether he likes it or not.

Speaking of spilling secrets, how did Jon expect Sansa to keep the news about his parents to herself? Unlike Dany, Sansa knows that sending people down to King's Landing so shortly after an arduous battle is a death wish for all, and is keeping her (and her people's) best interest at heart by immediately sharing the news with anyone who will listen.

Sansa is right to fear Cersei and her army, but has Cersei heard what Arya can do? I'm living for this leave-the-gates-open mentality; let Cersei overestimate her power and watch Arya sneak up and close those green eyes forever.

We may be down to one dragon (RIP), but I feel like that should still be enough to instill some fear in Cersei's frigid heart.

As Dany watched Cersei remind her that she is truly that bitch, the cameras zoomed in on her in such a way that some people thought that Daenerys will also be on Arya's list. But, book-readers know that Dany has violet eyes—not green, like Cersei—so this is one meme that doesn't make much sense.

I can't help but agree with this one.

More than a few of your faves revealed their softboi selves last night and were memed as a result. Gendry proposed just after he hop-hop-hopped into Arya's pants, and Brienne got it on with Jaime Lannister (?!) rather than Tormund; both rejections are probably emotional enough for them to create anthems à la Drake. He's a GoTstan, too, so I'm sure he wouldn't mind.

Also, I will never be able to rest knowing that Jon Snow did not at least give Ghost a pat on the head to say goodbye. Ghost is a true ride or die who literally lost his fluffy little ear for you, Jon. If Ghost ends up running to your side now that Rhaegal is dead (because he's a Good Boy and can't hold a grudge), you better make it up to him, and then some.