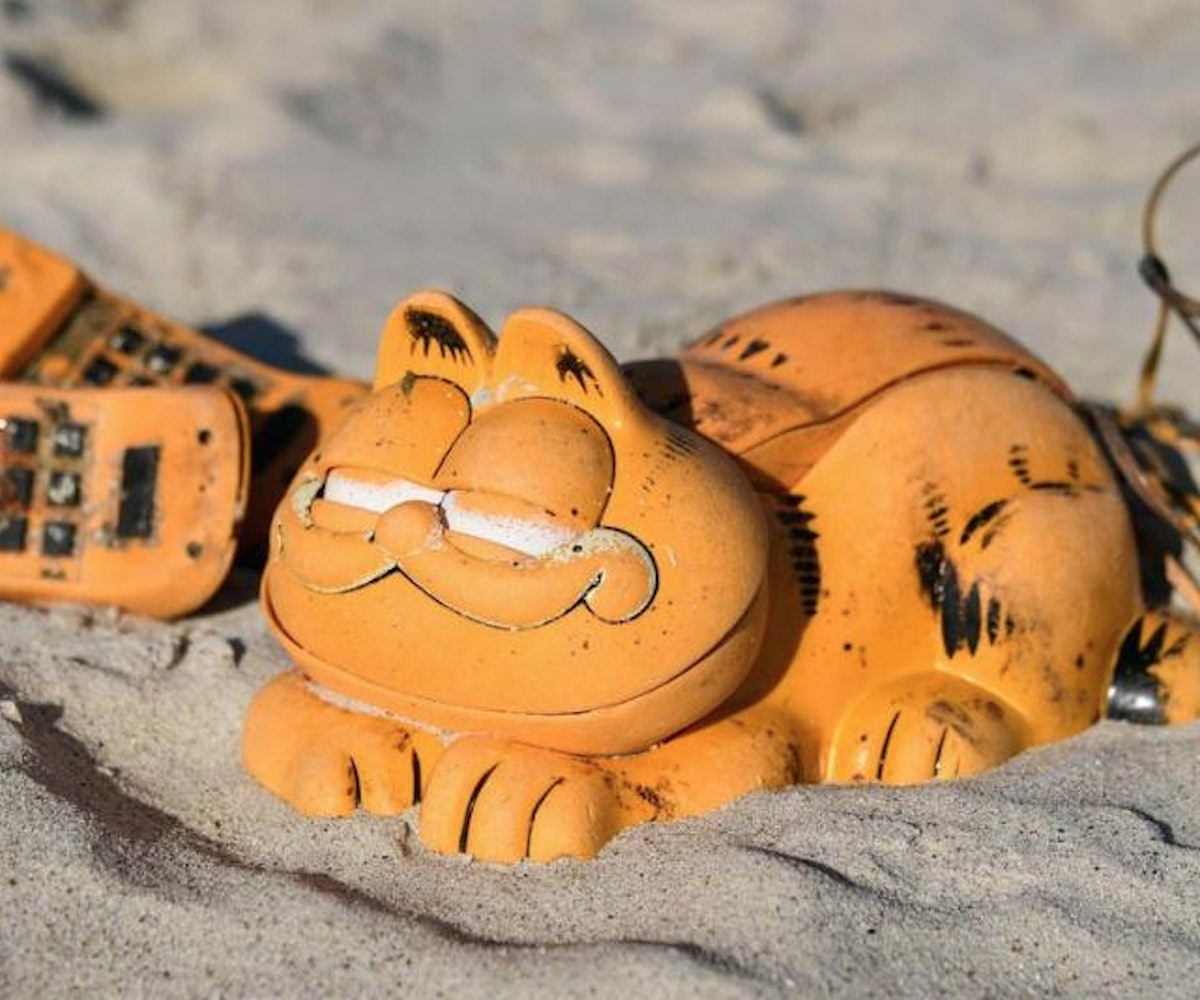 Apparently, novelty phones shaped like the cartoon cat Garfield have been washing up on a French beach for 30 years, and the town just found out why.

Cleaners of the northern beaches of Finistere have been trying to place where the bright orange Garfield phones have been coming from for decades. Personally, I was planning to believe that these are just what French jellyfish look like, but it's now been revealed that a lost container is to blame (something that the residents have long suspected).

After a local resident told cleaning group Ar Viltansou that he had come across the container after a storm in the 1980s, it was located "wedged in a partially submerged cave only accessible at low tide." Turns out, it was very dangerous to get to it, which explains why it took someone so long to discover it. It still remains unclear where the shipment came from and if it was the only one.

While I'm sure it's great for the inhabitants of Finistere to know exactly why they've been seeing these phones washing up on their shores for decades, and while this type of pollution is not good for the sea, I'm kind of disappointed at the mundanity of the answer. I'm just going to now pretend that maybe there are mermaids off the coast who were really into Garfield years and years ago, but have slowly started to ditch the (sea)lines and turn to smartphones.