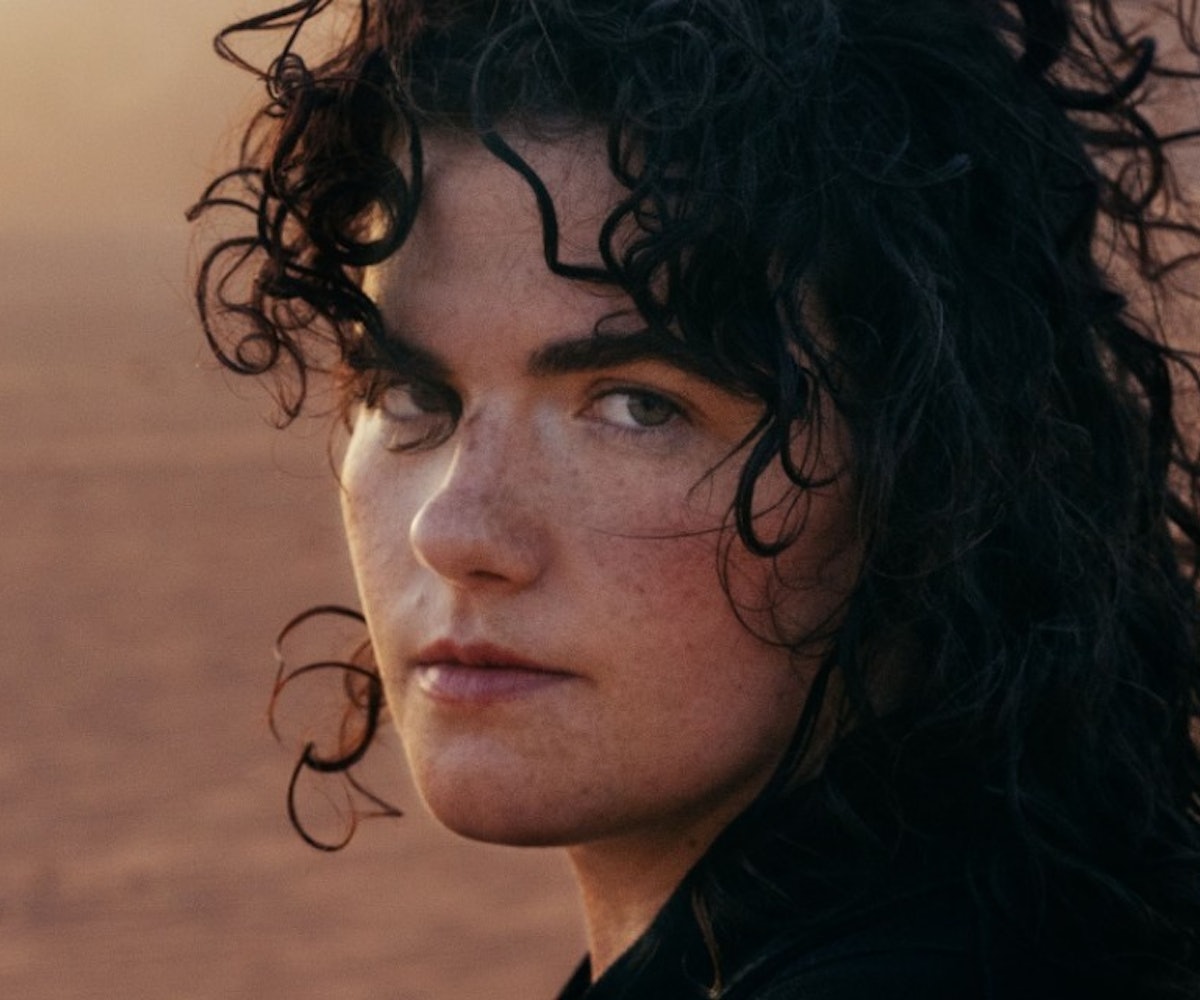 "You can't help but be so enamored by the whole scenes that birthed Chicago House and Detroit Techno," the singer Georgia says over the phone one January afternoon, a palpable reverence in her voice. The 29-year-old Londoner is in the midst of recounting why the '80s era of innovation responsible for the existence of modern day dance music resonates with her so deeply. "I really identify with people that are pushing the boundaries and being true to themselves," she continues. "I think the dance scene is about that, really. The people who had differences, and it was a place for them to celebrate that."

Nearly forty years later, house and techno fuel the pulses of festivals, raves and midnight-hour dance floors all around the world. But the genre's original mission — to provide the limb-loosening beats that facilitate moments of euphoria and collective liberation — still lives on. It's in that spirit Georgia shares Seeking Thrills, her enthralling second album and 13-track collection of intoxicating electro-pop that functions as a roadmap for any long-winded excursion on a dancefloor. When you think you're lost in the thick of it, each track unfurls another path toward that singular salvational moment held so sacred in the lifespan of a rave. It opens with the bass-heavy and twitchy "Started Out," on which she pushes you to your feet for the rest to surge through like an extended serotonin release.

Georgia has familial ties to genre — her father was in the influential British dance duo Leftfield — but she nonetheless dug deep into its roots for the record, paying homage to its originators while collaborating with modern practitioners like East London's Shygirl and Portugal's DJ Marfox. For Georgia, dance music has always been a driver of spiritual healing and she discovered that message can apply off the dancefloor, too. She got sober and went vegan and gluten-free before working on the record — new "thrills" she found worth pursuing.

"People are taking seeking thrills quite literally like, Oh, go out and bungee jump," she says. "It's not. It's more metaphorical than that. It's about something that's a bit more important to you."

You've dug really deep into the history of dance music, and traced back to its roots in Chicago and Detroit. Do you think that work of trying to understand and learn about the history of whatever music you want to make, is crucial work?

I don't know; it is to me. For me, the most crucial part of becoming a musician is listening to music. I've listened to a lot of music and I've not been picky with what I listen to. I try to listen to everything from all over the world and the knowledge you gather from other people and from other cultures is very valuable. My whole goal really in this whole thing is to be an authentic artist and try to do something that other people listen to and go, "Oh, this sounds cool, I wonder where this came from." And they discover all the past music and they expand their minds.

Going to university, I did a course called ethnomusicology and it was coming from a very analytical sort of viewpoint, but it was fascinating to draw the lines between music and where it came from and follow the journey that it's made. I think that I'm just a big lover of music and think it's important to appreciate the past and appreciate the sacrifices that people have made for certain genres to become what it is. So yeah, I do think it's crucial.

There's been criticism for the way dance fans and dance music in particular has evolved over the years, in that people are plainly unaware or straight out deny the genre's roots in Chicago and Detroit, as the music has moved more into the mainstream.

I think it's kind of crazy in America that a lot of people that I speak to in the EDM scene don't know the fact that house music and dance music derived from their country. How do you not know the fact that house music was made in Chicago and techno was made in Detroit? I mean, I'm not generalizing. I'm sure there are people in the scene that totally appreciate it, but it does strike me as very odd as why people don't really know about the amazing history of that side of American music. It's such a fascinating story. I mean it's as fascinating as hip-hop and it's arguably as important as hip-hop.

I don't criticize the EDM scene and commercialization, that was always gonna happen with dance music. Anything underground that has minute success becomes mainstream. I don't really have a problem with that because my dad provided a roof over my head and gave me a great childhood, because dance music went from the underground to the mainstream, and his band was part of that wave. However, what is happening in dance music right now, particularly with women, such incredible music is being created. Kevin Saunderson's still going and Carl Craig too. It's still such a thriving DJ scene and that's exciting. Maybe [commercialization] needed to happen in order for the kids to understand it.

It's tough because popularization also pushes a lot of innovation in the underground space, and moving that forward.

I agree with that point completely. Without popularization you wouldn't get the underground so it's like, you have to take a bit of yin and yang.

When does the peak for euphoria come for you on the dance floor?

That kind of like, three o'clock moment when somebody drops an absolute classic banger and suddenly you feel the whole of the room come together in this collective energy. In that split-second, you're all levitating together, but you know it's gonna go. It's an amazing moment and it's very hard to do. You have to be a very skilled DJ to do it.

It seems really centered around collectiveness, not something you can achieve alone.

Well, I think you can, but it's harder. I think you have to be very sure in yourself to reach it, with a bit of drugs or something to help you. But there is definitely something so special about that collectiveness. You know, humans throughout history have needed that. People get that when they go to rallies or when they are in their jobs and have meetings that go really well. That's the feeling that I wanted to get off this record, is how special these moments are and that we need to check in with ourselves and make sure we have these moments in our lives. That for me is the "seeking thrills." People are taking "seeking thrills" quite literally like, Oh, go out and bungee jump. It's not. It's more metaphorical than that. It's about something that's a bit more important to you.

You got sober and became vegan before writing this album. Did these changes impact your creative process at all?

More so, it's to do with me physically. I just felt healthier. I could do more hours in the studio, I could go longer. I think looking back on the songs, and what the songs are about, there was this kind of personal journey I was going on with getting healthy and my nutrition journey. A lot of us are very much concentrated on the mind, but actually the body has so much to do with that. For me, being unhealthy and letting myself go uncontrollably overweight was totally affecting my headspace. I had to really know that about myself. But again, that was what I was sort of saying behind "seeking thrills" as well: check in with yourself and what you need.

Where is the most exciting place for music right now for you?

I've been really excited by the scene of music in Portugal. I love that Príncipe label, where it's like this dancehall beats kind of process of music. Actually, we featured DJ Marfox on one of the songs on this record, and through the making of the record I was very, very inspired and excited by it. One of my favorite artists, Fever Ray, uses Nidia Minaj and I've been a fan of Nidia Minaj for years. I think what's going on particularly in Lisbon is really exciting. South Africa has also got some amazing music at the moment, particularly the house music coming out of Durben.

What are you most excited about now that your album is out?

I'm just excited about hopefully the reactions of people. I don't have any expectations, I was just really enjoying this ride so far of things happening I never thought would happen. I just know that it's been a great year and I'm really just excited about playing shows and just getting more and more people into the sound of the songs.