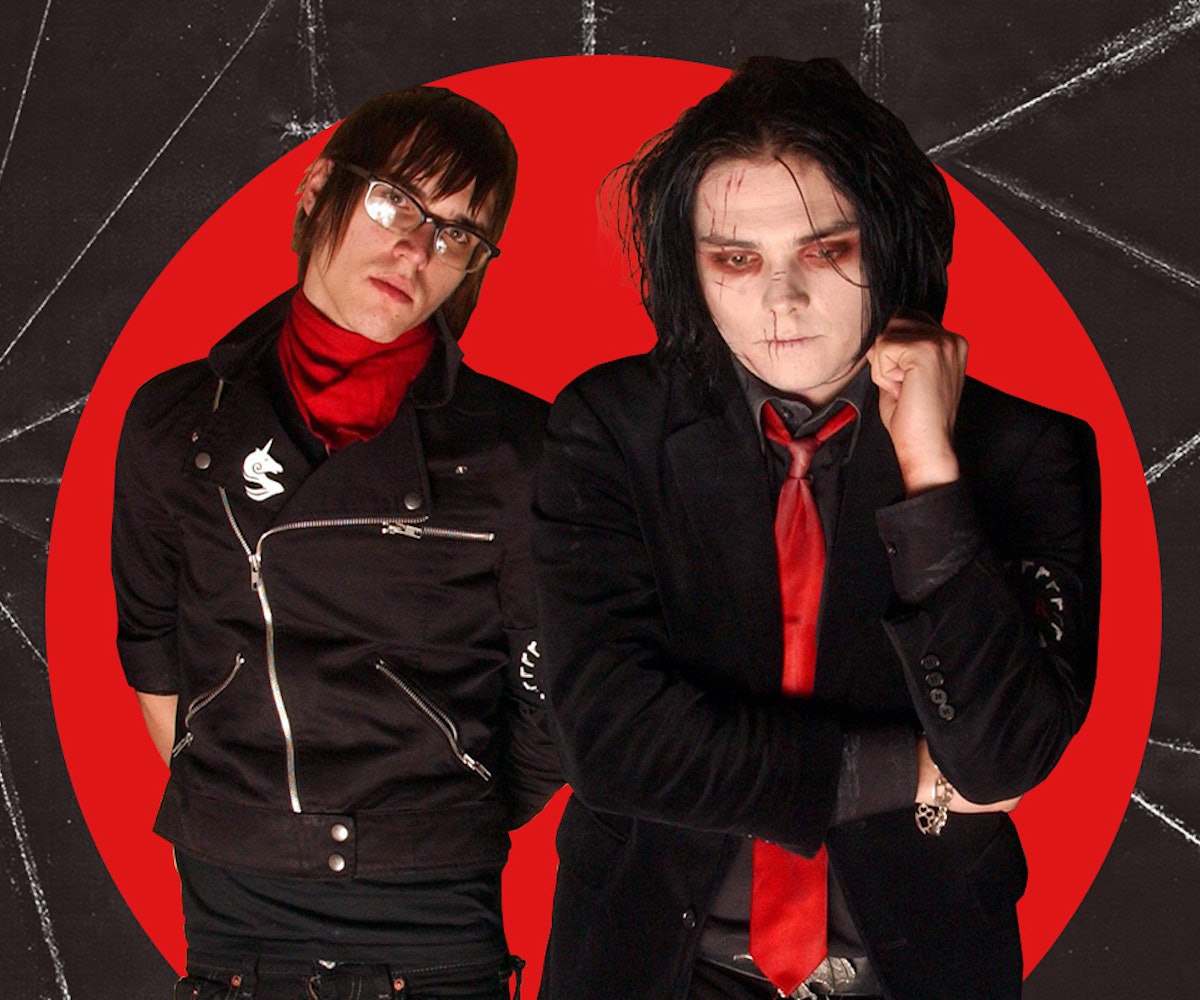 "I consider myself one of the luckiest people alive," Gerard Way said to me over the phone. "I get to wake up and generally—I have guidelines and stuff—but, I get to create whatever I want." And while that used to mean mainly music for the former My Chemical Romance frontman, lately Way has found plenty of success outside of the emo musical canon, with success in comics and now, television, in the form of Netflix's The Umbrella Academy, based on his comic of the same name.

But that doesn't mean Way's musical roots have been forgotten: After The Umbrella Academy hit Netflix earlier this year, Three Cheers for Sweet Revenge re-entered the Billboard charts, despite MCR still being inactive. In fact, responding to the Joe Jonas-started rumor of the group's reunion, Way laughed and said, "I don't know what Joe Jonas heard, because we were never in New York. Three of us are based in L.A."

But Way doesn't seem annoyed by the way his music career finds its way into conversations about his newfound success in comic books, and is rather proud. "It's a wonderful feeling to have this circular body of work that has all these different facets to it," Way said. "The fact that all the stuff I've worked on has had a cultural impact is really an amazing thing." He added, "The older I get, I'm way less concerned with things like accolades or achievement, even success to some degree. It's really become all about the craft; ego is completely removed from it. I just haven't been concerned with legacy in a long time."

Not concerning himself with legacy has served him well as he's dug deeper into the world of comic books. As a part of his own DC imprint, Young Animal, Way was faced with a daunting task when he picked up the reigns of vaunted series Doom Patrol. Rather than constantly holding himself directly to the series' honored past—though, he did do that at first—he's chosen now to let that all go. "What I've done now within the world," Way said, "is started to really write what our Doom Patrol is." He didn't always have this confidence: Back when he first started with the series, he was nervous about handling such a prestigious story line. "I was really white-knuckling the whole thing," he said to me, describing it as "very stressful, but really rewarding." Now, he's learned to loosen his grip, and not worry so much about what came before, but just focus on the future.

Way does this by offering easy entry points to comic book fans (or wannabe fans) who are intimidated with the idea of catching up with years of backstory. Way recalled, "I said to my editor, my biggest problem with modern comics is all the continuity, for years and years. It's so daunting and it locks people in this stuff." So, for Doom Patrol and Umbrella Academy, Way said, "I sought out to get rid of continuity," to welcome in readers both novice and die-hard, alike.

"Even back in Umbrella Academy, what I wanted to do is—because comics have helped me so much—to expose [MCR's] fan base to comic books," Way told me. "Predominantly our fan base was young women, [and in] talking to comic shop owners they said, 'These women are coming in and they're reading their first American comic,'" he said. "I think I kind of had that audience come with me [for] that book, and I think they've come on to Doom Patrol as well."

With each new release of Doom Patrol, Way said, "It's become an exercise of how much positive energy we can put out there." When he executed his plan to include positive representations of therapy in the series, he said, "I didn't try to bury it in any metaphor. I thought it would be great to have a positive version of that for people, because there's such a stigma." And Way keeps that positivity going throughout the series, whether encouraging body positivity or including a character who has an emotional support animal.

"It's become an exercise of how much positive energy we can put out there."

With Way's DC imprint, he's also been able to push for stories from other artists to reach the hands of MCR fans. His brother (and former MCR bandmate) Mikey Way just made his Young Animal debut with Collapser, in which he similarly explores mental health through the comics universe. Mikey told me that Gerard was "very instrumental in the project [becoming] what it is," especially with it winding up on Gerard's own imprint. "He's been there every step of the way for me with comic books," Mikey shared. And it hasn't just been Gerard—"I had been talking to DC for a while about making comics; I have a bunch of people over there who believe in my ability to story-tell," Mikey said. Despite it taking years for him to get around to it—thanks to other projects and just life getting in the way—"They stuck on me," he added. "That was cool. It made me think, Oh, I finally have a story to tell."

"Now that I'm a lot older, I'm not in a band, I was able to really sit down and dig deep and learn how to write a comic book. [Collapser co-writer] Shaun Simon and Gerard really helped make me get my footing. I was always bouncing ideas off of both of them," Mikey continued. It was important for him to depict and explore anxiety in his series. Having Gerard as a resource, as well as having an offbeat imprint to call home, only made taking that risk easier. "I don't feel like a mainstream comic is going to dive into the issues that we dive into with [Collapser], and that's why I'm so grateful for it. I'm grateful for the opportunity of having an imprint with Young Animal, where it's a little to the left," Mikey said. "I feel like it's got one foot in the weird and one foot in the normal."

Of course, Mikey isn't the only one learning as he goes—Gerard also feels like he's still growing each time he puts his pen to the page. After seeing that Umbrella Academy became more diverse when it transformed into a Netflix series, Gerard took note. "I try to apply that to everything I do now," he told me, admitting that prioritizing diverse storylines is "something that should've been in my head years ago." He added, since The Umbrella Academy's debut, "I learned to become a better listener, and listen to other people's stories and become inspired by those stories. I want to see that representation in the book."

As The Umbrella Academy continues on-page and -screen and the Ways continue to expand upon their passion for comics, Gerard leaves his plans for the future quite open. "All I see in the future is to keep challenging myself and try different things and go a different path," he tells me. "If the audience wants to follow me on the journey, that makes me extremely lucky and happy. I'll keep trying to make the best work that I can make."