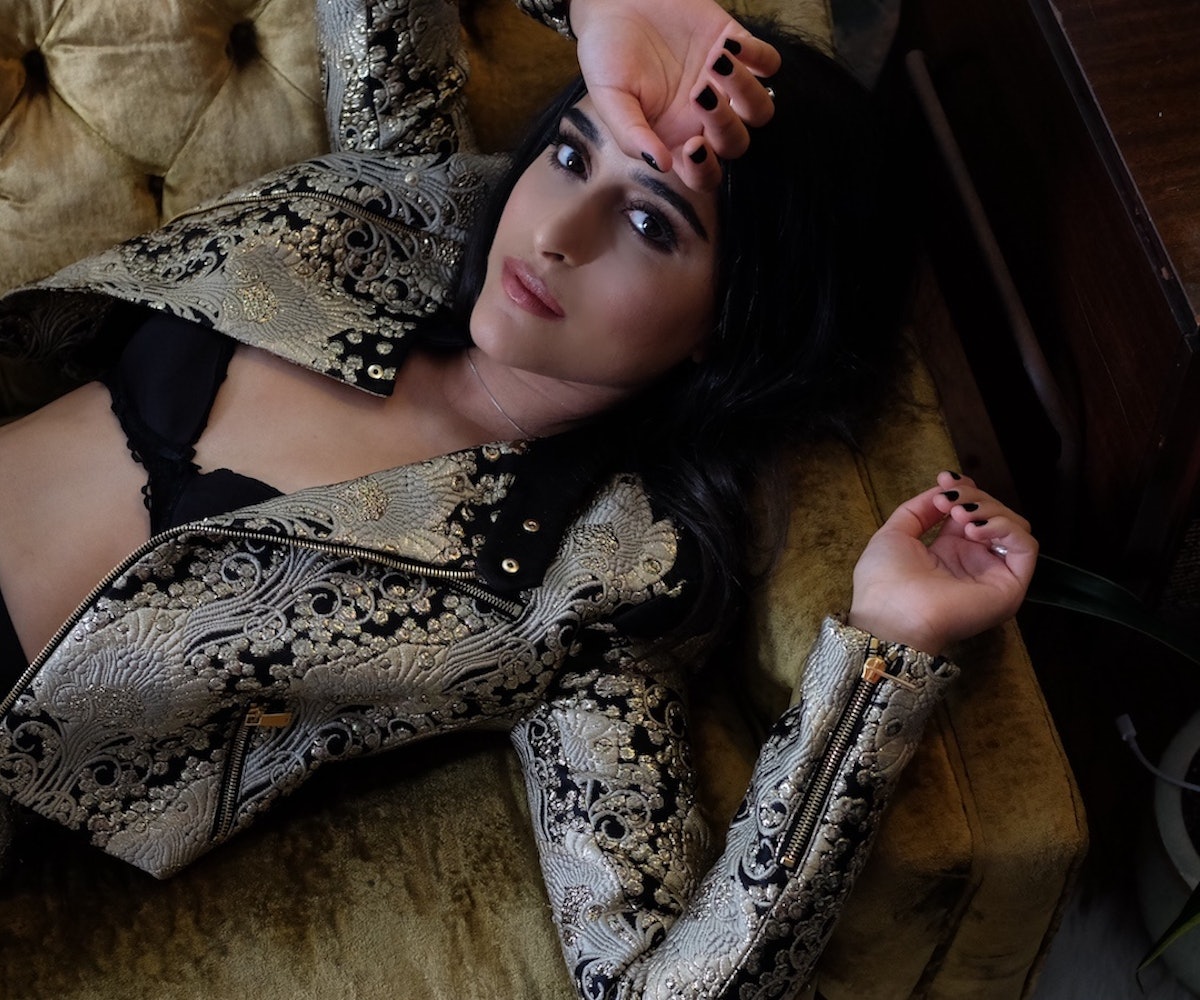 Gia Woods is here with the queer breakup track you've been waiting for. After teaming up with Jesse Saint John and Jake Wilson, she's created a music video for "New Girlfriend" that'll have you instantly swiping right on some hotter, smarter, better people. Today, she shares the visuals exclusively via NYLON.

Back in 2015, Woods released a video that would be referred to as her coming-out, and she's been stealing hearts and dropping sick tracks ever since. Now, with "New Girlfriend," she's serving up the lesbian diss that satisfies all the same petty cravings of Ariana Grande's "break up with your girlfriend, i'm bored," and Avril Lavigne's "Girlfriend," but is free of any internalized misogyny.

"The video was inspired by '90s Calvin Klein, and it represents the people that walk in and out of your life in your early 20s: looking for love, making mistakes, and discovering what suits your taste," Woods told NYLON. She said, "This is one of my favorite videos I've ever done. I got to hand-select each model, which was so much fun! I basically messaged people I thought could work for the video and all the models were so open and down." Who wouldn't be down to look hot for the sake of a banger?

Absorb all of Gia Woods' "New Girlfriend" magic, below.